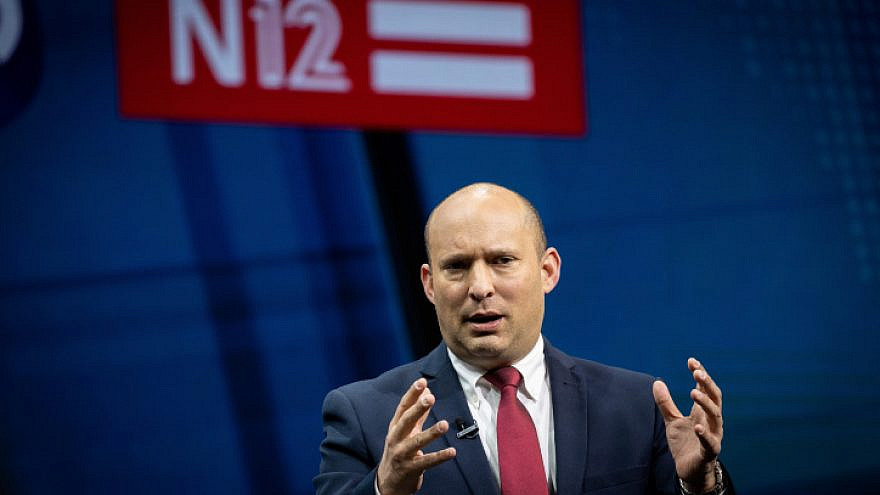 (March 12, 2021 / Israel Hayom) It took a while, but the right-wing bloc can now garner 61 Knesset seats on Election Day. On one hand, this is good news for Israeli Prime Minister Benjamin Netanyahu as it bolsters the right-wing camp’s confidence that what could not be achieved in the last three elections can become reality. The achievement is even more impressive because this is the case even if the Blue and White, Labor and Meretz parties all make it into the Knesset.

Yet Netanyahu will only have the 61 seats he needs to form a coalition if Yamina head Naftali Bennett agrees to join his government. If Likud’s aggressive anti-Bennett campaign in recent days is any indication, the prime minister doesn’t seem too confident that will happen. After months in which the battles on the right were waged between the Likud and Gideon Sa’ar’s New Hope Party, it looks like another team is poised to take on the leaders in the nationalist camp.

According to an i24News-Israel Hayom poll carried out by the Maagar Mochot Institute, if the elections were to be held today, the Likud would receive 30 Knesset seats. Yesh Atid would receive 18, and Yamina, which has overtaken New Hope for third place, would receive 11 seats. New Hope, which appears to be losing momentum, is predicted to garner 10 seats. Shas is predicted to gain eight seats, compared to the United Torah Judaism party’s seven. The Religious Zionism Party is expected to garner five seats.

Asked who is best suited to serve as Israel’s leader, Netanyahu continues to lead the pack at 37 percent, followed by Yesh Atid’s Yair Lapid at 19 percent. Twenty-one percent of respondents either said they didn’t know or provided other names.

A majority, 53 percent, of respondents, said the economy should be the top priority of the next Knesset. The second most important issue according to respondents was the coronavirus at 18 percent, followed by societal rifts at 15 percent. Just 4 percent of respondents said Iran’s nuclear program and diplomatic issues were a top priority for them.