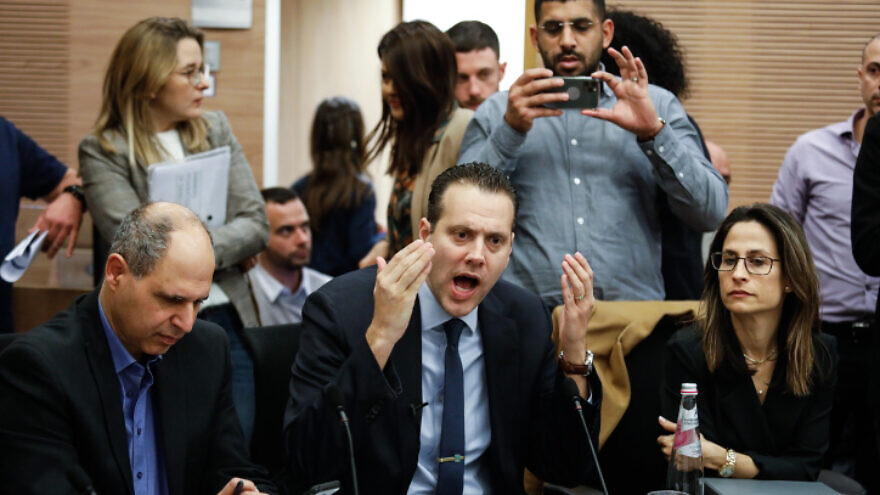 (August 19, 2020 / JNS) A Knesset committee meeting that was to have approved a bill to postpone the Aug. 25 deadline to pass a state budget adjourned without result on Wednesday following a disagreement between coalition partners Likud, and Blue and White.

The bill, proposed by Knesset member Zvi Hauser (Derech Eretz), seeks to extend the deadline until Dec. 3 and was passed in its first reading on Aug. 17. If it is not passed in its second and third readings by midnight on Monday, Israel’s coalition government will collapse and the country will head back to elections—its fourth in two years.

During the Knesset Finance Committee meeting on Wednesday, coalition chairman MK Zohar of the Likud stated that his party would continue to support the proposed legislation only if certain conditions are met.

These included budget allocations for religious Zionist educational institutes and yeshivahs, as well as programs assisting children and youth at risk and aimed at bridging socio-economic gaps. Another of the conditions was the stipulation that the state budget include 5 percent “flexibility,” meaning that the government could waver from the exact spending detailed in the budget.

Zohar’s comments drew objections both from opposition representatives and from Blue and White, the Likud’s main partner in the government.

“Miki Zohar said things which are not with the knowledge of the coalition,” said Blue and White MK Eitan Ginzburg.

As a result of the disagreement, the committee adjourned without approving the bill.

After a committee vote, the full Knesset will have to pass the bill in its second and third readings.

Not meeting the deadline to pass the budget would force a new Knesset election. In its current wording, the legislation under discussion would give the government until Dec. 3 to pass the state budget bill in parliament.