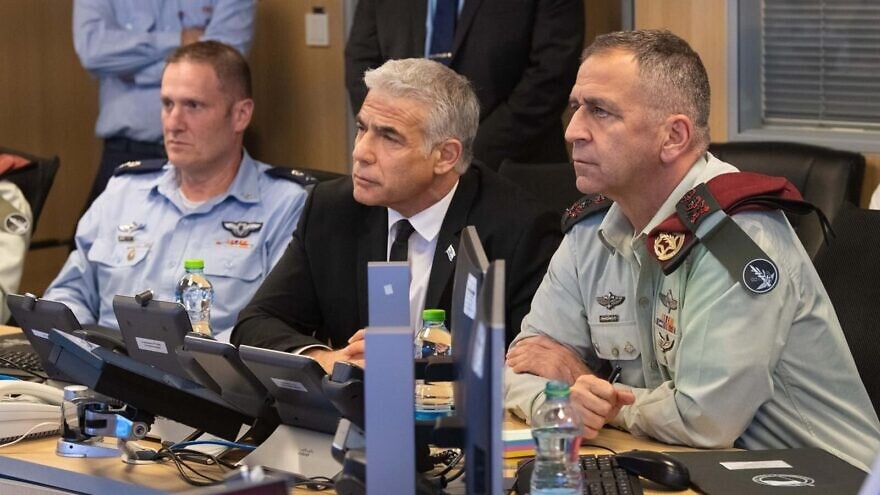 “The strategic cooperation with the United States and other countries strengthens the capabilities of the IDF against the challenges in the Middle East, led by Iran. We have partners in the sky and on the ground, but we also have the right to act as we see fit and defend the State of Israel,” said Lapid, according to a statement from his office.

The two-day exercise, launched on Tuesday, is being conducted over parts of Israel and the Mediterranean Sea, and includes long-range flights such as those Israeli pilots would be required to undertake to reach Iran.

A London-based Saudi news site reported in August that Israel and the United States had simulated air strikes on Iran and the seizure of Iranian warships in the Persian Gulf. It also said Israel had flown aircraft in Iranian airspace in the preceding months.

Iran recently began enriching uranium to 60% at its underground Fordow nuclear site and, as of Oct. 22, had amassed 137 pounds of the substance, more than enough to produce a bomb if enriched to 90%, or weapons-grade.

IDF Military Intelligence Directorate chief Maj. Gen. Aharon Haliva said last week that Iran would soon start enriching at least a “symbolic” amount of uranium to 90%, although he added that it was unlikely to make a dash for the bomb.