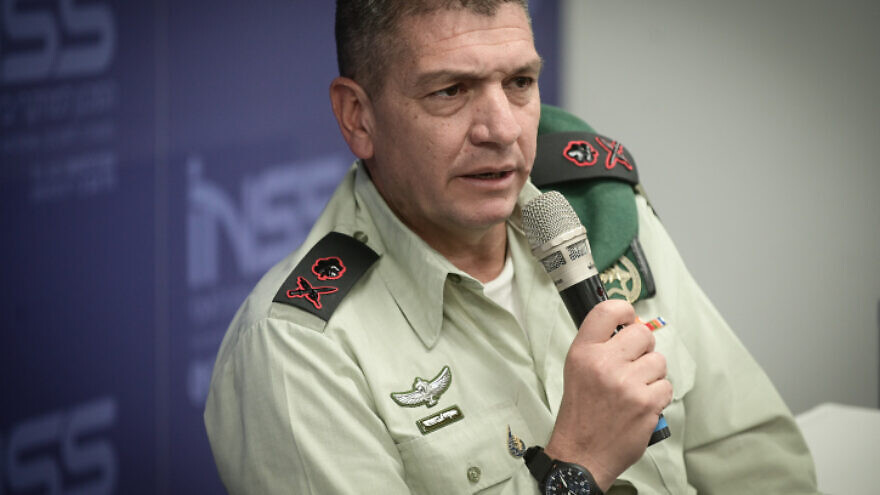 (November 21, 2022 / JNS) Iran will soon begin enriching at least a “symbolic” amount of uranium to 90%, although it is unlikely to make a dash for the bomb, IDF Military Intelligence Directorate chief Maj. Gen. Aharon Haliva said on Monday.

Speaking at conference organized by the Institute for National Security Studies, Haliva warned that Tehran had made “significant progress” on its nuclear program, and that the international community would soon face its “greatest test” in preventing the Islamic Republic from obtaining the bomb.

Haliva also revealed that Iran has considered launching a terrorist attack at the World Cup soccer tournament, which began on Sunday, but is concerned that such a move would negatively impact on host nation Qatar.

Furthermore, the Iranian regime currently is not, in his estimation, at risk of being overthrown, despite ongoing protests in the country, international sanctions and growing anger over its military support for Russia in the war in Ukraine.

Haliva’s comments come a day after IDF Chief of Staff Lt. Gen. Aviv Kohavi arrived in the United States for a five-day visit that will focus on Iran’s nuclear program and regional expansionism, and after the 35-nation board of governors of the United Nations’ International Atomic Energy Agency passed a resolution ordering Tehran to cooperate immediately with an investigation into uranium traces discovered at three undeclared sites.