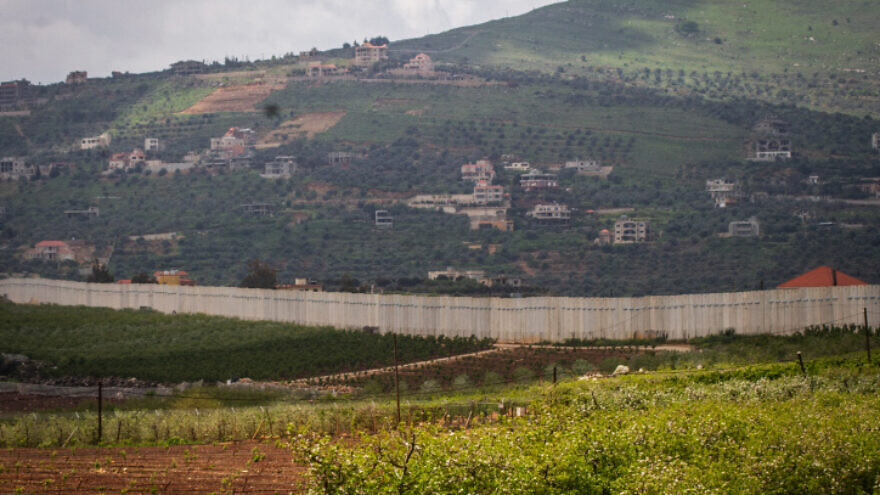 A view of the border fence between Israel and Lebanon as seen from the Northern Israeli town of Metula, on April 20, 2019. Photo by Flash90.
Spread the word.
Help JNS grow!
Share now:

(May 28, 2020 / JNS) Lebanese Prime Minister Hassan Diab visited the U.N. peacekeeping force UNIFIL near the border with Israel on Wednesday as Israel calls for changes to its mission as it comes up for renewal

The peace force was “necessary and urgent” within the context of “violations by Israel of Lebanon’s sovereignty by land, sea and air,” said Diab, according to an AP report.

The visit comes as Israeli and Lebanese officials argue about the UNIFIL mandate.

Hassan Nasrallah, head of the terrorist group Hezbollah, which has de facto control of Lebanon, said on Tuesday night that the group would not let any changes to UNIFIL’s mandate be more proactive and search areas.

“They want to reduce UNIFIL numbers? Go ahead. Increase them? Go ahead. But we consider expanding its mandate an infringement on Lebanese sovereignty,” he said, according to the report.

Israeli Ambassador to the United Nations Danny Danon said earlier in May that major changes need to be made in the operations of the UNIFIL peacekeeping mission in southern Lebanon.

“We have seen that slowly there [are fewer] places that the troops in the peacekeeping operation can actually travel in southern Lebanon. So we want them to have full freedom of movement,” said Danon according to an AP report.

“I have discussed it with the commander of the force, and we tell them, ‘You are there, you cannot move, and you can’t inspect, so why you are there?’ ” posed Danon.