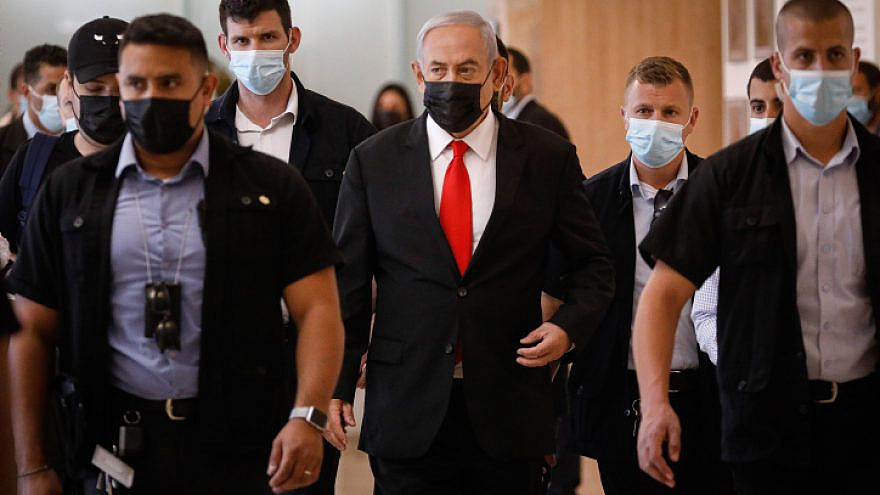 (April 20, 2021 / JNS) Israel’s ruling Likud Party lost a key Knesset vote on Monday, giving opponents of Israeli Prime Minister Benjamin Netanyahu a narrow majority in a newly formed Arrangements Committee. The committee sets the parliamentary agenda during the current interim period between an election and the forming of a formal coalition government.

Likud had hoped that by achieving a majority within the committee it could pass new legislation to solve Israel’s protracted political crisis with a special direct popular vote for prime minister between Netanyahu and current opposition leader Yair Lapid—a vote Netanyahu would win according to most polls. Opponents of the prime minister can now block such legislation.

Likud’s chances for a majority were dashed when the Islamist Ra’am Party, whose support Netanyahu had been courting, threw their votes behind opposition leader Yair Lapid. The right-wing Yamina Party, led by former Netanyahu-ally Naftali Bennett, abstained. The final vote went in favor of the opposition, 60-51.

The newly formed committee may also now be able to propose new legislation which would prevent Netanyahu from forming a government, either on the basis of term limits or due to the criminal trials in which Netanyahu is currently a defendant.

A similar parliamentary maneuver was attempted following Israel’s third election, yet ultimately the legislation was not brought up for a vote, and a unity government was formed between Netanyahu and his then-primary challenger Benny Gantz.

Following Monday’s vote, Netanyahu laid the blame on the leader of the Religious Zionist Party, Bezalel Smotrich. Netanyahu reportedly slammed Smortrich’s “provocations” against members of the Arab Ra’am Party, who subsequently threw their support behind Lapid.

“Smotrich’s provocations against Ra’am’s people is what caused [Ra’am leader] Mansour Abbas to go to the other side,” said Netanyahu.

“He caused us to fail,” Netanyahu told senior Likud members, according to a report by Kan Radio.

Abbas, for his part, claimed that his party is not “in the pocket” of any bloc. “We support ourselves and we reserved the right to be the deciding factor,” he told Kan.

During Monday’s Arrangements Committee meeting, Likud member and deputy Knesset chairman Miki Zohar stated that his party “already understands and has internalized that we are on the way to the opposition,” according to the Knesset Channel.

Asked by senior Joint Arab List member Ahmed Tibi who would be the next opposition chairman, Zohar replied, “Benjamin Netanyahu.”

Meanwhile, Netanyahu still has two weeks to form a government before his mandate to do so is turned over by Israeli President Reuven Rivlin to either Lapid or the Knesset. And while Netanyahu’s chances to form a coalition are dwindling, it remains unclear whether Lapid, Bennett or any other Knesset member could succeed in forming an alternative government.