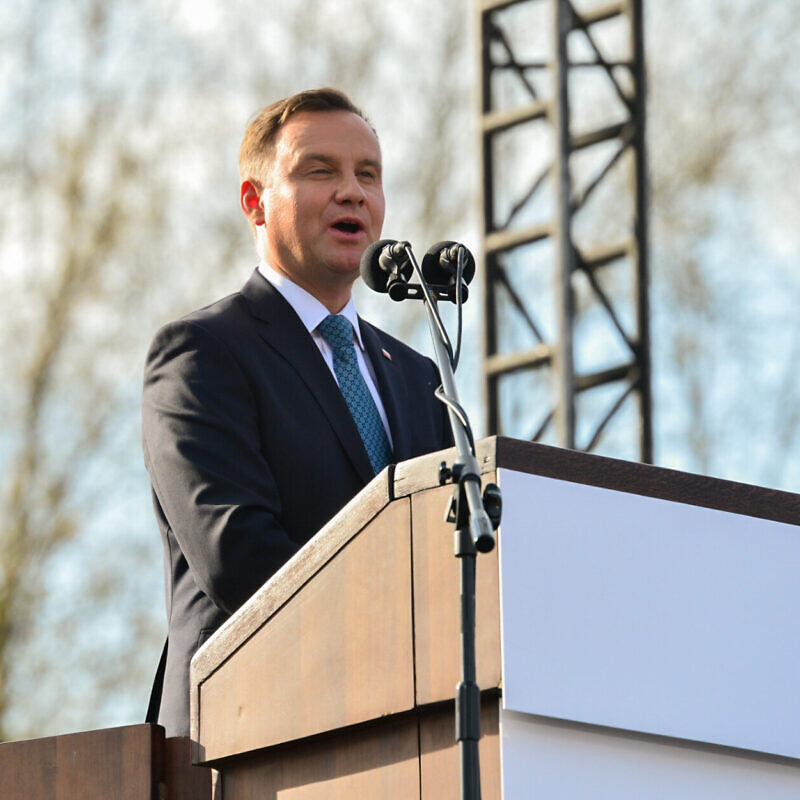 briefPutin, Netanyahu inaugurate Leningrad memorial in Jerusalem
The Memorial Candle monument in the capital’s Sacher Park honors the hundreds of thousands of Russians who died during the 900-day Nazi siege of Leningrad. 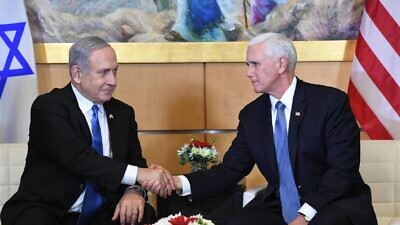 news
Netanyahu, Gantz to visit White House amid reports of Trump revealing Mideast peace plan
Jackson RichmanJNS
Two major party leaders don’t “come to Washington just for a conversation,” which poses questions as to why an initiative would be released a month before the third round of Israeli elections, says Aaron David Miller, a former Mideast negotiator. 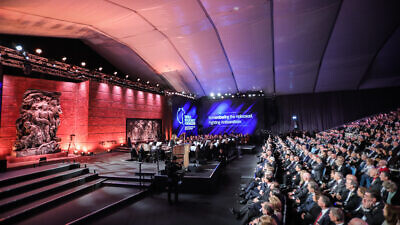 news
Leaders from World War II’s Allied powers address World Holocaust Forum in Jerusalem
JNS
U.S. Vice President Mike Pence called on the world to unite against growing anti-Semitism, and notably called out Iran for its Holocaust denial and threats to wipe out Israel.
briefRivlin addresses more than 40 world leaders ahead of World Holocaust Forum
“I hope and pray that from this room, the message will go out to every country on earth that the leaders of the world will stand united in the fight against racism, anti-Semitism and extremism, in defending democracy and democratic values. This is the call of our time,” said Israel’s President Reuven Rivlin.
newsBipartisan resolution to be introduced marking 75th year of liberation of Auschwitz
“Nearly 75 years ago, Allied troops liberated Auschwitz and saw with their own eyes the Nazi regime’s evil and barbaric persecution of Jews and other minorities,” said Grace Meng (D-N.Y.). “Since then, the United States has resolved to teach future generations about the Holocaust, and why anti-Semitism and bigotry must be fought whenever and wherever these acts of hate occur.” 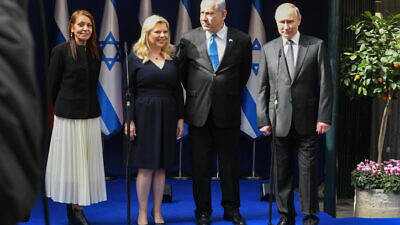 brief
Putin tells Naama Issachar’s mother that ‘everything will be fine’
JNS
Russian President Vladimir Putin reassures Yaffa Issachar, whose daughter is imprisoned in Russia on drug charges, after meeting her together with Israeli Prime Minister Benjamin Netanyahu in Jerusalem. 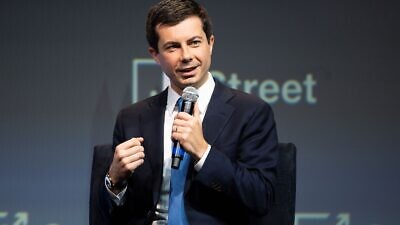 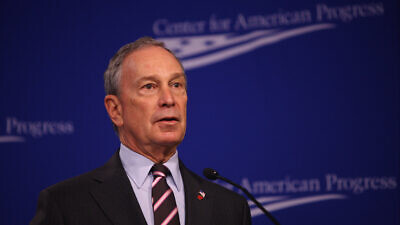 brief
Bloomberg criticizes withdrawal from Iran deal, despite opposition to it
JNS
“The U.S. withdrawal has allowed Iran to abandon its own obligations under the deal and has left the world with few tools to stop it,” according to a campaign spokesperson. 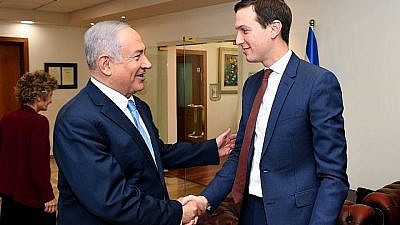 brief
Weather forces cancellation of Kushner’s visit to Israel
Ariel KahanaIsrael Hayom
Those working on the Trump administration’s Mideast peace plan are expected in the Jewish state soon to discuss details ahead of its release.
Link
All you need to know about World Zionist Congress elections
38th World Zionist Congress 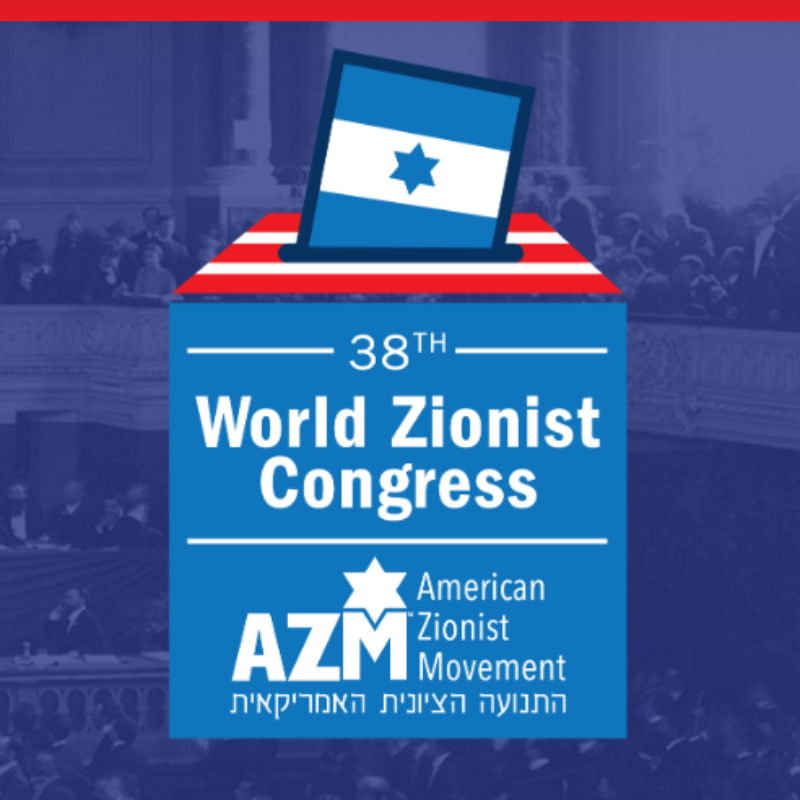 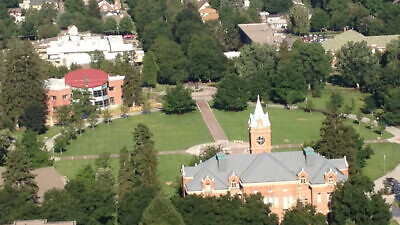 brief
University of Montana president condemns hateful email sent to staff, faculty
JNS
It reportedly consisted of an attached flier that included a link to the Nation of Islam’s book “Jews Selling Blacks.” Recipients were urged to print and distribute “a few hundred or thousand” copies of them. 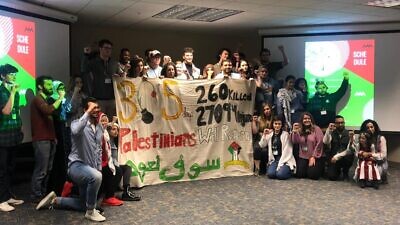 news
Pro-Israel groups urge University of Michigan to cancel SJP conference featuring ‘vicious’ anti-Semites
Sean Savage and Jackson RichmanJNS
The conference comes after the U.S. Department of Education’s Office for Civil Rights launched two investigations into UCLA for its repeated failure to “prevent a hostile campus environment for its Jewish campus community in direct violation of the school’s Title VI obligations.”
ColumnThe end of college can be the beginning of new activism against BDS
Joel Bond
Student leaders don’t have to end their campus involvement after they graduate. Here’s how they can scale their impact.
feature
New head of ORT America aims to rebuild its base, expand its visibility
Carin M. SmilkJNS 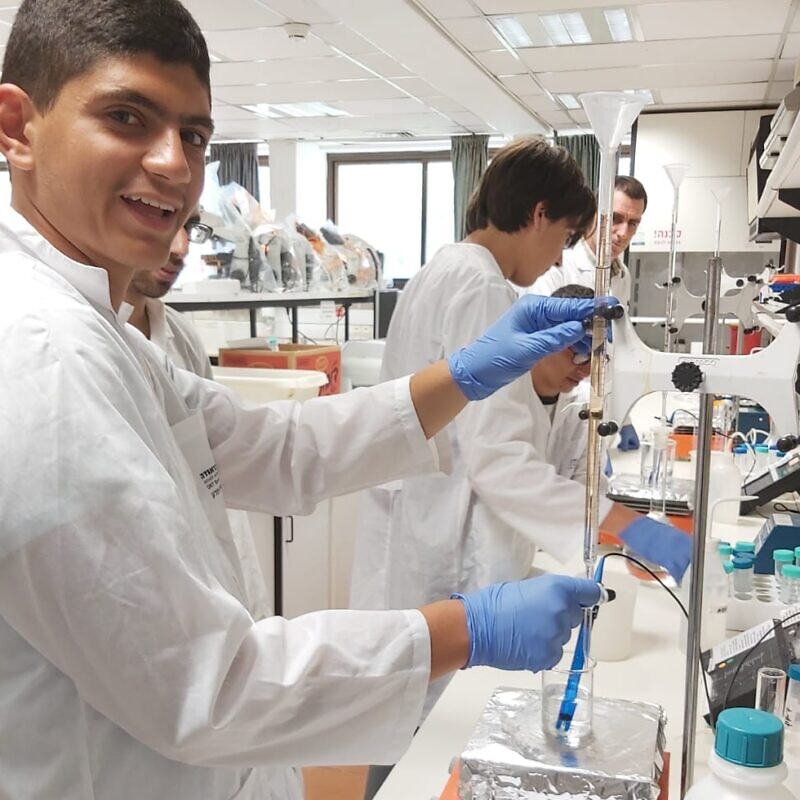 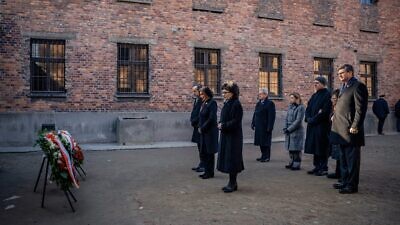 brief
Congressional group visits Auschwitz ahead of 75th anniversary of liberation
JNS
“Our delegation was deeply moved by our visit to Auschwitz-Birkenau. We came to commemorate 75 years since its liberation and to reaffirm our commitment to ensuring that the horrors of the Holocaust will never be repeated,” said House Speaker Nancy Pelosi.
briefPew study: Most Americans know dates of Holocaust, but not number of Jews killed
According to Pew, “the data suggests that respondents who get more questions right also tend to express warmer feelings toward Jews.” 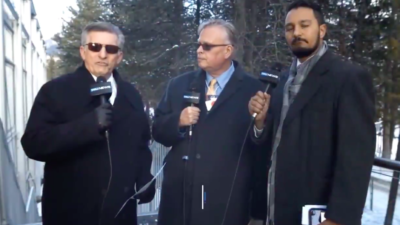 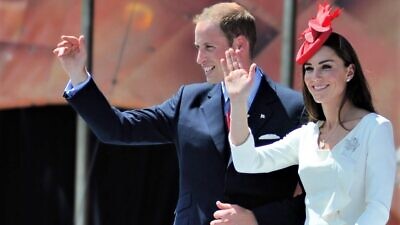 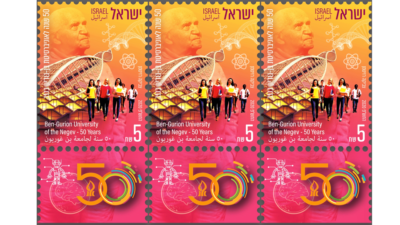 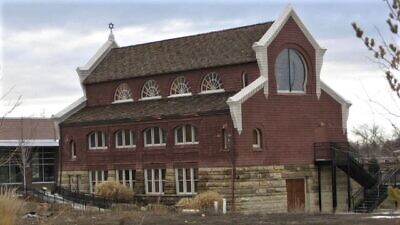 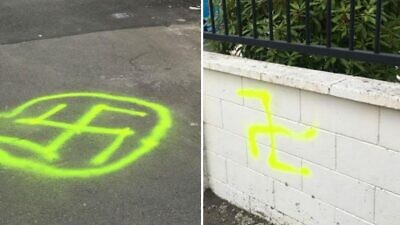 brief
Swastikas on synagogue as New Zealanders spar over absence at Holocaust forum
JNS
“Events over the past year and beyond have left us with a sense of insecurity and vulnerability. I’m upset and outraged by it—that we are targeted like that—but at the same time I’m not entirely surprised,” said Temple Sinai chair Matthew Smith.
feature
Anti-Semitism and Holocaust education in Morocco
B. ChernitskyMEMRI 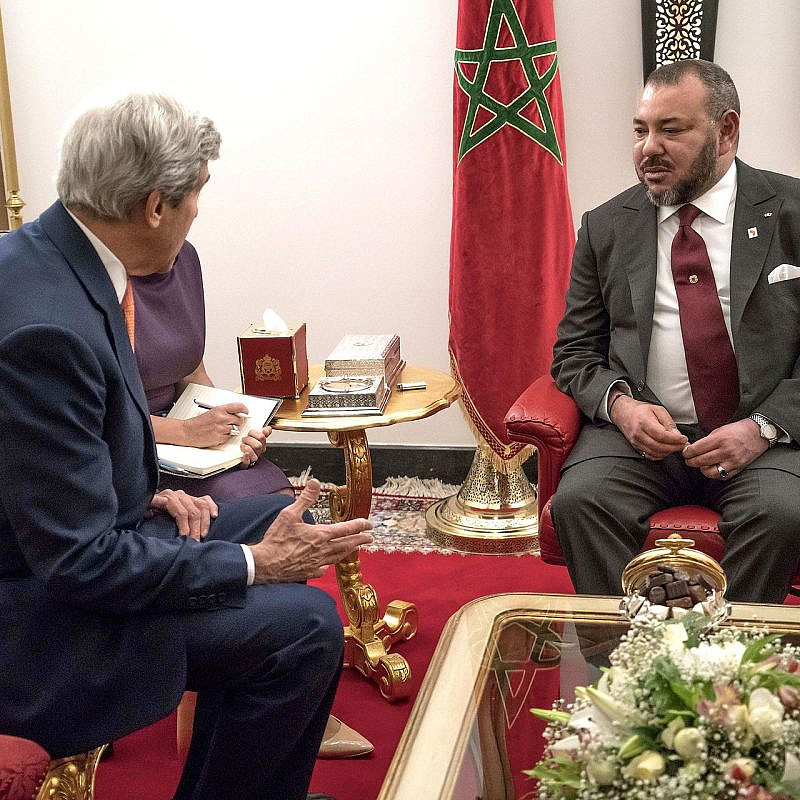 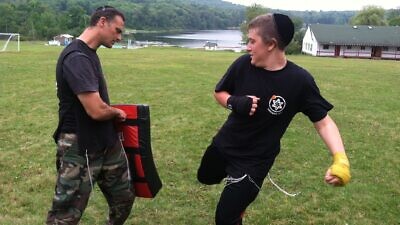 news
Krav Maga, self-defense become new buzzwords in Jewish communities
Eliana RudeeJNS
With an uptick in anti-Semitic attacks in the United States and elsewhere, individuals and organizations work to help secure Jewish institutions and teach skills to those who protect them.
briefMetro New York organization seeks to empower Jews through self-defense
Legion is about “restoring deterrence,” according to one of its leaders, Lance Drucker, noting that the ultimate goal is that when “evil looks at us, they will not see a victim, but an opponent and walk on by.” 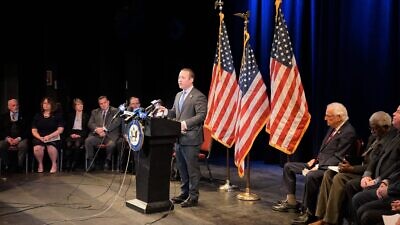 news
New Jersey Rep. Josh Gottheimer on tensions with Iran, security for synagogues
Jackson RichmanJNS
Anti-Semitism is rearing its ugly head in other ways, he says—not just in temples, but in communities, and in local governments and schools, not to mention on campaign signs. 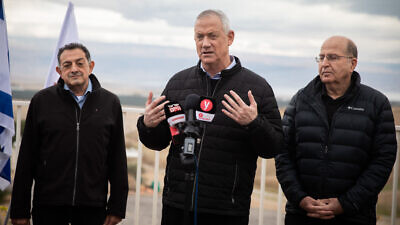 news
Gantz swerves to the right in voicing support for Jordan Valley annexation
Dov LipmanJNS
Ya’alon, who now is No. 3 in Blue and White, told JNS that “the Jordan Valley is the eastern border of the State of Israel forever,” and that this has always been Blue and White’s platform and belief.
Featured ColumnJonathan S. Tobin
Gantz sends a message to American liberals, but are they listening?
The Blue and White leader’s embrace of annexing the Jordan Valley is the product of a broad Israeli consensus on the lack of a peace partner that Americans ignore.
briefNetanyahu vows to annex Jordan Valley, settlements ‘immediately’ if elected
Blue and White leader Benny Gantz’s pledge to annex the Jordan Valley is a bluff, says Israeli Prime Minister Benjamin Netanyahu at Likud Party campaign launch ahead of March 2 elections.
feature
Amid surging anti-Semitism, 75th commemoration of Auschwitz liberation comes at crucial time
Deborah FineblumJNS

briefFrench society agrees on magnitude of anti-Semitic crisis, reveals AJC survey
Some 70 percent of French Jews say they have been victims of at least one anti-Semitic incident in their lifetime, with 10 percent reporting they have been attacked several times.
Featured ColumnMelanie Phillips
The West mourns the Jewish dead. But what about the living?
It’s clear that all this Holocaust memorializing and education hasn’t put anti-Semitism back in its putrid box.
briefNetanyahu equates Iran’s nuclear program to the Nazi genocide
In a TV interview ahead of the Fifth World Holocaust Forum, Israeli Prime Minister Benjamin Netanyahu says the lesson of Auschwitz is to “stop bad things when they’re small—and Iran is a very bad thing.” 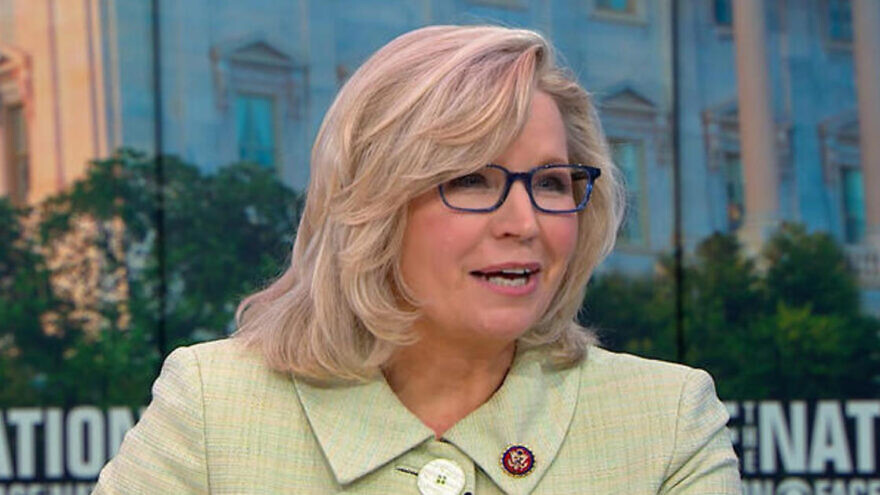 Fifteen of the Turkish leader’s security guards were charged with charges against 11 of them being dropped in March 2018. Two Turkish-American collaborators were sentenced to one year and a day behind bars the following month.

According to Turkish officials, U.S. President Donald Trump apologized to Erdoğan following the charges. The White House has denied this.

“This behavior is sadly routine for President Erdoğan on Turkish soil,” wrote Cheney, chairwoman of the House Republican Caucus, in a letter first reported by The Washington Examiner. “It is wrong and disturbing there, and it is an affront to American values and entirely unwelcome here. The Erdoğan regime’s use of violence against innocent civilians anywhere is inhumane, uncivilized and unacceptable.”

Protests against Erdoğan are expected to take place ahead of his visit this week to Washington, D.C

Last month, the United States abruptly withdrew  U.S. troops from northeastern Syria following a phone call between Trump and Erdoğan in what many have criticized as a betrayal of Kurdish allies by giving the go-ahead for Turkey to invade that part of the country. Trump backtracked and said a small U.S. military presence will remain in Syria to protect the region’s oil.

The United States will keep between 500 and 600 troops in the country, announced the top U.S. military officer on Sunday, Gen. Mark Milley, chairman of the Joint Chiefs of Staff, told ABC’s “This Week” on Sunday.