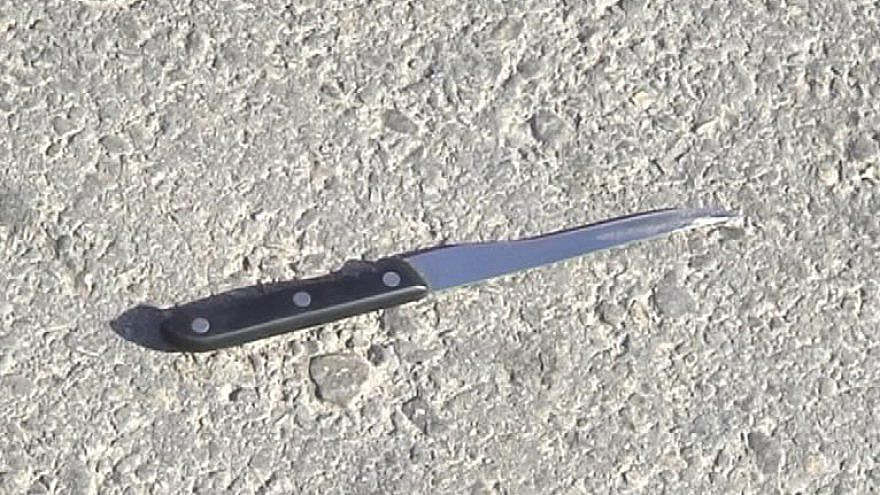 A knife used in an attempting stabbing of an Israeli soldier in October of 2005. Credit: Flickr/IDF.
Spread the word.
Help JNS grow!
Share now:

(March 9, 2021 / JNS) A Palestinian woman armed with a knife infiltrated the Sde Ephraim farm in Judea and Samaria on Monday and attempted the stab the owner’s wife, reported the Israel Defense Forces.

“The terrorist was arrested by locals. Security forces are operating in the area,” said the IDF.

The farm is located south of Qalqilya in the Binyamin region. A month ago, an attack at the same farm was thwarted when a security guard shot a Palestinian man attempting to infiltrate the farmhouse.

In that incident, a resident of Ras Karkar, a village outside of Ramallah, approached the farm in a vehicle at high speed, stopped at the doorstep of the farmhouse and attempted to break through the front door while shouting “Allahu Akbar” (“God is great” in Arabic).

Also on Monday, Israeli forces stopped an attempted stabbing attack in the town of Tubas in northern Judea and Samaria. The assailant was shot and killed, while one of the Israeli soldiers suffered light wounds in the incident, according to the military.