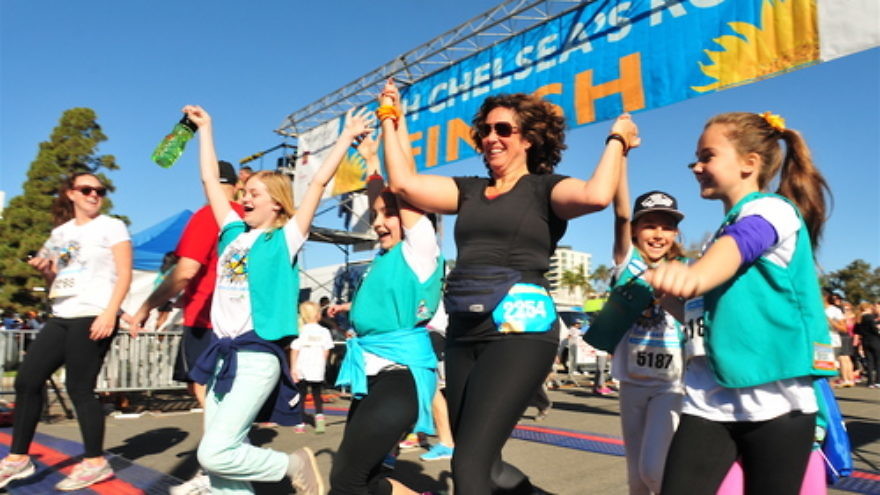 (August 4, 2015 / JNS) Cindy Marten respects private educational institutions in the Jewish community and elsewhere, but at the very least, she believes that Jewish parents should give public school a chance.

The superintendent of San Diego Unified School District—California’a second-largest school district and the eighth-largest in the country, serving 109,785 enrolled students across 180 schools K-12—Marten calls a strong public school “a foundation of a healthy city and a healthy community.”

“The foundation of our democracy is a high-quality public education system, and I want our families and our [Jewish] community to understand that you don’t have to go to private school to get a great education,” she says in an interview with JNS.org. “At some point, people had this belief system that the public schools are the worst choice… and they feel like they’re letting the kids down somehow… I would challenge our community to say, go to your local neighborhood school. Meet the principal. Take a tour of the school. Ask questions. And if your local school is not what you want it to be, guess what? Make it what you want it to be. We work for you. The taxes that you pay, they pay for public education.”

Born in Chicago, Marten and her family later moved to San Diego and joined Temple Emanu-El, a Reform Jewish synagogue. While she did not have a bat mitzvah, Marten had her confirmation at Emanu-El and recalls that her mother Fern Siegel—a former president of San Diego’s Jewish Family Service branch—raised her with the Jewish value of “taking care of your community.”

“She always says charity begins at home. You help your family first, and you help your community,” says Marten, 48.

In fact, while growing up with a brother with a mental disability, the opportunity to help and provide for was always close to home for Marten. It was ultimately what inspired her to become a teacher.

Her career in education, which now involves her ambition to transform public schools, did not begin in that space. Instead, Marten’s first seven years as a teacher came at Congregation Beth Israel of San Diego’s day school. There, while working with a group she characterized as “students that came from privilege,” Marten says she realized that the students weren’t only succeeding because they came from affluent or highly educated homes, but because they received “great teaching.”

“I realized that I wanted to bring what I knew with the students I worked with [at Beth Israel] into a setting with students that had more challenges,” says Marten. “And so, I left the private sector and went to public schools. … ‘Do you have to come from privilege and wealth to be able to be successful in school?’ was what I wondered. Do you only get to be successful if both your parents are highly educated, and value education, and have money to put you in a private school? Is that the way to get a good education in this country? I didn’t think so.”

Marten’s first stop in public education was in the Poway Unified School District, which she called “a high-performing district here in San Diego with a great zip code.” But Marten worked as a literacy specialist at Los Penasquitos Elementary School, one of the district’s lowest-achieving schools.

“Teaching 3rd grade, half of my class seemed to be a lot like the Beth Israel kids, and half seeming to struggle and come from poverty,” she says.

Yet Marten says she realized that “it didn’t matter if they came from the apartments or the houses… It was my job to teach all of them, and not separate who can achieve and who cannot.”

“After seven years being in Poway Unified, I realized that, going back to my Jewish faith and thinking about my community… I knew that I could make a difference in my community and continue to contribute in a broader way,” she says.

Marten says her belief system is that “your demography doesn’t determine your destiny,” and that “if we provided students the right access and opportunity, the achievement gap will be completely closed, and it was a matter of educators being able to provide that.”

Moving on to the San Diego Unified School District, Marten didn’t go in thinking she would become the superintendent. She had no administrative credential, and says that was never even a goal for her. Rather, she says the goal “was to create incredible educational experiences for all children, even children who come from struggle and poverty.”

At Central Elementary School, Marten says she “showed up there 12 years ago to figure out what it would take to bring high-quality private school-type learning experiences into the inner city, and take on every single one of the risk factors that was impeding students’ learning.”

“That’s what our country is founded on, and my Jewish roots are in valuing education and valuing human contribution,” she says. “Every child has a gift, and it’s our job as educators to unlock the genius inside every student and create conditions that make that happen.”

Marten eventually became the principal of Central Elementary and did get her administrative credential, after all. In 2013, when San Diego Unified’s superintendent was planning to retire, the district’s board of education approached her about being the next superintendent.

“It wasn’t because we were focused on test scores,” Marten says. “We were focused on the whole child, bringing art and music and science… [in private school] you got a fully integrated, robust, well-balanced, beautiful, gorgeous education, which the Jewish community values so much. And then you go to inner-city schools, and they eliminated the arts, and their campuses aren’t gorgeous. There’s just an inequity. But those are all just adult decisions. And so my goal [at Central Elementary] was to create those beautiful, robust, rich, broad, challenging learning environments for all my students.”

In 2009, San Diego Unified’s board of education passed a community reform initiative called “Vision 2020,” which promised a quality school in every neighborhood. The board saw that Marten’s school lived up to the policy’s 12 characteristics of a quality school and sought for her to translate that success to schools across the district. It remains her task at the start of her third year as superintendent.

“There’s a very clear commitment from me and from the board of education that this is a life and social justice agenda as much as it’s an education agenda,” says Marten.

Asked by JNS.org what she would tell Jewish parents who are apprehensive about considering the option of public school for their children, Marten says, “Before you just decide the local [public] school is not good… get engaged with your local school, even before your kids go to it. Go find out what’s happening, and once you get engaged, you can follow up, and then you can get married. Then you can stay committed to public education.”

Marten also says parents should not judge a school solely by its students’ test scores.

“We’re working in the public school system to produce conditions where students become active, literate, contributing, participating members of their community, and making positive differences, and so I would ask the Jewish community to go deeper than looking up the test scores of a school,” she says. “I know our families want more than just a test score. They want our kids to be seen as a whole individual. They want them to have compassion, empathy, kindness—the things that you can’t measure in a test score.”

Other factors to consider when choosing a school, says the superintendent, include: “How do the teachers treat one another and how do they treat children? How does the principal treat you when you walk in? What does the front office say to you?”

If those conditions aren’t to your liking as a parent, says Marten, you have the power to create change.

“Transform your neighborhood public school,” she says. “Have it be what you want it to be, because it belongs to you.”