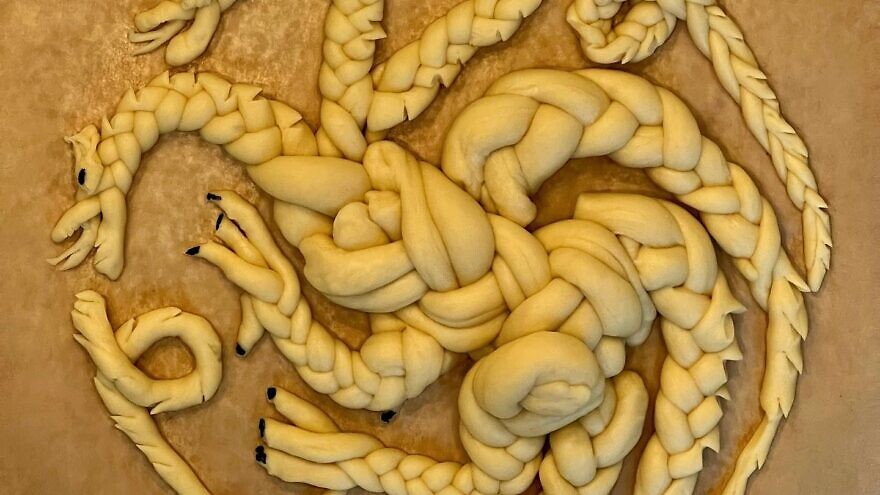 (December 9, 2022 / JNS) Growing up in New York state, Freddie Feldman never made a challah. But the Skokie, Ill., resident is on a hot streak, having made a challah or matzah every Friday for the past 138 weeks. And he isn’t cooking up any regular kind.

The 48-year-old, who calls himself a “challah artist,” has made the breads in the shape of everything from George Jetson to the Targaryen symbol from “Game of Thrones” to the mask from “Black Panther” (as the sequel is currently in theaters).

So, why did Feldman feel the “knead” to do this? 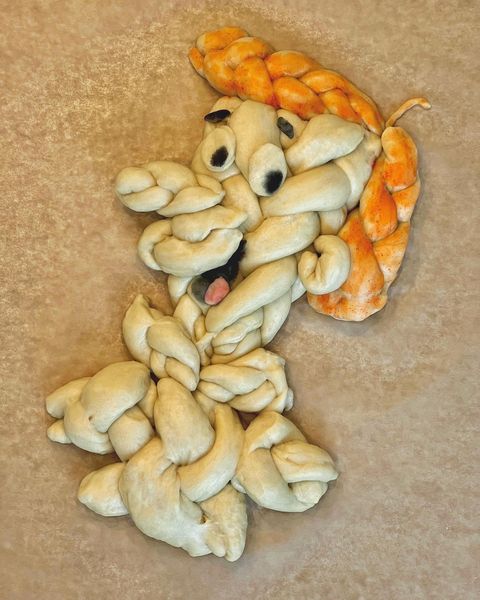 “The pandemic hit, we were locked in, and people were baking everything,” Feldman told JNS. “It was funny that I realized I somehow never made a challah. I first made a honey challah. Then I made a Jewish star and a Hamsa. And I got more creative, and people would ask how I did it.”

Feldman explained that he uses food coloring and fingerpaints the dough, using pumpkin powder for orange or activated charcoal (which can be unhealthy in large amounts) for the “Black Panther” challah.

He said his mother was known as “The Hamantaschen Lady” and sent him tins of the Purim pastries when he left Rockland County in New York state and attended Northwestern University near Chicago. He moved to Skokie with his wife 14 years ago.

Feldman, who attended Jewish day school, has been a member of the Jewish a cappella group “Listen Up!” for nine years; his favorite tune to perform is the solo to The Beatles’ “I Feel Fine” in Yiddish, which has garnered 52,000 views on YouTube. He runs Vocomotion Studios, an award-winning a cappella recording studio, and Vocomotion Labs, which makes products for singers and studios.

Feldman also beatboxes and invented “The Thumper,” a special microphone for vocal percussionists strapped around the throat. His mics were used by performers on shows such as “America’s Got Talent” and “The Sing-Off” on NBC. He said he has a patent for another microphone, yet to be released, designed to help those who have vocal difficulty due to Parkinson’s disease, ALS or multiple sclerosis. Feldman said that when praying the silent devotion as part of the Amidah as an elementary school student, he would call upon God to heal his grandmother Mimi, who suffered from Parkinson’s. 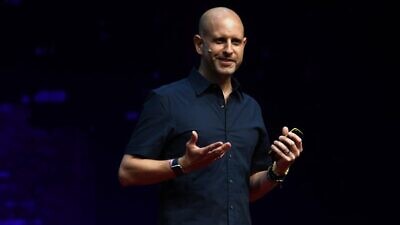 Feldman is the director of Voice and Conversational Interfaces for Wolters Kluwer, a health-tech company. Four years ago, he gave a TEDx Talk in Vienna, Austria, about the need to help people who have a terminal illness.

“We sometimes forget about them, but they still might have things they’d like to say,” Feldman said.

As for his challahs, his Instagram page @thedorkyJewish has more than 3,800 followers. He has collaborated with actor Joshua Malina to raise $5,000 for World Central Kitchen and was commissioned to make a challah of character Sam Manson for Nickelodeon. He said he never runs out of ideas for challahs.

“People are always busy, and I certainly am, but it’s fun to challenge yourself with creative things,” Feldman said.