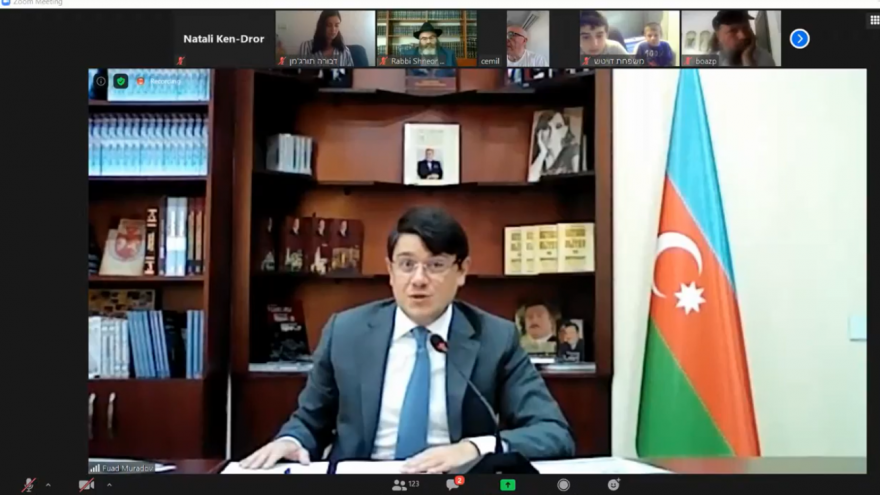 (January 22, 2021 / JNS) Following the ratification of the Abraham Accords, Israeli Minister of Diaspora Omer Yankelevich has held virtual Kabbalat Shabbat services with Jewish communities around the world, sharing the message that now is the time to reach out and support one another.

Among the long list of communities that have taken part, the Jewish communities of Abu Dhabi, United Arab Emirates; Mumbai, India; Warsaw, Poland; Lausanne, Switzerland; Baku, Azerbaijan; and most recently, Helsinki, Finland have enjoyed “live music, learning and sharing” as a part of the Kabbalat Shabbat services.

“Following the historic signing of the Abraham Accords,” the minister told JNS, “we had the incredible opportunity to finally meet and connect with the Jewish communities of the UAE and Bahrain. We had the idea to hold a shared Kabbalat Shabbat over Zoom with the Dubai Jewish community. For thousands of years, Jews have been welcoming in the Sabbath every week. So, too, would we be welcoming each other into our homes and communities. We sang and shared words of Torah and began building bridges of friendship.”

According to Yankelevich, the services are also an opportunity to connect with smaller Jewish communities, learn about their individual character and traditions, and discover new opportunities for future partnerships.

“When we met with the Jewish community of Baku, the Israeli Georgian community attended. Roughly 200 people were part of the virtual event, including Azerbaijan’s chairman of the State Committee on the Work with the Diaspora,” she said. 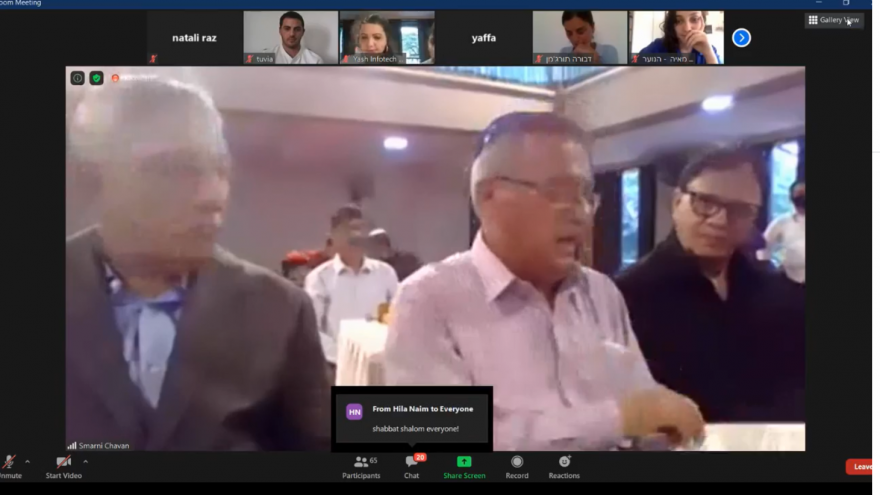 When meeting with the Mumbai Jewish community, a leader showed the menorah they light in their synagogue to bring in Shabbat and sang the Friday-night niggunim (wordless religious melodies).

And when meeting with the community of Warsaw, Rabbi Oriel Zaretsky showed a cherished Torah scroll nearly destroyed by the Holocaust. He shared that the Torah was kept in hiding for years by a non-Jew and was recently returned to the local community, along with three other scrolls, when the then-owner realized that the person next to her in the hospital was Jewish.

The text, as Zaretsky pointed out, uncharacteristically ends with the book of Leviticus as its writing was abruptly halted with the start of the Holocaust.

“Ultimately, through this initiative, we have had the privilege to learn and connect with diverse Jewish communities. Every Kabbalat Shabbat reinforces just how vital each Jewish community is,” said Yankelevich. “With their own unique beauty, they all come together to form the collective mosaic of the Jewish people.”

From Sydney to Frankfurt to Boston

Where the Diaspora ministry has often focused on prominent Jewish areas, the focus of this particular initiative on smaller communities helps highlight and emphasize their importance, especially with the ongoing global coronavirus.

“Smaller Jewish communities reached out and described the distance they felt on multiple fronts—both within their community, and in relation to Israel and the greater Jewish people. We felt the need to strengthen these communities during these difficult times by initiating a shared Jewish experience together, even if it was virtual,” she explained. 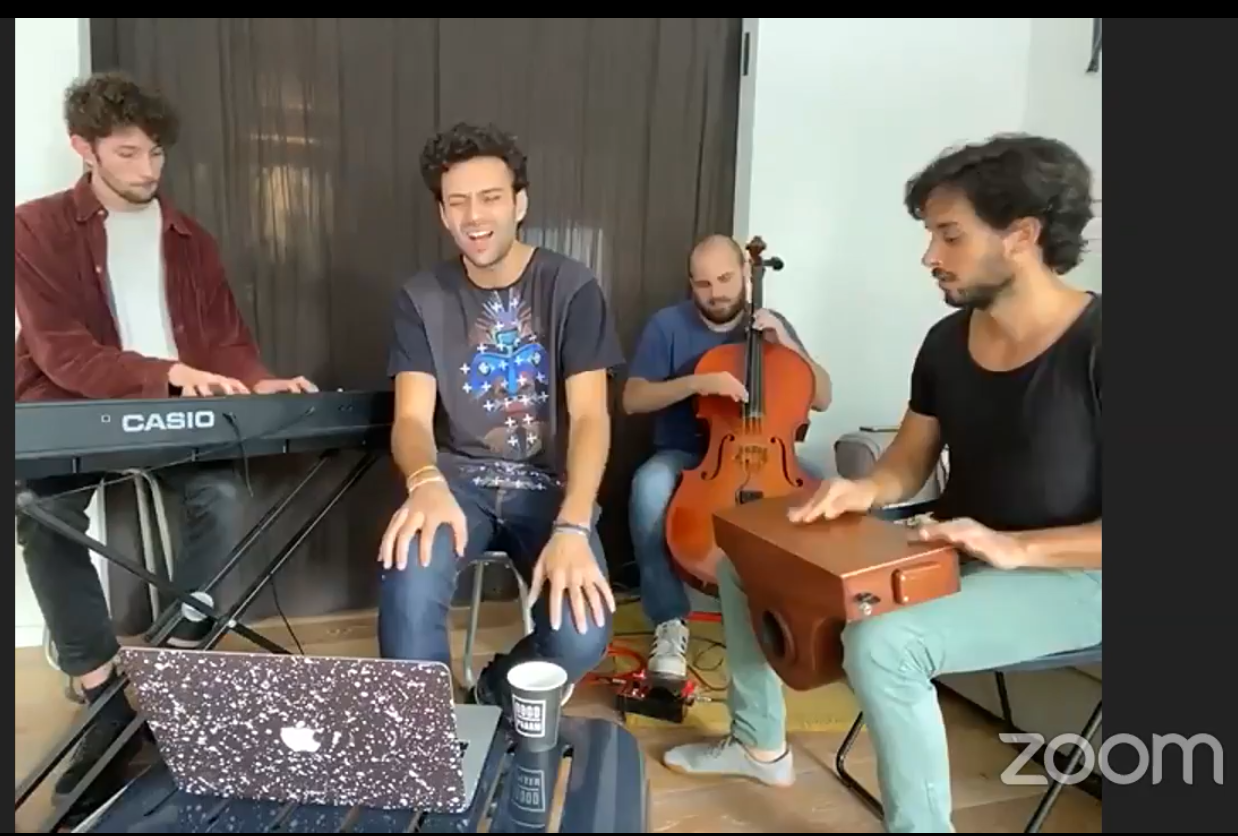 The services are jointly sponsored with local Jewish youth groups such as BBYO, B’nei Akiva and partners in Israel.

“We also use this initiative as an opportunity to expose Israeli society to the diversity and richness of Jewish communities abroad,” said Yankelevich, adding that the events are live-streamed on Facebook and reach thousands of Israelis.

Where virtual meetings have become the new norm, and Kabbalat Shabbat is a familiar platform with which Jewish communities around the world can connect, Yankelevich noted that “the immediate response from these communities has been the feeling of reconnecting with world Jewry.”

For the Diaspora ministry, it has also been an efficient way of expanding its reach.

“The ‘visits’ I have taken to communities around the world have led to further conversation and opened the door for future long-lasting collaboration. Pre-COVID-19, such engagements would have only been possible by flying and with in-person meetings,” said Yankelevich. “Now, we can visit Sydney in the morning, Frankfurt in the afternoon, and Boston in the evening.”