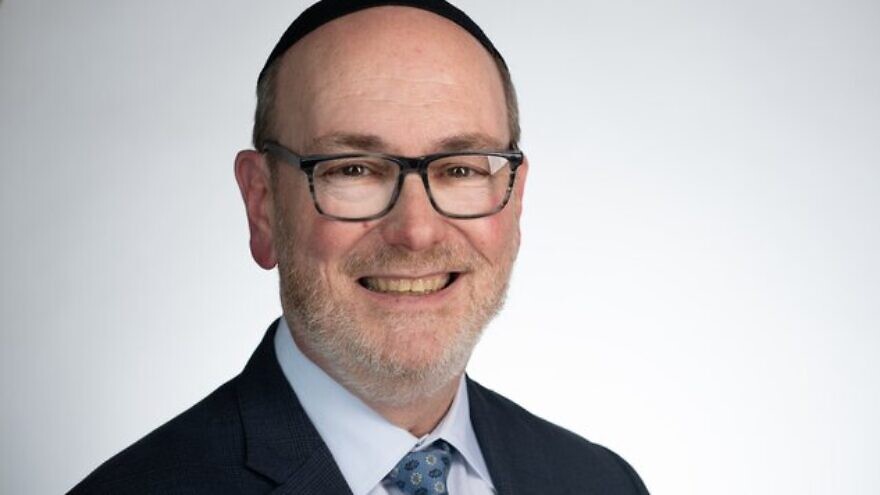 (January 5, 2023 / JNS) Mitchel Aeder began his term as the 18th president of the Orthodox Union on Thursday.

Aeder was elected unanimously at the O.U.’s biennial convention in Woodmere, N.Y., on Jan. 1.

“It is a great honor to work with the O.U.’s extraordinary professionals and engaged lay leaders,” Aeder said in a statement. “I am humbled by the opportunity to partner with them in leading this great institution.”

Aeder went on to express his gratitude to Mark (Moshe) Bane, who served as president of the O.U. for the past six years, and welcomed his continued involvement in the O.U.

“It has been a distinct privilege to serve as president of the O.U., an organization that has been a backbone of the Orthodox Jewish community for 125 years, providing critical support and services to our community,” said Bane. “I depart knowing the Orthodox Union is in good hands under Mitch, who has contributed so much in the two decades he already has dedicated himself to the organization.”

The new president has served on the O.U.’s board since 2000. He has been the chairman of Yachad, the O.U. department that provides services to individuals with special needs, and the Youth Commission that governs NCSY, the O.U.’s youth movement that provides 30,000 teenagers with programming to help them develop a positive Jewish identity. Most recently, Aeder served as chairman of the Board of Directors of the O.U.

Aeder was a corporate tax partner for many years at PricewaterhouseCoopers prior to his 2021 retirement. Aeder and his wife, Dr. Lita Aeder, live in Queens, N.Y.