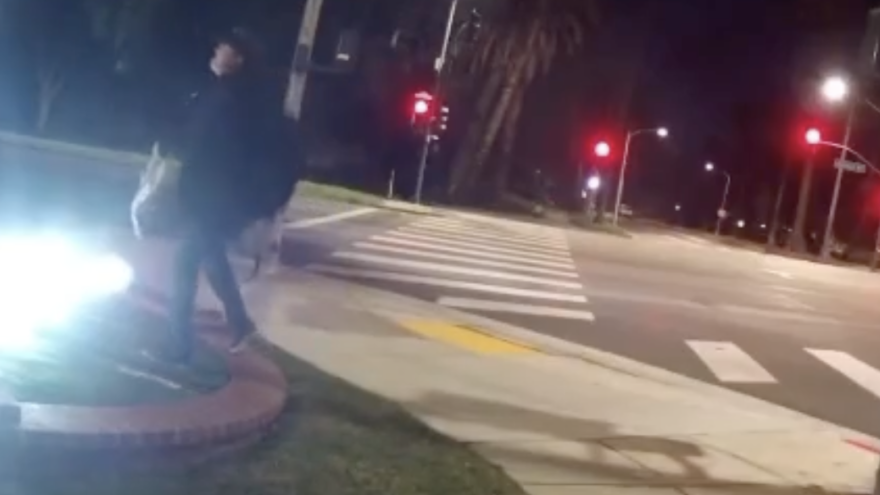 (December 20, 2022 / JNS) On Sunday night, the first night of Hanukkah, Beverly Hills police arrested 47-year-old Dallas man Eric Brian King and charged him with felony vandalism as well as a hate crime over his alleged desecration of a menorah.

Detectives said that further charges could be filed. King is alleged to have thrown rocks at a menorah in front of a family home located near Sunset Boulevard. A security camera recorded the vandalism and its footage can be viewed here. King is also accused of breaking lights illuminating the menorah and carving an SS symbol into its base, invoking the Nazis’ Schutzstaffel division led by Heinrich Himmler, into the menorah’s base.

Beverly Hills Police Chief Mark Stainbrook said, “A despicable act such as this will never be tolerated in our City.”

Resident Nicole Newman was celebrating Hanukkah at another home when she and her family received a call from police reporting the vandalism. Newman said, “If people are comfortable doing this, who knows what can happen in the future?… Antisemitic attacks won’t stop us from being Jewish, if anything it will just make us stronger.”

Beverly Hills Mayor Lili Bosse, a daughter of Holocaust survivors, said, “I was mortified, devastated, and angry. And determined to put this individual to justice.” The mayor attributed a 24-hour-watch surveillance system with apprehending the suspect.

King was booked on a $20,000 bond and was scheduled to appear in court on Tuesday.

Hate crimes in Los Angeles increased 23% from 2020 to 2021, according to Los Angeles County’s Commission on Human Relations. There were 39 anti-Jewish hate crimes in the first half of 2022.

In October, following the display of an anti-Jewish sign above Los Angeles’ 405 freeway, inspired by rapper Ye’s antisemitic statements, Governor Gavin Newsome said, “Our state is committed to protecting our diverse communities and will continue to lead the fight against racial, ethnic, and religious hate wherever it rears its ugly head.”