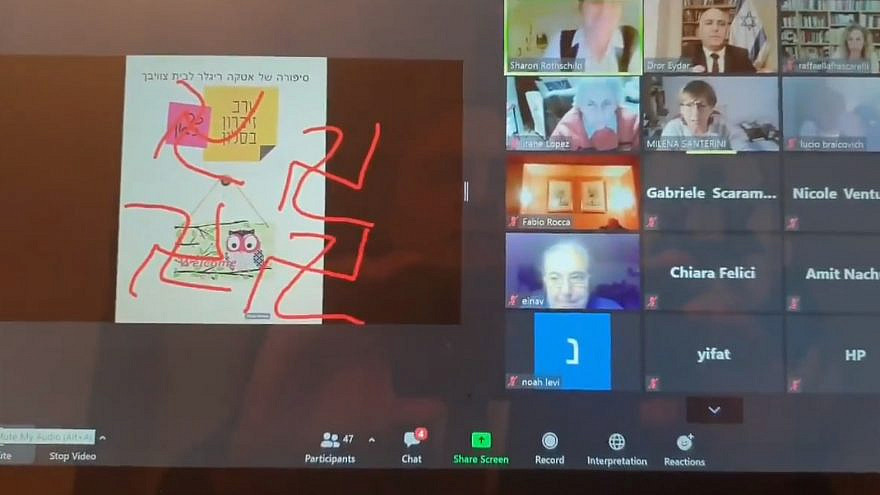 (April 9, 2021 / JNS) Neo-Nazis disrupted a virtual Yom Hashoah event on Wednesday hosted by Israel’s ambassador to Italy, posting swastikas on the screen for viewers to see.

Israeli Ambassador to Italy Dror Eydar shared a video of the hack on Twitter as it took place live on Zoom during the Holocaust Remembrance Day program, which was watched by viewers in Israel and Italy. The hackers also called out profanities, according to Israel Hayom.

The incident happened just as Eydar was introducing the participants.

Reprimanding the hackers in the background of the video was Professor Milena Centrini, who was appointed last year to be in charge of Italy’s adoption of the International Holocaust Remembrance Alliance working definition of anti-Semitism.

Centrini told the neo-Nazis: “How dare you use this symbol of death?” Eydar then canceled the shared screen option to stop the hacking.

“This proves that there is still anti-Semitism on the fringes in Europe,” lamented the ambassador.

He quickly added that the majority of Italians do not hold anti-Israel sentiment, and that “there is a great deal of solidarity with us, and as ambassador, I have felt that many have been listening to us.”