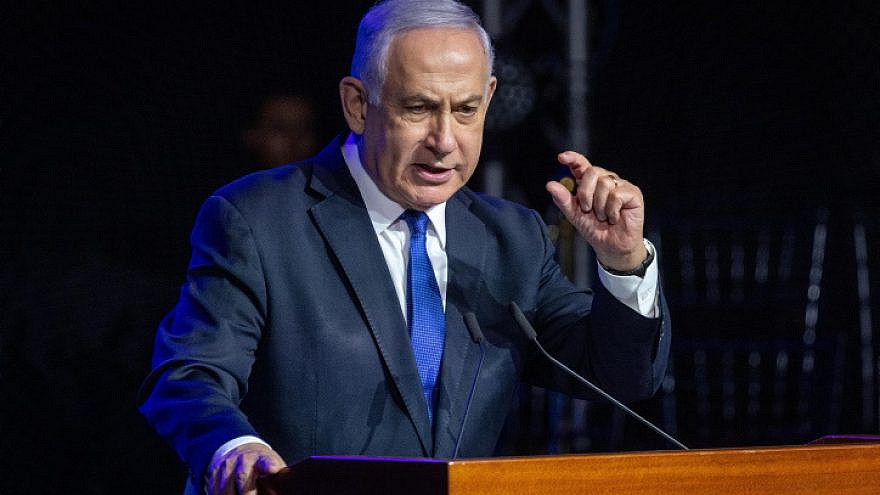 (November 20, 2022 / JNS) Israeli Prime Minister-designate Benjamin Netanyahu said on Saturday that he viewed ensuring the permanence of the Jewish state as his life’s mission.

Addressing the annual conference of the Republican Jewish Coalition in Las Vegas via video link on Saturday, Netanyahu said that while Israel’s birth is “a miracle of history and of faith,” its security is nevertheless not guaranteed.

His purpose, he added, “is to assure the future of the Jewish state.”

“History doesn’t make a difference between the just and the unjust, the moral and the immoral. The strong survive and the weak don’t. And if you’re moral and weak, you’ll be devoured, which is the history of the Jewish people,” he said.

Responding to a question about the importance of public opinion, Netanyahu said that Israel must continue to make its case to the world. He recalled that his father, historian Benzion Netanyahu, came up with a “simple set of equations: In the modern world, you cannot defend a military victory without a political victory. You cannot defend a political victory without a victory in public opinion.”

Israel kept winning battles militarily but losing them politically because it was losing the battle for public opinion, he said, adding, “Which is one of the things that you see on American campuses, for example, or sometimes in the mainstream press.

“You have to fight the battle for public opinion. You have to appeal to the justice of our cause, to the American people and to other peoples,” he said.