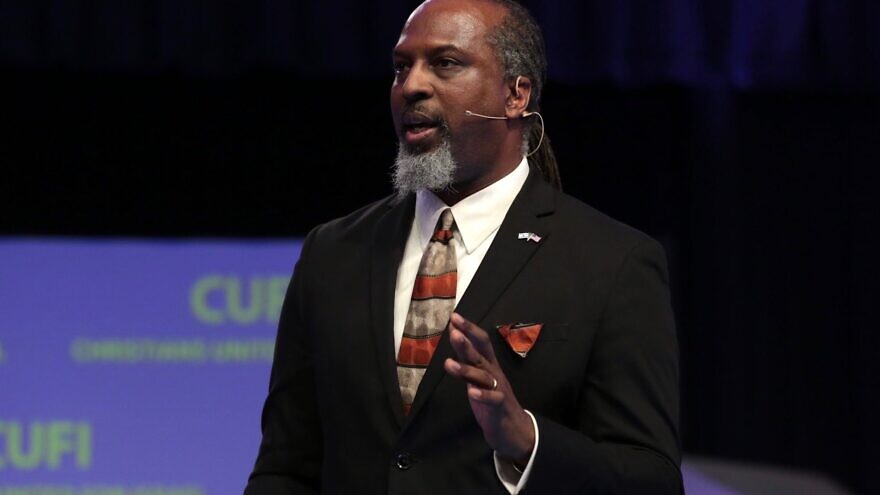 The Jerusalem Center for Public Affairs (JCPA) has partnered with the Institute for Black Solidarity with Israel (IBSI) to fight the anti-Israel narrative that has swept across America and is being further spread by anti-Israel groups such as Black Lives Matter (BLM) and anti-Semitic figures like Nation of Islam leader Louis Farrakhan.

The intensifying crisis between African-Americans and Jews—both in the United States and when it comes to Israel—has reached dangerous heights. Farrakhan calls Jews and Israel “Satan,” and the BLM movement and its self-avowed Marxist-Leninist leaders have triggered a tsunami of anti-Semitic incidents across America in general and among black Americans specifically.

Now, IBSI wants to reclaim the community from BLM, and to that end is partnering with the JCPA to restore the legacy of Martin Luther King Jr. and to effectively neutralize BLM’s efforts to turn the blacks against Israel.

As per the JCPA, before this initiative, “no think tank or policy institute in Israel has analyzed and offered policy solutions to this serious challenge to Israel and the global Jewish community.”

‘Taking back the seats at the table’

Attorney Olga Meshoe Washington, a board member of IBSI and a U.S.-based pro-Israel activist, spoke on a panel at the JCPA on Monday with founder and CEO of IBSI Pastor Dumisani Washington (her father-in-law) joining via Zoom. They discussed possible solutions, including their policy partnership with the JCPA and its counter-political warfare program under the direction of senior JCPA scholar Dan Diker, former CEO of the World Jewish Congress.

Washington slammed BLM for turning black Americans against Israel and hijacking the claim of apartheid, racializing Israel’s conflict with the Palestinians when, in fact, it has nothing to do with race. 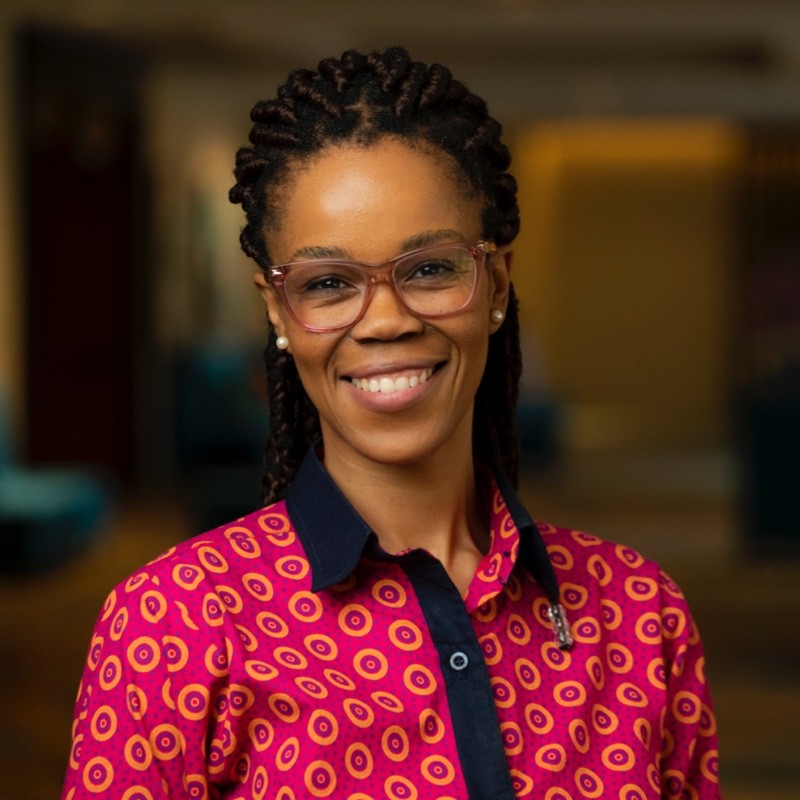 Her goal is for blacks to reclaim their own identity and empower themselves. She explained that by educating young people, IBSI can bring about a change in the mentality among the public, as well as the attitude of diplomats towards Israel at, for instance, the United Nations.

She lambasted the U.N. Human Rights Council and its Commission of Inquiry for obsessing over the Palestinians.

She also fretted that African leaders contribute wrongly to the conversation about Israel, the BDS movement, racism and Zionism and when they accuse Israel of being an apartheid state.

“That contribution, if we look at how the vast majority of people feel, doesn’t represent the ordinary person on the ground. Our contribution is not voluntary, it is without our permission,” she said. “The work that we have to do—the work that IBSI is doing, together with the JCPA—is taking back the seats at the table, because we really are there.”

She said that IBSI and the JCPA are “redeeming the narrative, the conversation, this relationship with regards to who Israel is, and what she is about and what she’s done on the African continent. … If you walk the streets of Zambia, Ethiopia or Uganda, you are walking on streets that the Jews built, that Israel had a hand in doing.”

Washington added that critics of Israel should “look at the technology in our health system or at organizations such as the African National Congress, whose military wing was inspired by Israel,” to understand the contribution the Jewish state has made to the continent.

She accused BLM of hijacking the narrative about Israel, saying “that is what we should be reclaiming once again.”

As part of its effort to reclaim that narrative and show black Americans how beneficial Israel is (and how it is nothing like the image BLM tries to portray), IBSI plans to begin vetting applicants to its PEACE (Plan for Education, Advocacy, and Community Engagement) program. It will choose 20 black American and African men and women who will start their nine-month journey with a 16-module study course that begins in September. As part of the program, they will travel to South Africa and Zimbabwe in December, and then to Israel in June 2023.

According to Diker, there is a cardinal need for this program. After the death of George Floyd in May 2020, “despite universal Jewish support for BLM, it failed to prevent a surge of anti-Semitic violence across the United States … BDS organizations have exploited simmering racial tensions by accusing Israel of complicity in Floyd’s murder. The BDS strategy is not new. The Jewish state has, for some years, been recast as an illegitimate ‘white oppressor.’ ”

Diker added that BLM co-founder Patrisse Cullors is on record saying that she and her fellow organizers “are trained Marxists.” He also noted that BLM is the American version of the red-green alliance, the merging of radical leftists and radical Islamists. 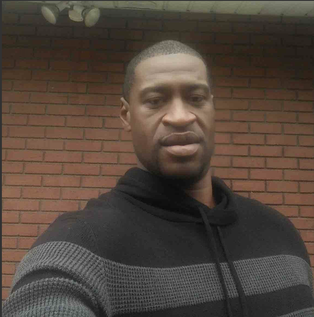 In his remarks, Pastor Washington told the conference that BLM actually began being used as an anti-Israel organization from the very beginning in 2014.

He explained that we need to understand the origins of the strategy to demonize Israel and Jews by using the black community as a weapon.

That strategy, he said, “comes from Yasser Arafat and the PLO back in the 1960s, when they were formed by the KGB for the purposes of disinformation.”

He noted that ironically, the first thing Arafat did after the assassination of King was to reach out to freedom fighters and civil-rights leaders in the black community, particularly the younger ones who were frustrated with King. 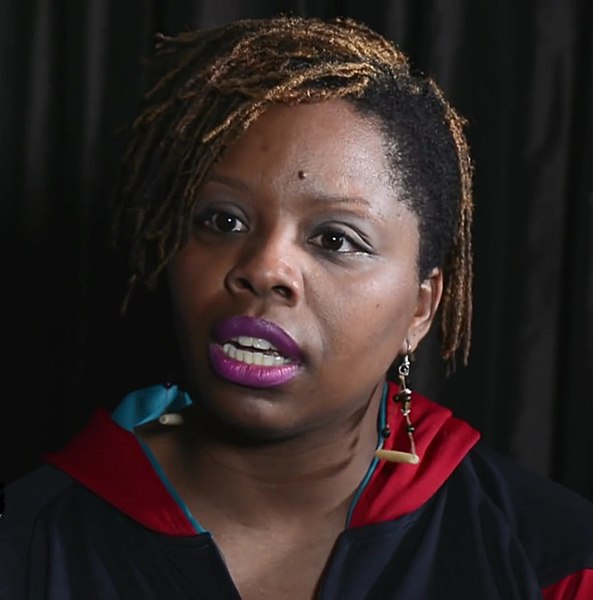 “They were attempting to convince these young black leaders that the real problem that they were facing wasn’t just a racist government, it was ‘Zionist.’ It was ‘the Jews.’ All of that was disinformation,” said the pastor. “But it was being fed to young people who did not know the difference, who did not know what was going on, who were not aware of the Arab-Israeli conflict. And what was the purpose? The purpose was not to convince the black community, but to use these black leaders to show the world that Israel was indeed a racist regime.

“That’s how you got to the whole apartheid thing,” he continued. “They couldn’t care less about the black athletes, South Africans. What they wanted to do was use black South Africans in a way to demonize Israel. And that has been going on for the past 50-plus years.”

Pastor Washington emphasized that “the vast majority of black Americans are not anti-Semitic, are not anti-Israel. They’re actually for Israel. But this doesn’t get talked about. The louder mouthpieces often are like Louis Farrakhan, who is talking about white people, Jews and Israel, and somehow, they are portrayed as the mouthpiece for the entire black community. It is not true.”

He said while Israel’s enemies are “highly invested in tainting that relationship and using the black community to try and communicate a false message about Israel,” IBSI is “humbly attempting to take up that mantle of legacy that started long before we got here and will continue long after we are here. And that means that there’s a vested interest that we have in continuing that synergy and also underscoring the black-Jewish relationship with the Israel-Africa Alliance. And this is how we started the PEACE initiative plan for education, advocacy and community engagement.”

The clergyman added that “even though the African National Congress is decidedly against the State of Israel, they do not speak for the vast majority of black South Africans who continue to enjoy relationships with the Jewish people in South Africa and continue to have a relationship with Israel.”

Speaking about the program, he said the 20 chosen participants “will see both black-Jewish synergy, they will understand South Africa’s relationship with Israel—the real one, not the fake one that’s talked about in the media.”

“They will eventually return home and be the hub of black-Jewish synergy in their cities,” he said. “Our goal is within the next four years to have some 300 IBSI ambassadors in some 48 cities across the United States. This is what we are working with, along with the JCPA.”

Pastor Washington slammed the BDS movement, pushing against why it uses black people as props against Israel: “Why are they attempting to exploit the black community to destroy Israel?”

“We are here to set the record straight,” he said. “That’s why we are happy to work with the JCPA, and we are excited to get this started.”