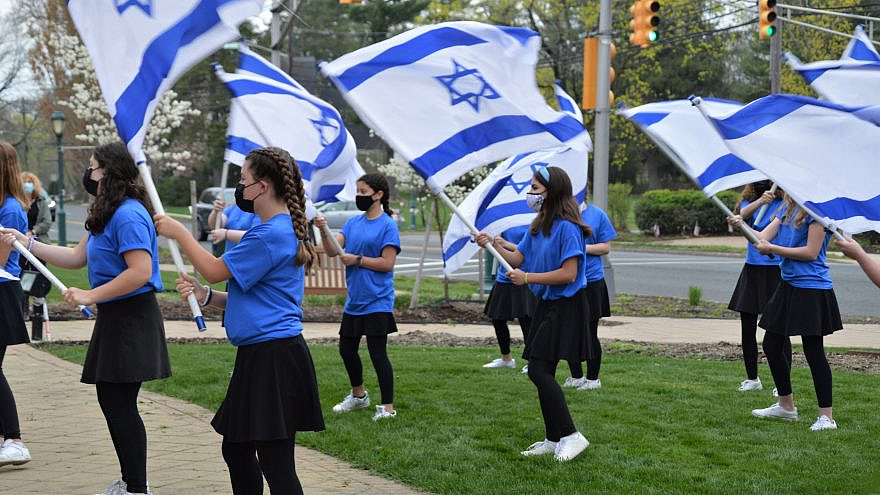 (April 15, 2021 / JNS) The Township of Livingston, N.J., less than 30 miles west of New York City, raised an Israeli flag over its town hall in celebration of Yom Ha’azmaut, Israel’s Independence Day, on Thursday.

The annual event is a project of the township’s diversity and inclusion committee. It is believed to be one of the few municipalities in the United States to offer a Yom Ha’atzmaut celebration.

“I’m incredibly proud to be a resident of Livingston, which celebrates and includes all of its diverse communities,” said Sheri Goldberg, chair of the “Livingston Celebrates Israel” committee. “From the moment I brought this suggestion to the town, they have been nothing but welcoming and make sure that Israel is celebrated on Yom Ha’atmzaut every year.” 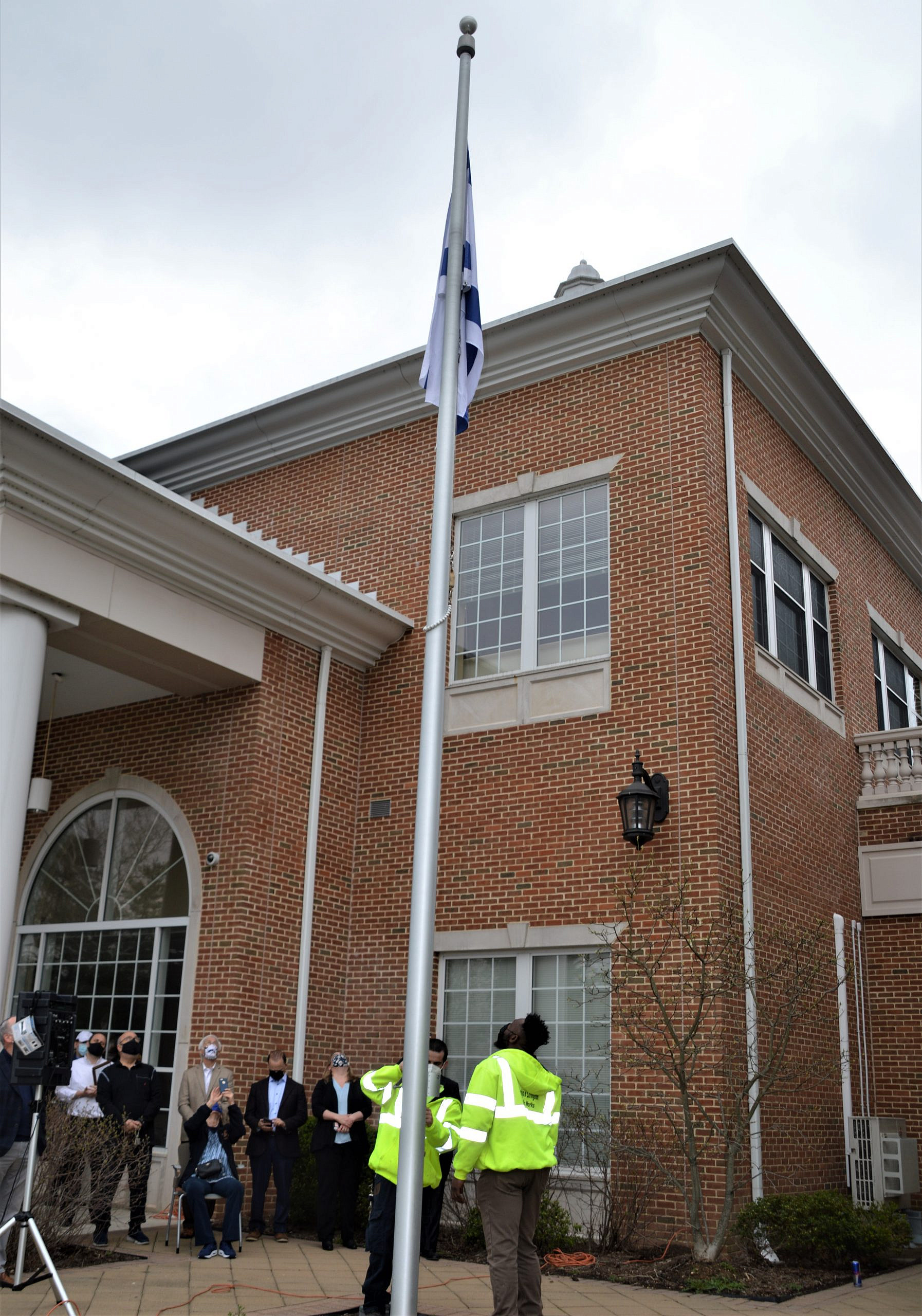 An Israeli flag is raised over the town hall in Livingston, N.J. on Yom Ha’aztmaut, Israel’s Independence Day. Photo by Faygie Holt.

She noted that the Israeli flag is owned by the town and has been flown for the last four years.

At the event, township officials also issued a proclamation to honor Rabbi Elie Mischel, religious leader of Synagogue of the Suburban Torah Center, for his dedication to area residents in advance of his making aliyah this summer with his family.

According to the National Jewish Population Survey of 2002, more than 12,000 Jews—nearly half of the town’s total population of about 30,000—live in Livingston.