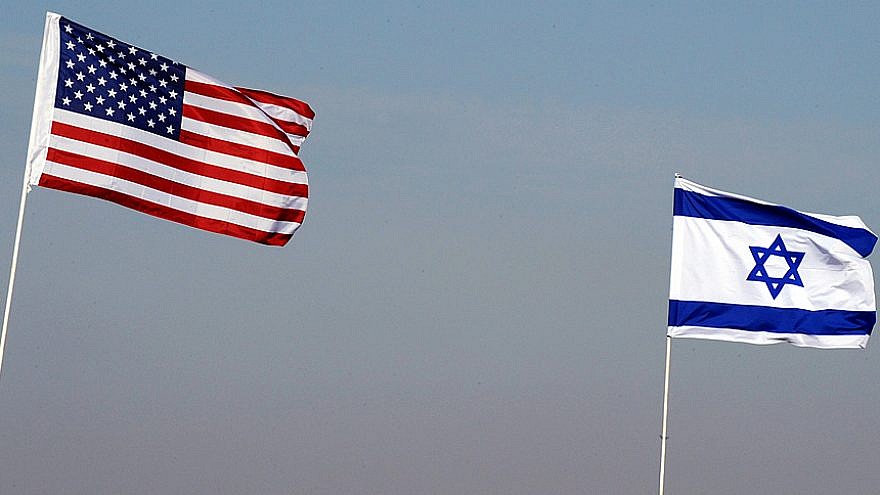 (December 16, 2020 / JNS) A report released on Wednesday reaffirms the call for unconditional U.S. assistance to Israel.

Coming from the Jewish Institute for National Security of America (JINSA), it opposes calls from Sen. Bernie Sanders (I-Vt.) and the progressive wing of the Democratic Party to condition U.S. defense assistance on Israeli policy towards the Palestinians. It further calls on U.S. officials, policymakers, and particularly, Democratic Party leaders to make the case that aid to Israel is critical to protecting U.S. national security interests and creating the conditions that might enable peace.

Defense assistance helps Israel take the lead in rolling back Iran’s regionwide military expansion and deterring a major war that would jeopardize U.S. regional interests, protecting Palestinians and Israelis alike, and maintaining its Qualitative Military Edge, or (QME), which the United States is required to uphold by law.

The report recommends that Democrats should prioritize engaging with progressives to counter hostility towards military aid to Israel and to clarify its benefits for Palestinians; for Congress to convene hearings underscoring the role of Israel’s QME in protecting U.S. interests; for Congress to insert clear justification and explanatory language in future authorizing legislation; and for congressional leadership, especially Democratic members, to issue statements of policy, resolutions and public letters supporting the U.S. commitment to Israel’s QME and showing how defense assistance to Israel can reduce conflict with the Palestinians.

It also suggests that the White House, and the U.S. State and Defense Departments, issue public statements laying out how Israel’s QME serves America’s vital national security objectives, and how U.S. defense assistance can enable Israel to take strategic risks in pursuit of a comprehensive peace agreement with the Palestinians.

“Calls within the progressive wing of the Democratic Party to condition aid to Israel are counterproductive to progressives’ stated goals,” said JINSA president and CEO Michael Makovsky in a statement. “They also misconstrue how Jerusalem spends these funds, as U.S. assistance does not underwrite Israeli policies in the West Bank or towards Hamas-controlled Gaza.

“Instead, U.S. defense assistance to Israel bolsters Israel’s QME, which the law requires the U.S. to uphold, and helps defend U.S. interests in the Middle East. It also continues a pattern of U.S. security guarantees that help Israel take risks for peace.”

“Going forward,” he added, “it will not be enough to simply continue insisting on a firewall. Re-establishing a bipartisan consensus on the importance of U.S. assistance to Israel, without conditions, is vital.”