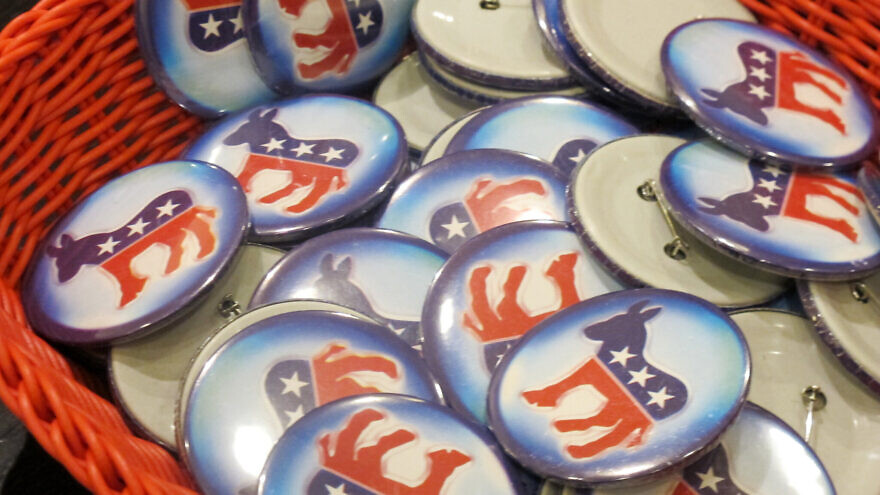 The “Resolution in Support of Human Rights in Israel/Palestine,” “Resolution for an Independent Investigation of the Killing of Shireen Abu Akleh” and “Resolution to Commemorate May 15 as Nakba Remembrance Day” were part of the NCDP 2022 State Convention final resolutions report.

The resolutions accused Israel of forcibly displacing Palestinians and restricting Palestinian access to public utilities. They also alleged that Israel’s end goals were “the fracturing and ghettoization of Palestinian land,” claiming that Israel’s settlement of Jews in historically Jewish regions was “expropriation.”

The resolutions also called on the United States government to impose “targeted sanctions,” including travel bans and asset freezes on people and entities that are related to alleged “Israeli violations of human rights.” It also urged the federal government to put conditions on U.S. military and financial assistance to Israel.

“Of the seven resolutions devoted to foreign affairs, three are focused on criticism of Israel. While some of our clergy are sympathetic to some of the claims embedded in the statements, on the main, these resolutions are not thoughtful nor balanced,” the NCJCA said.

The statement also claimed that “such party stances often lead to the demonization of Jews and Israelis, ignore Israel’s genuine security concerns, play upon age-old anti-Jewish stereotypes and include language which implies that Israel should cease to exist as a sovereign state.”

“Furthermore, given the troubling rise in direct acts of anti-Semitism against many North Carolina synagogues, we consider these resolutions to be potentially dangerous,” the organization added.

The pro-Israel organization the North Carolina Coalition for Israel, joined the NCJCA in condemning the N.C. Democrats’ resolutions, saying the documents “accuse Jews and Israel of crimes that have not been committed.”

“Similar to anti-Semitic conspiracy theories leveled against Jews in 20th century Europe, these resolutions falsely depict both Jewish communities and Israel as conniving to harm non-Jewish populations,” the organization said. “By adopting this platform, the North Carolina Democratic Party is signing on to racist hatred of our state’s Jewish community.”

The Coalition called on Democratic Party leaders and elected officials to “condemn and rescind these resolutions.”

“The blatantly anti-Semitic planks recently adopted by the N.C. Democrat Party are shameful and deserving of the strongest condemnation. Sadly, such an embrace of anti-Semitism is indicative of just how radical this Democrat Party has become,” the North Carolina Republican Party said Thursday in response to the resolutions.

“The fact that neither [North Carolina senatorial candidate] Cheri Beasley nor any other Democratic candidate has denounced these measures shows a complete adherence to the most radical platform that any political party has ever put forward in North Carolina,” NCGOP Chairman Michael Whatley said.

Editors Note: This article had been updated to include a statement from Cheri Beasley’s communications director denouncing the resolutions.