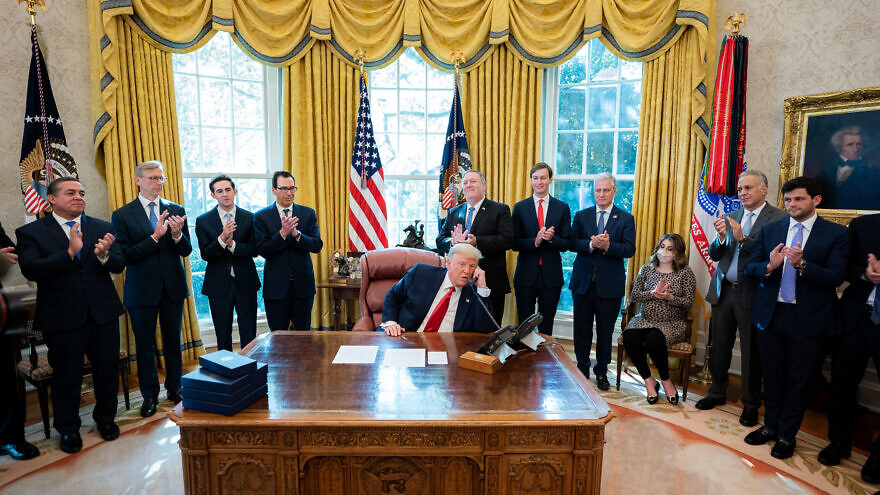 (December 2, 2020 / Israel Hayom) The U.S.-brokered normalization agreement between Israel and Sudan from October may not be implemented unless Sudan is granted legal immunity over its terrorist past, The New York Times reported on Tuesday.

According to the report, which cites several officials involved in talks between Washington and Khartoum, Sudan has made it clear that unless the U.S. Congress passes legislation that would grant it immunity from legal action over the years in which it sponsored Al-Qaeda and other terrorist groups, it would not proceed towards full normalization with Israel as it had agreed under the Abraham Accords.

Those accords have been hailed as a landmark achievement in cementing the de facto alliance between Israel and the Sunni moderate Arab states in recent months. The agreements have already led to almost full normalization between Israel and two Arab states—the United Arab Emirates and Bahrain—and to the warming of relations between Israel and Saudi Arabia, culminating with a reported visit by Israeli Prime Minister Benjamin Netanyahu to the kingdom in November.

According to Times report, U.S. Secretary of State Mike Pompeo spoke on Monday with Sudan’s leader, Lt. Gen. Abdel Fattah al-Burhan, “who made clear that the East African nation would not move forward with warming ties with Israel before Congress passes the so-called legal peace legislation.”