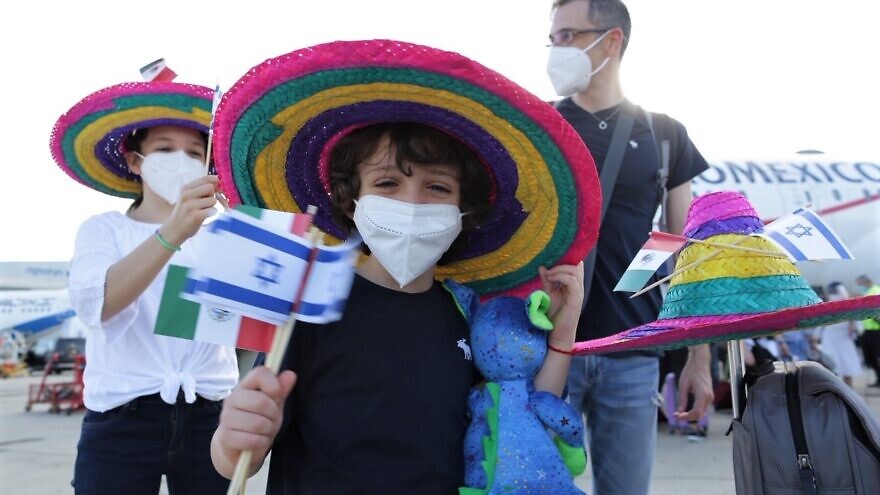 (August 11, 2020 / JNS) A first-of-its-kind charter flight from Mexico carried 230 new immigrants to Israel on Tuesday. Dubbed “Operation Home,” the flight was organized by the Jewish Agency for Israel and Hanoar Hatzioni, with support from Keren Hayesod.

Taking off from Mexico City, the special flight carried 50 new olim and 150 Hanoar Hatzioni graduates who will take part in Masa, a project co-founded by the Jewish Agency and Israeli government that connects young adults with immersive, long-term experiences throughout the Jewish state.

“Operation Home” also brought back dozens of Israelis who have been stranded due to the limited availability of flights during the coronavirus pandemic.

After visiting Israel last year, Carlos and Miriam Mercado, and their four children, knew they wanted to make aliyah.

“Here, I feel truly at home,” said Miriam Mercado. “In Mexico, we are always viewed as ‘those Jews’ and never felt safe to go out with a kipah. We knew we would always be a minority.”

While they hesitated to take the final step, she said, moving far from family and barely speaking Hebrew, the COVID-19 crisis prompted their decision. They are now headed to their new home in Ra’anana. “Being at home alone for three-and-a-half months under lockdown in Mexico City taught us that we’re a strong family, and a family capable of making this change,” said Mercado.

Mexico is home to the third-largest Jewish community in Central America (after Argentina and Brazil) with about 50,000 Jews. The Mexican Jewish community maintains close ties with Israel, and has an extensive education system featuring Jewish day schools and Zionist youth movements.

The Jewish Agency has opened 493 aliyah cases with Mexican Jews since January—an increase of 32 percent from last year.

Those who landed began the required two-week quarantine in compliance with Israel’s Ministry of Health guidelines and other COVID-19 regulations. At the end of their quarantine, they will leave for local communities and absorption centers throughout the country.

Hanoar Hatzioni members will begin Masa’s Israel Challenge and Shnat Hachshara programs, where they will volunteer on kibbutzim and for Magen David Adom, among other sites and organizations.

“Aliyah has never stopped, even during the most difficult crises the State of Israel has experienced,” said Jewish Agency chairman Isaac Herzog. “Even now, during a global crisis, Jews from all over the world are realizing the Zionist vision and making their new home in Israel. This is a story that touches all Israelis, as most of us are part of our family’s first, second or third generation here in Israel.” 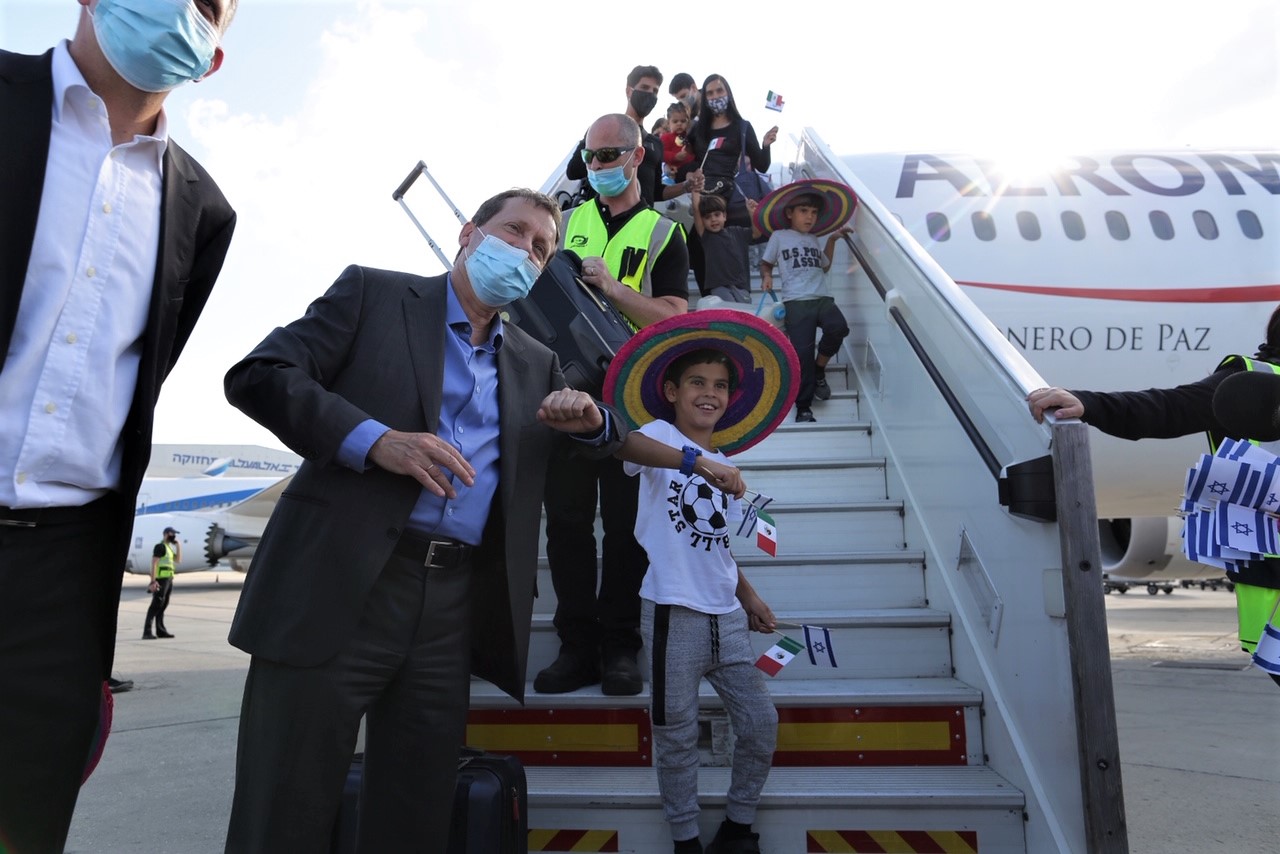