(July 22, 2021 / JNS) Slavery still exists in at least five countries in Africa. There, people are actual slaves—captured, bought and sold.

Some are chattel, passed on, like furniture, through their masters’ estates. Many, if not most, are forced by their masters to convert to a faith not their own. Some are made to be “wives” to their jihadi captors.

Though this is all happening today, we’ve not heard much about it; these slaves have the wrong oppressors—of the wrong race and the wrong religion.

Still, one group of Americans is now hell-bent on liberating the slaves of Nigeria. This coming Saturday, they will march in Newark, N.J., hoping to awaken Americans to our primal duty: emancipation.

Nigerian Americans make up one of the most successful immigrant groups in the United States. They are doctors, pharmacists, lawyers and businessmen. In their country of origin, Nigeria, a Muslim jihadist war against Christians employs slavery as a weapon of terror.

The world first heard about this in 2014, when Boko Haram kidnapped 276 Christian girls from a school in Chibok. This moved then-first lady Michelle Obama to launch her famous “#BringBackOurGirls” hashtag.

While many of those girls were finally released, many are still owned as sex slaves by their terrorist masters, often “married” off as concubines and forcibly converted to Islam. The jihadist raids started in 2001 when Boko Haram terrorists, Fulani militants and other extremist groups tied to the Islamic State and Al-Qaeda began raiding Nigerian villages, killing tens of thousands and enslaving an untold number of women and children.

Boko Haram has kidnapped hundreds, if not thousands, more schoolchildren, hoping to make the boys child soldiers and the girls concubines. One slave who has gained worldwide recognition is Leah Sharibu, who was abducted with more than 100 other schoolchildren from the town of Dapchi in 2018. Because she refused to convert to Islam and vowed to remain a Christian, she is still a slave today.

According to Stephen Enada, a member of the Committee to Free Nigerian Slaves (CFNS) and president of the International Committee on Nigeria (ICON), so far in 2021, 1,500 Nigerians, who are mostly Christians, have been murdered, and more than 2,000 have been abducted or kidnapped. He pledges that he and his community will no longer sit in silence. The rally in Newark is their third; this year, they’ve staged rallies in Minneapolis and Omaha. 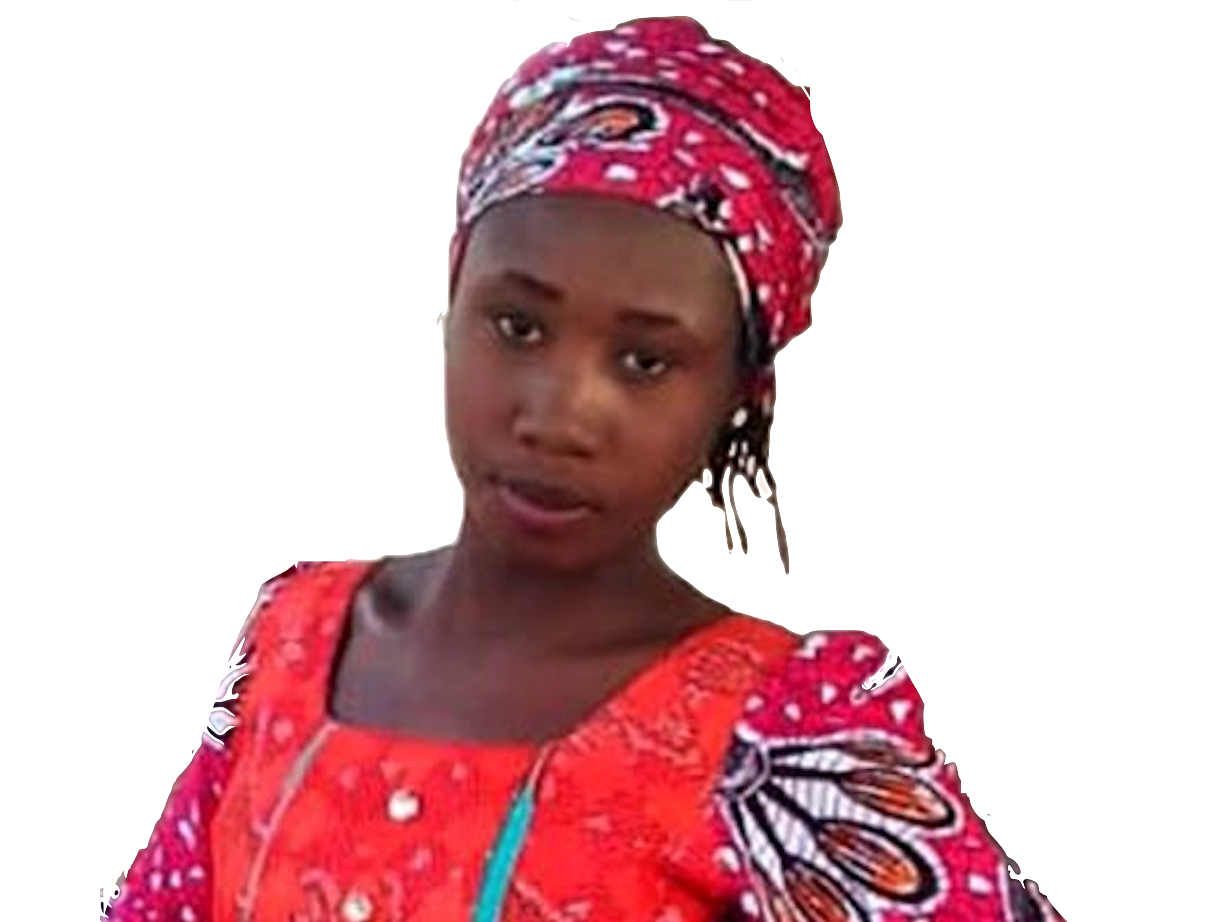 Leah Sharibu, a Christian girl from Dapchi who has been enslaved by Boko Haram since she was kidnapped in 2018. Credit: freenigerianslaves.org.

The campaign to free Nigeria’s slaves has adopted Sharibu as its poster child. Her photo appears on ICON’s and CFNS’ flyers and billboards. Dr. Gloria Puldu, the Sharibu family’s personal representative, heads the LEAH Foundation, established to work for Leah’s release. She reports that in captivity Leah is pressed to convert to Islam. The CFNS has created a website (www.freenigerianslaves.org) to help educate the public about Nigerian jihad slaves like Leah.

Nigeria is one of five African nations where Arabs and Muslims are enslaving blacks. While available, much of this information is largely unknown in the West, mainly because the mainstream human-rights organizations like Amnesty International and Human Rights Watch do not make today’s enslavement of blacks a priority. It seems that it has become politically incorrect to condemn non-white societies for human-rights atrocities, and so these crimes go mostly unnoted.

Here is a brief primer, with data garnered from both the mainstream media and small, brave abolitionist groups (one of which, the American Anti-Slavery Group, I head).

In Mauritania, black Africans were conquered and converted to Islam by jihadists in the eighth century. Today, the Arab-Berber minority owns black Muslim slaves.

Though this practice technically runs counter to Islamic teaching, as in the West, race trumps religious doctrine. Under pressure from the West, Mauritania “abolished” slavery no fewer than five times—in 1961, 1980, 1981, 2007 and 2015—alas, only on paper, with the government often ignoring its own laws and imprisoning far more abolitionists than slave owners.

Actual numbers are hard to come by. In 2011, a CNN investigation estimated that there were between 340,000 and 680,000 slaves, so those in bondage would have constituted between 10 and 20 percent of the nation of 3.4 million people. In 2017, the BBC reported that the number was 600,000 and no lower. Slaves, it was reported by African Watch, are beaten, “bred,” raped and horrifically tortured.

In Sudan, even after the jihad against the black Christians of the south ended in 2005, and South Sudan became independent in 2011, there is still slavery. During the war, the Arab government in Khartoum sent Muslim tribesmen to attack black villages, murdering the men and kidnapping the women and children as slaves.

While tens of thousands of slaves were freed, by heroes like John Eibner and his Christian Solidarity International (CSI), there are still thousands of slaves left in the north. The last good guess was made in 2006, by South Sudanese leader James Alic Aguer, who estimated that 35,000 blacks remained as slaves. CSI is still working to liberate them. Between the start of operations in 1995 and South Sudan’s independence in 2011, CSI freed perhaps as many as 100,000 slaves.

In Algeria and Libya, people who fled violence and poverty in Sub-Saharan countries hope they can be trafficked to Europe. There, the locals force them into slavery in exchange for their passage across the Mediterranean.

Men are forced into demeaning manual labor and tortured, and women into prostitution—sometimes only after they arrive in Europe. We have known for years that in Libya, black migrants are actually sold at auction. In 2017, CNN did a story showing rare video of an auction in which two black men were sold for $400 each.

Jews, as well as all people of conscience, should take note of these horrors and support or join the liberationist efforts. It can be done. In 2011, I brought Boston University Hillel Rabbi Joseph Polak to celebrate Passover with 175 newly freed Sudanese slaves. We must do what we can now for Nigeria’s slaves.

Charles Jacobs is president of Americans for Peace and Tolerance, and the American Anti-Slavery Group.