(May 9, 2021 / Jerusalem Center for Public Affairs) Jihadist terrorist cells have found fertile ground in Morocco, where they have grown into not only a real threat to the stability of the kingdom but also a significant provider of manpower to the various radical Islamic movements in the Middle East, Africa and Europe.

The May 16, 2003 terrorist attack in Casablanca, which killed more than 45 people, represents the starting point of the confrontation between the kingdom and the Islamic terrorist organizations in Morocco. Since then, Morocco has waged a merciless war against jihadist organizations, while beefing up its defenses around strategic targets and institutions. However, the counter-terrorism agencies in Morocco have scored gains and setbacks alternatively without succeeding in eradicating the jihadist organizations, which are rooted deeply in Moroccan society. 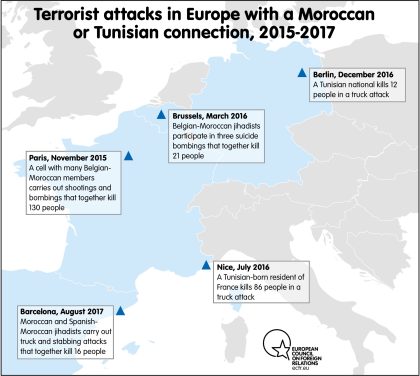 However, a more up-to-date figure on anti-terrorism activities carried out by the agencies in Morocco was provided by Mohamed Nifaoui, head of division at the Moroccan equivalent of the FBI, the Bureau Central d’Investigation Judiciaire (BCIJ), during a symposium on terrorism in February 2021. According to Nifaoui, since 2003 Morocco has dismantled more than 2,000 terrorist cells, apprehending 3535 terrorists and foiling more than 500 terrorist operations—thwarting on average 111 terrorist cells per year. Almost 10 per month!

Still, by March 2021, some 982 assassinations were perpetrated in the Sahel region bordering Morocco’s southern frontiers, representing almost 40 percent of the crimes carried out in the area, and attributed to terrorist networks. Out of the thousands who volunteered for jihadi organizations, 5,000 fighters originated from North African countries, with 1,654 Moroccans (women and children included). Around 270 came back from Iraq and Syria, and 137 cases were addressed by the BCIJ and prosecuted, out of which 115 were active in Syria-Iraq, 14 in Libya. In addition, eight other fighters were brought back to Morocco with the assistance of the United States in 2019. Among the 288 women who left the country, 99 have returned, while 82 out of 391 children returned to Morocco. 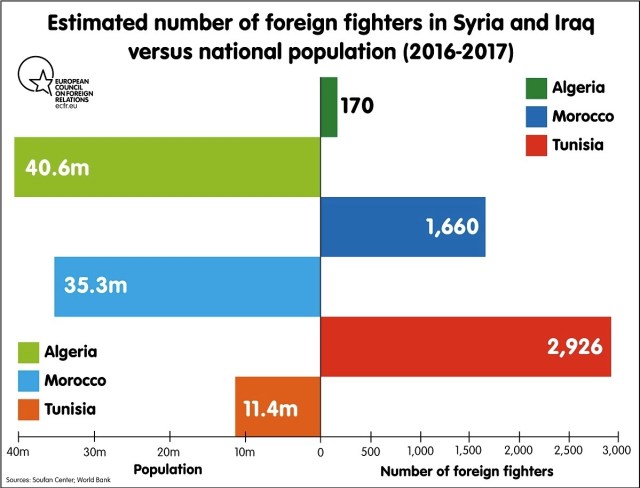 According to the former Moroccan head of External Intelligence, some of the Moroccan militants held senior positions in the Islamic State. Some of them were “ministers—emirs,” and even the governor of a geographical region (the Turkman Mountain). However, it seems that the bulk of the Moroccan jihadists were rank and file ISIS members. Seventy-five percent of them were “inghimasiyyine,” an ISIS term meaning undercover operative responsible for protecting convoys and serving in the second wave of an attack when an offensive, targeted attack is carried out.

During the first days of the civil war in Syria, the North Africans were organized in brigades, one of which was named “Harakat Sham al-Islam” and headed by a Moroccan, Ibrahim Benchekroun, alias Abu Ahmad al-Maghribi. 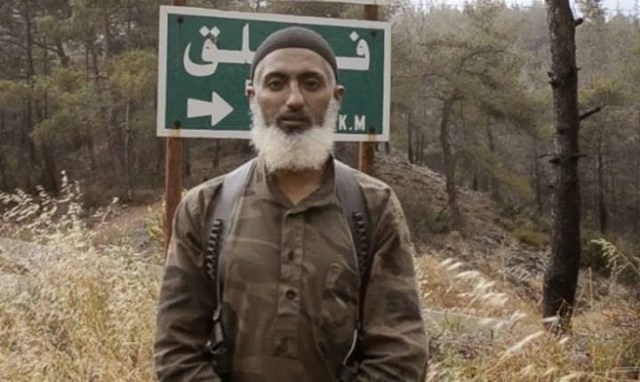 Ibrahim Benchekroun, a Moroccan who led the fighting in Syria, initially fought with the Taliban in Afghanistan in 1999. He was captured and spent four years in Guantanamo. He was then sent to Morocco, where he was sentenced to six years. When released, he traveled to Latakia, Syria, where he led the Moroccan battalion.

Some even nicknamed the brigade the “Liwa al-Faransiyoun” (the “French Brigade”) since the combatants communicated among themselves in French; some of its members were French nationals, primarily of North African origins, who were integrated into the North African French-speaking brigade. The ill-fated brigade, active in the Latakia region, was almost annihilated by the Syrian army. The remaining members were scattered in different units subsequently created by ISIS. 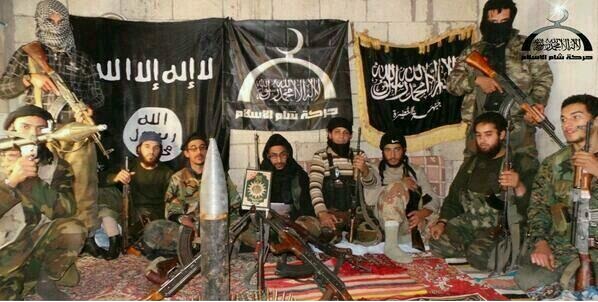 Morocco considers all those returnees to have joined terrorist organizations and, as such, to be potential and suspected terrorists. The Moroccan legal provisions apply to both women and men. If an arrest warrant is issued because of implied terrorist activities, the suspect is immediately arrested upon entry to Morocco and brought to the relevant public prosecution, in this case, the Rabat Court of Appeal.

Since the military defeat of ISIS in the battle of Mosul, Iraq, in 2017, Moroccan jihadists have chosen to concentrate their efforts and activities in the Sahel belt, a greenhouse for ISIS, Al-Qaeda and other Afro-Islamic jihadist organizations. The region is an area of utmost importance for Morocco, which has increased its efforts and cooperation with the African states to its south and southeast as an extension of its national security and strategic economic partnership.

According to the new director of the BCIJ, Cherkaoui Habboub, more than 100 members of the POLISARIO (fighting Morocco on the issue of the Western Sahara annexed to the kingdom in 1976) are part of Al-Qaeda, and their camps are situated in Tindouf (on the Algerian-Moroccan southern border). These are centers for recruitment and training, which enjoy Algeria’s sponsorship as it refuses to cooperate with Morocco on jihadi terrorism.

Islamic networks are still busy in Morocco recruiting jihadists, mainly in the Casablanca suburbs and in the northern city of Ceuta. Those networks also concentrate on Spanish residents of the Moroccan expat community in Spain. Since 2013, the anti-terrorist agencies in Spain, in cooperation with their Moroccan counterparts, have dismantled more than 40 terrorist cells and incarcerated around 150 jihadists. More than 83 percent of the jihadists are men, and their average age is 32 compared to 23 for the women; two-thirds of the men are married, having graduated from high school with approximate knowledge of Islam!

In its efforts to combat terrorism, Morocco has struck partnerships with other leading powers in the fight against terror. Morocco has signed 80 conventions dealing with security and judicial cooperation relating to terrorism. A special relationship has developed with the United States, with rumors that the United States is interested in establishing a military base in the Sahara. This relation is characterized by the Moroccans as “strategic” since it is intended to provide Morocco with essential and pre-emptive intelligence concerning the activities of the jihadist and other terrorist organizations posing a threat to the kingdom. Since 2016, Morocco has been part of the United States Africa Command (AFRICOM), the multi-national force initiated by the United States and dedicated to combating jihadists in the Sahel belt and Africa.

Moroccan aircraft in a joint exercise with planes from the USS Eisenhower on March 4, 2021. Source: AFRICOM.

Morocco has also developed its cooperation with France, Spain and Portugal in the framework of G4 security. Belgium has also been approached in this matter.

Moreover, Morocco has reorganized its anti-terrorist agencies and deepened the cooperation between the different security and legal organizations, a situation that allows the Moroccan apparatus (agencies related to the Interior Ministry, police, gendarmerie, Direction Générale de la Surveillance du Territoire … and others) to conduct precise and coordinated operations against terrorist targets with the full cooperation of the Rapid Intervention Group (Groupe d’Intervention Rapide–GIR).

The BCIJ, the local Moroccan FBI, has its headquarters in Sale, next to the capital Rabat, located in the heart of the “triangle of death,” as it is nicknamed by the local inhabitants. The BCIJ offices are behind the walls of the Zaki prison and a few steps from Sale’s anti-terrorism court. The BCIJ represents in fact the legal arm of the DGST, the internal security agency. Suspects arrested and interrogated are sent to the attorney general responsible for the prosecution, whose offices are just opposite the ones of the BCIJ. The BCIJ has even been given permission to investigate terrorist acts committed outside the Moroccan borders.

In parallel, the Moroccan Royal Armed Forces (FAR), together with the ministry of interior, have deployed a security network called “Hazr” ( Arabic for vigilance) meant to beef up the border posts in the airports and the train stations. The kingdom has also revised its laws concerning terrorist activities to include even penalizing the intent of individuals to join terrorist cells and fighters outside Morocco’s borders.

In summary, Morocco has been plagued for almost two decades with changing patterns of jihadi terrorism. After having suffered severe blows at the beginning of the century, Morocco has put in place a system that has succeeded in foiling numerous terrorist activities. This, of course, demands constant effort, efficient organization and ingenuity.

No doubt that jihadi-terrorism in Morocco is linked with the wider context of Islamic radicalism prevalent nowadays and is specifically influenced by the ongoing jihadi activities in the Sahel area and Europe. Morocco has built an amazingly effective response to that terrorism. Still, it has not succeeded in eradicating the causes that are behind the existence of those extremist movements. Like other countries in the area, Morocco suffers from a political virus emerging from failed states like Libya and unstable regimes in the Sahel belt. The future of those jihadist organizations relies on the concerted efforts of all concerned to fight this phenomenon at its very roots.