(March 10, 2022 / JNS) With news of war in Ukraine grabbing all the headlines, Palestinian Arab officials and advocates are straining to find comparisons between the Ukraine-Russian crisis and their own cause. There are indeed some comparisons, though not the ones they have in mind.

PLO official Nihad Abu Ghosh sees an analogy between the collapse of the Soviet Union (in 1991) and the Ukraine crisis—in both situations, he complains, Israel is taking advantage of the situation in order “to increase settlement building in the occupied West Bank by promoting immigration.”

That’s important because it was the PLO that signed the Oslo accords with Israel in 1993; the Palestinian Authority had not yet been established. The Oslo accords do not prohibit Israel from building new towns in the Israeli-controlled portion of Judea and Samaria. Nor do the accords bar Israel from allowing Ukrainian Jews, or anybody else, to settle in those towns.

In other words, Abu Ghosh is complaining about something that is permitted by the agreements his own organization signed and is bound by. Indeed, any PLO or P.A. official who protests against more Jews becoming residents of Israeli-controlled territories is protesting against something that the PLO and PA leadership already agreed to.

So why do P.A. officials—and advocates of the Palestinian Arab cause in general—keep complaining about “illegal Jewish settlements”? Because they know they can get away with it. No reporter ever asks them, “But don’t the Oslo accords permit Jewish settlements in Israel’s territories?” No editor ever fact-checks them or corrects them before publishing their op-eds about “illegal settlers.”

Another Ukraine-Palestinians analogy currently making the rounds has to do with the suffering of civilians. This allegation gained currency in social media this week, courtesy of international supermodel Gigi Hadid, who announced that she is donating all her earnings “from the fall 2022 shows” to “aid those suffering from the war in Ukraine” and “those experiencing the same in Palestine.”

Let’s leave aside, for the moment, the hypocrisy of the P.A. or Hamas accepting donations from the earnings of a model whose outfits flagrantly violate the Islamic strictures that are the law in both the P.A. territories and the Hamas-run Gaza Strip. The P.A.’s constitution says “Islam is the official religion in Palestine” and that “the principles of Islamic Sharia [law] will be the main source of legislation.” The garb promoted or imposed upon women under the P.A. and Hamas differs quite noticeably from that which is worn by Hadid on the runway. 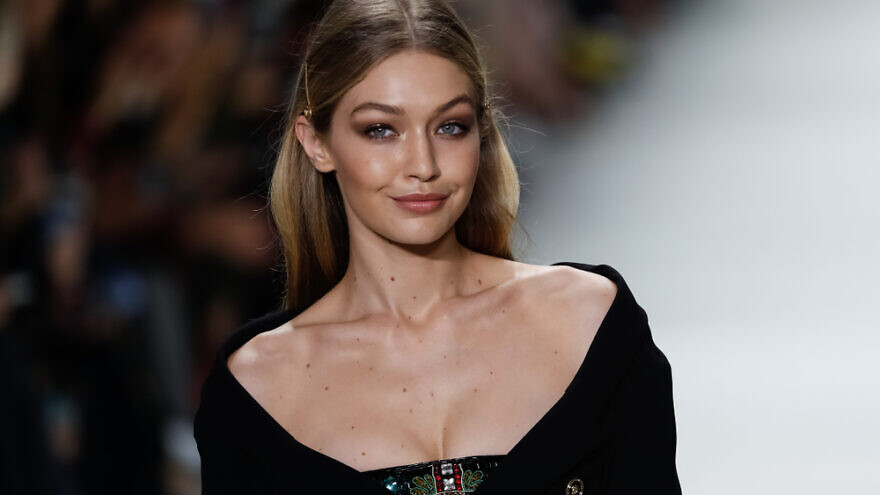 Instead, let’s focus on Hadid’s analogy. “Hands off Ukraine, Hands off Palestine,” she tweeted, and supporters of the Palestinian Arab cause everywhere surely are nodding their heads in agreement.

For decades, the Arab regimes surrounding Israel have been supporting the violent Palestinian Arab terrorist-separatists in Judea, Samaria and Gaza—just like Russia has been supporting the terrorist-separatists in the Donetsk and Lugansk regions of eastern Ukraine. The Arab regimes have periodically launched wars against Israel based on the pretext of the “suffering” of those separatists—again, just like Russia’s war against Ukraine.

The Arabs, like the Russians, are the aggressors, trying to take over a country that belongs to somebody else. Israel, like Ukraine, is an embattled democracy with deep roots in their land.

As for the suffering of innocent civilians—again, there’s a valid comparison, just not the one that Gigi Hadid or Nihad Abu Ghosh have in mind. The repeated Arab invasions of Israel have claimed the lives of thousands of Israeli civilians. The daily attempts by Palestinian Arab terrorists to shoot, stab or stone Jews to death cause constant suffering to Israeli civilians. I wonder when Hadid will donate some portion of her earnings to alleviate their suffering.

So, by all means, let’s examine the Ukraine crisis for comparisons to Israel, even if what we find proves uncomfortable for P.A. spokesmen, pro-Palestinian cultural celebrities or other advocates of the Palestinian cause.

Stephen M. Flatow, is an attorney and the father of Alisa Flatow, who was murdered in an Iranian-sponsored Palestinian terrorist attack in 1995. He is author of “A Father’s Story: My Fight for Justice Against Iranian Terror.”