(May 5, 2022 / JNS) Harvard made headlines when it set up a $100 million endowment fund to research and redress its “extensive entanglements with slavery.” While Harvard’s role in slavery ended in 1781, anti-Semitism remains embedded at Harvard today, which begs the question: When will Harvard investigate and set up a fund to redress its more than 100-year history of anti-Semitism, including its employment of bigots, acceptance of funding from anti-Semites, welcoming of anti-Semites as faculty and speakers, promotion of anti-Semitic tropes, and tolerance of anti-Semitism on its campus?

Just the latest example of the sickness at Harvard was the decision by the editorial board of the Harvard Crimson to endorse the boycott of Israel. Yes, the “best and the brightest” America has to offer are so profoundly ignorant—to be charitable—that they have joined the call for the destruction of Israel without so much as a mention of how Hamas and the Palestinian Authority deny Palestinians their most fundamental rights, including freedom of speech and freedom of the press.

As of my writing, the Harvard administration’s response has been silence.

It should not be surprising that Harvard students are so intellectually and morally challenged so as to endorse the destruction of Israel given their environment. 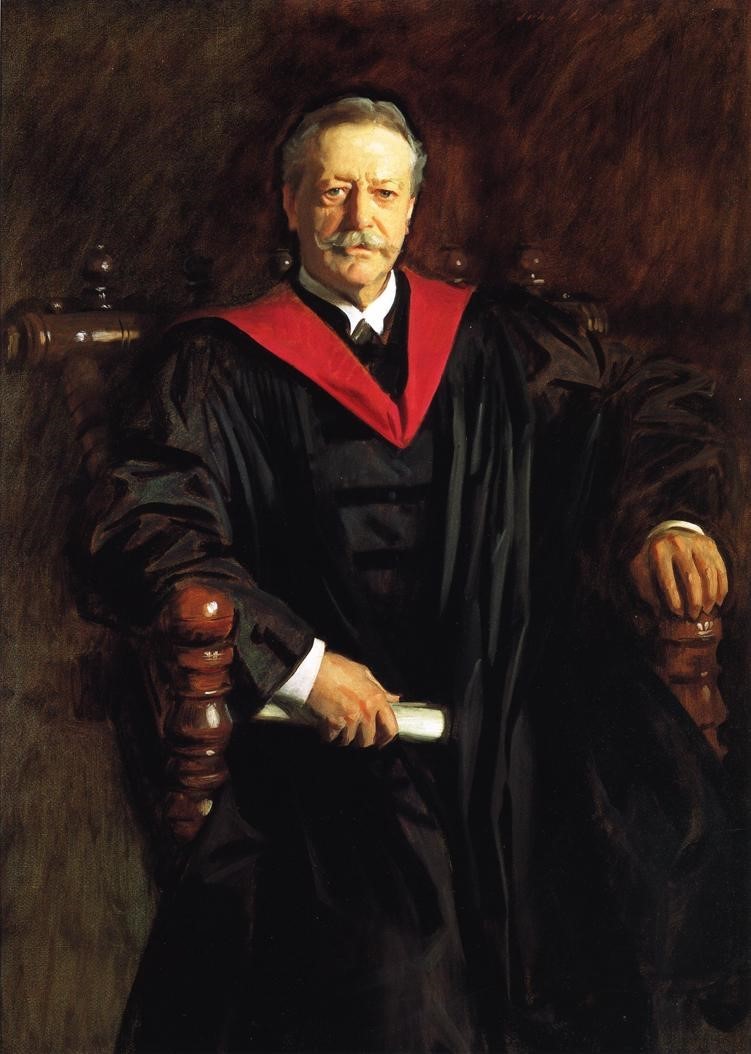 Fast-forward to the 21st century. In 2004, the Harvard School of Divinity accepted then returned a $2.5 million gift from the president of the United Arab Emirates who was funding vicious anti-Semitic groups. If not for a campaign by then-student Rachel Fish and the concomitant bad publicity, the school would have kept the money.

In 2005, Prince Alwaleed Bin Talal donated $20 million to Harvard, one of several gifts he made to universities to promote the Saudi view of the Middle East (Harvard has received more than $187 million in gifts from Arab donors and governments). The following year, the Kennedy School of Government published John Mearsheimer and Stephen Walt’s paper, “The Israel lobby and U.S. Foreign Policy.” The study was immediately ridiculed for its shoddy scholarship.

In my review of their subsequent book, I noted, “They were two prominent political scientists who knew nothing about the Middle East and had demonstrated their ignorance.” David Hirsh, a sociologist at the University of London, wrote, “Anybody who wanted to talk about Jewish or Zionist power now had a Harvard and Kennedy School stamp of respectability with which they could inoculate their own ideas against the spurious and disingenuous charges of anti-Semitism which would be sure to follow.”

The paper was an acute embarrassment to Harvard, whose logos appeared on the report’s front page. They were removed, and a disclaimer was added that the authors are “solely responsible” for the content and that Harvard and the University of Chicago “do not take positions on the scholarship of individual faculty.” In other words, facts don’t matter.

In 2017, Harvard awarded the Robert Coles “Call of Service” Award to Council on American-Islamic Relations (CAIR) co-founder and executive director Nihad Awad, a supporter of Hamas who has said, “many presidents are servants to Israel, and it’s hard to see someone who is, uh, disobeying the political authority of Jewish interests” and that Jews “have been saying ‘next year to Jerusalem,’ we say ‘next year to all Palestine.’ ”

“With its choice of honoree this year,” then-Hillel president Eric Fingerhut stated, the university “is applying its good name and reputation to a normalization or countenance of support for terror.”

In 2020, Harvard hired Saeb Erekat, the Palestinians’ chief peace negotiator, to mentor students and give virtual seminars as a fellow in the Future of Diplomacy Project at the Kennedy School’s Belfer Center for Science and International Affairs. Erekat, who died in an Israeli hospital of COVID-19, was a serial liar and a defender of the Palestinian Authority’s “pay-for-slay” policy. He said, “I will never recognize Israel as a Jewish state” and condemned the Abraham Accords. As I wrote after the announcement, this was an example of “how little value Harvard places on scholarship, morality and honesty.”

Last year, longtime professor Cornel West threw a tantrum after he was denied tenure at Harvard’s Divinity School. He blamed a Jewish conspiracy for this raw deal. “My controversial and outspoken views about, and critiques of empire, capitalism, white supremacy, male supremacy and homophobia are tolerated, but any serious engagement around the issues of the Israeli occupation are rendered highly suspect and reduced to anti-Jewish hatred or prejudice,” he claimed. He also blamed Jewish administrators and donors.

The Center for Middle Eastern Studies, whose outreach program was meant to educate K-12 teachers, had a history of bias towards Israel and was headed at one point by a BDS advocate. The commemorative book published on the 50th anniversary of the center’s establishment noted that the center’s outreach program was funded by the federal government, Harvard and the Saudi Arabian Oil Company (Aramco). Negative publicity likely played a role in Harvard deciding to stop taking federal funds and “refocus” its outreach activities.

I checked the CMES course list for spring 2022 and found 81 classes, of which 30 were language courses, including three for Hebrew, and four related to Israel. One was on Israel’s political economy, another covered Judaism, Zionism and Israel. The third, “Narratives of Displacement and Belonging in Israel/Palestine” had an instructor who was not on the CMES list of faculty. Given the title, it would not be surprising if the course was unsympathetic to Israel.

The fourth course, “Law, Human Rights, and Social Justice in Israel and Palestine” was offered by Salma Waheedi, associate director of the Program on Law and Society in the Muslim World. She and 71 of her colleagues signed a letter accusing Israel of all the usual calumnies—racism, colonialism, repression, etc.—defending Palestinians’ right to “resist,” demanding an end to U.S. support for Israel and expressing support for Palestinian liberation (aka the destruction of Israel).

Now, imagine a student group being allowed to host an annual program expressing views that are racist, homophobic or sexist. It’s unthinkable, and yet at Harvard and dozens of other universities, Palestinians put on hate weeks directed at the Jewish people. This year’s program featured the discredited former professor Norman Finkelstein, who Professor Alan Johnson called “a polemicist with … a prose style that is a parody of a once-flourishing anti-Semitic literature,” and Noam Chomsky, who has “warned of Israelis’ sinister ’Judeo-Nazi tendencies,’ labeled Gaza a ‘concentration camp … under a vicious siege,’ and insinuated Israeli Jews are edging closer to ethnically cleansing Palestinians.” Bowing to intersectionality, the program included a session on “Black Palestinian Solidarity” and “pinkwashing.”

The students are emulating faculty, at least 40 of whom have signed one-sided statements and petitions condemning Israel and/or supporting the BDS campaign.

Earlier in the month, protesters disrupted a lecture by Israel’s Ambassador to the United States Michael Herzog and tried to do the same during a study group with Israel Defense Forces Gen. Amos Yadlin, which they had called for Harvard to end.

Also, this year, the International Human Rights Clinic at Harvard Law School, in conjunction with the Addameer Prisoner Support and Human Rights Association, issued a report to the United Nations repeating the anti-Semitic libel that Israel is like Afrikaner South Africa. Addameer is one of the organizations Israel designated as a terrorist organization because of its affiliation with the Popular Front for the Liberation of Palestine, which is on the U.S. terror list.

A Harvard Law alumnus noted the report “displays rather shoddy scholarship for future leaders of the legal world. Illogical conclusions, convenient definitions and assumptions, limited sources, one-sided review and a total failure to understand the Oslo regime or to recognize the security situation pertaining to Israel speak poorly of the authors.”

Harvard president Drew Faust said in 2017: “Universities must model a commitment to the notion that truth cannot simply be claimed, but must be established—established through reasoned argument, assessment, and even sometimes uncomfortable challenges that provide the foundation for truth. The legitimacy of universities’ claim to be sources and validators of fact depends on our willingness to actively and vigorously defend those facts.”

A noble statement but totally divorced from the reality of Harvard faculty and students trafficking in anti-Semitic propaganda with impunity.

Former Harvard president Lawrence Summers has written the university’s obligation to protect its students from discrimination is “absolute” but also observed “a vast double standard regarding what constitutes prejudice.” He correctly noted, “There is hypersensitivity to prejudice against most minority groups but what might be called hyper-insensitivity to anti-Semitism … with very few exceptions, university leaders who are so quick to stand up against microaggressions against other groups remain silent in the face of anti-Semitism.”

Harvard is an example par excellence. I eagerly await the university’s commitment of funds to redress its entanglements with anti-Semitism.