(August 19, 2019 / JNS) For those involved in international aid work, World Humanitarian Day on Aug. 19 is full of symbolic meaning.

It recognizes those currently suffering from disasters and crises, but also those who bring succor to those in great need.

So why would this holiday matter to Jews? What place do we have in this tragic web of human despair?

The answer is obvious, but often overlooked: individual Jews, Jewish organizations and Israel are often at the heart of efforts to care for humanity facing grave challenges. Headlines about a field hospital set up by the Israel Defense Forces in a far-flung location and Jewish groups providing millions in resources when devastation strikes are facts on the ground for which we can all be proud.

But there are also untold stories of individuals who put Jewish values into action in unlikely places to help both neighbors and strangers in need. They must be recognized, as they are part of an emerging trend of Jews seeking to create grassroots initiatives that strengthen the social fabric of the societies they live in, despite challenges like anti-Semitism and extremism. Frequently, we assume that only U.S. Jewish communities are engaged in social-change initiatives, but there is global Jewish engagement in these efforts.

Europe is one of the places where this development is most compelling. 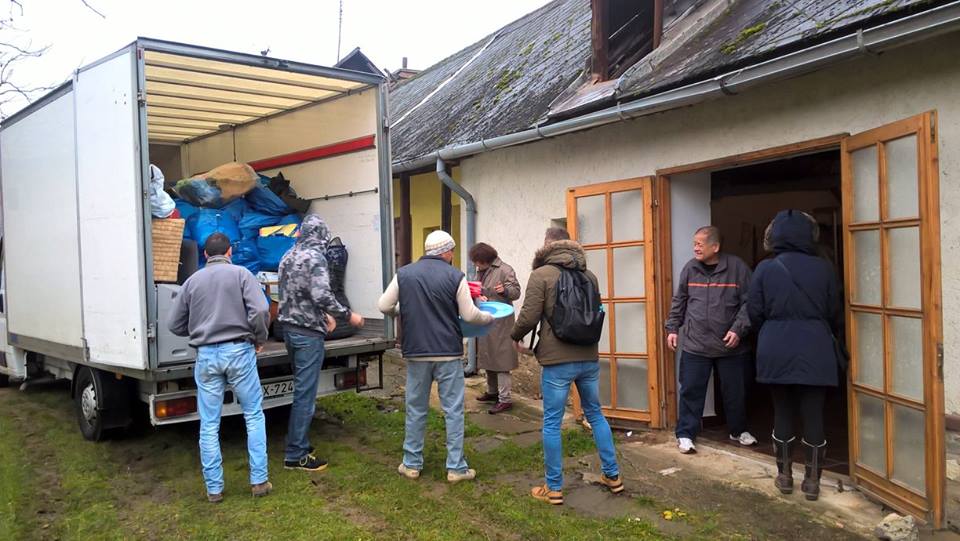 There is no question that the Jewish future in Europe is complicated each day by actions that threaten Jews. Many ask why they stay, arguing for safe refuge elsewhere. Despite polls that show that European Jews of all ages are concerned about their prospects and have considered leaving, the reality is that the majority are staying. And many have dedicated themselves to projects aiding the most vulnerable in the countries and communities they’ve long called home, and where they have built thriving Jewish life.

Last winter in Sofia, Bulgaria, we learned more about this phenomenon from a group of European Jewish activists at a summit exploring this issue. What we discovered was a pressing need among these Jews to expand, mature and strengthen this work. And most encouraging, they felt a profound sense of shared connectivity as their work was being done through a Jewish lens.

Supporting this work has roots in our historic approach to community development in Europe: learn what communities need to stay strong in the face of the challenges, and help provide the tools and partnership to make that happen. To that end, we invest today in Jewish community security, resilience and crisis planning.

We also focus on bolstering Jewish leaders and programs to reinforce and expand a European Jewish community that is confident and action-oriented. In addition to the Jewish summer camps, JCCs, and educational and cutting-edge Jewish cultural fare we’ve created and nurtured, we also want to champion efforts that strengthen ties between Jews and their neighbors, investing in their desires to help the vulnerable and further advancing Jewish contributions to European society.

To help address this goal, we developed the JDC “Tikkun in Action” small grants Initiative. This program helps Jewishly inspired individuals respond more effectively to pressing social issues they’ve identified in their countries, such as severe poverty, access to health care and human-service gaps faced by minority populations. The inaugural class of grantees reflects the scope of these challenges, and are supported by us in their work by the Drs. Alfred and Isabel Bader Philanthropic Fund.

We empower them three-fold: Peer networking ensures that they can learn from and share their experiences with others engaged in similar work. Training improves the quality and methodology of their work. And small grants strengthen and grow their projects. Given their geographic scope, we believe that planting these seeds will further generate new initiatives of the same kind in places where social challenges can be acute.

In Hungary, home to Central Europe’s largest Jewish community, Daniel Csango, together with the Antal Zsuzsa Foundation, is working to empower people with disabilities often at the fringes of society. At the same time, Tamas Horn’s Charity Taxi—incubated at JDC’s Mozaik Hub for grassroots Jewish innovators in Budapest—organizes volunteers around the city who collect donations like unwanted furniture and distributes them to the needy in peripheral communities. Fanni Tujner and the Bagazs Public Benefit Association run a program helping Hungary’s underserved Roma community manage debt, increase school attendance, pursue further education and get jobs.

In Bosnia and Herzegovina, beset by ethnic and religious divides, Nela Hasic is a Jewish woman who transformed a JDC initiative called the Women’s Health Empowerment Program into Think Pink, an independent, locally driven group focused on women’s health and breast cancer, an illness that is often taboo in her country, uniting many disparate groups in the battle to improve women’s lives and communities.

In Greece, Ilias Saltiel’s Athens Makerspace provides access to a variety of technologies and education for refugees and vulnerable populations to help them to create and sell goods, ultimately improving their quality of life. Zachary Gallant’s Integration Workshop Unkel helps assimilates refugees into the local population of the West German town of Unkel by creating opportunities for interaction and engagement in spaces like public parks.

These Jewish humanitarians—undeterred in their passionate dedication to improving lives—are the face of the Jewish future. As we know by now, we do not live in a bifurcated world. Strong Jewish communities only thrive when they have the power to care for those in their midst. We envision a world where Jews can take the skills and experiences from Jewish settings, and then apply them to the daily problems of marginalized groups.

In turn, these groups come to know Jews and the Jewish experience. It’s a bridge in a divided world that often seems impossible to construct. But by matching tikkun olam (“the repair of the world”) with our deeply ingrained sense of arevut (“ormutual responsibility”) for all humankind, it can be achieved.

For both the skeptics and the true believers, that is why this day should matter to Jews everywhere.