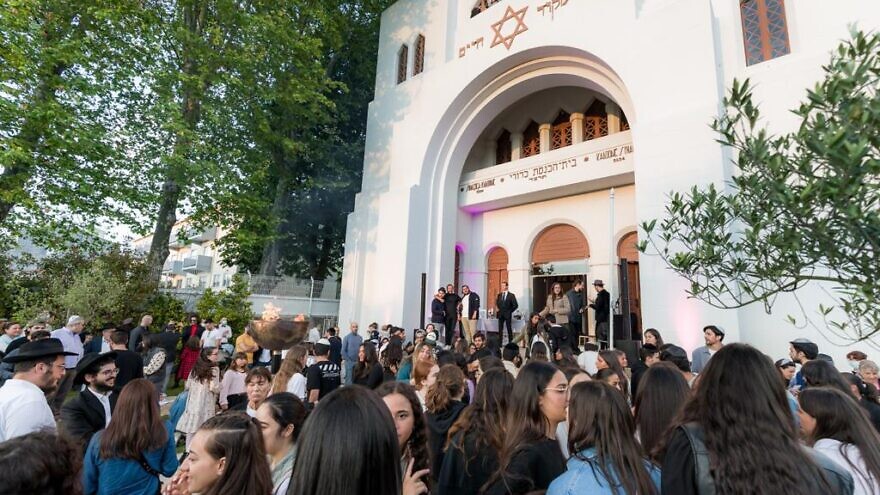 (July 19, 2022 / JNS) The Oporto Jewish Community on Monday again accused the Portuguese state of conducting an “ongoing anti-Semitic campaign,” after police raided the offices of several law firms and the home of the curator of the city’s Jewish Museum in connection with alleged corruption surrounding Portugal’s so-called “Spanish Law.”

According to a statement from the Jewish community leadership, the campaign is being orchestrated by “agents of the state” seeking to abolish the 2015 Nationality Law for Portuguese Sephardic Jews, which grants Portuguese citizenship to descendants of Jews expelled from the country in the 15th century.

“The lawyers [whose offices were raided] were presented with a list of about 20 names of well-known and powerful Jews who are at the center of a criminal investigation on suspicion of having obtained their Portuguese citizenship illegally,” said Oporto Jewish Community President Gabriel Senderowicz.

“All the names mentioned, with the exception of Mr. Kadoorie, paid a fee of €250 legally, as is charged to anyone applying for Portuguese citizenship,” said Senderowicz. “The community decided not to charge Mr. Kadoorie and offered him the certificate as a token of appreciation for his family’s contribution to the Jewish Community of Oporto.

“I regret that the ‘Spanish Law’ has become an anti-Semitic weapon against wealthy Portuguese citizens,” Senderowicz said. “This is nothing more than deception by some powerful state officials in the country who seek to disguise their anti-Semitic attitudes [with the claim] that these businessmen received their citizenship insincerely.”

The police raids come just weeks after the Oporto Jewish Community submitted a statement to a Portuguese parliament committee detailing the anti-Semitic abuse it claims to have already suffered.

The statement, which accused Portugal of persecuting Jews and engaging in anti-Semitism, was a response to the state’s announced intention to abolish the 2015 legislation.

The Oporto Jewish Community’s involvement with the Spanish Law began on a high note as Portugal’s government asked for its help in vetting Jews seeking citizenship. The law required certification from the Portuguese Jewish community “proving Sephardic Jewish lineage of Portuguese origin.”

Things took a turn for the worse when, in early 2020, opponents of the law began targeting the community, Senderowicz told JNS.

“They were a group of anti-Semitic politicians, journalists and influencers. They launched a slanderous campaign against the law, saying ‘candidates only want passports of convenience,’ ‘there are tens of millions of candidates’ [57,000 have in fact received citizenship] and ‘applicants need only pay thousands of euros to genealogists, lawyers and the Portuguese Jewish communities,’” he said.

The Oporto community then announced its intention to expose the anti-Semitic officials in a new exhibit at the Jewish Museum of Oporto.

Shortly afterward, said Senderowicz, the curator of the Jewish Museum received a visit from the police that lasted five hours, during which he was asked to hand over to police information about these officials and their actions.

“It’s just painful to see state representatives retreat hundreds of years, pursu[e] powerful people in Portugal just because of their Jewishness, try to destroy the leaders of our community, and turn their arrows of hatred against the richest people in Portugal, who applied for citizenship lawfully and now find themselves persecuted though innocent of any crime,” said Senderowicz.