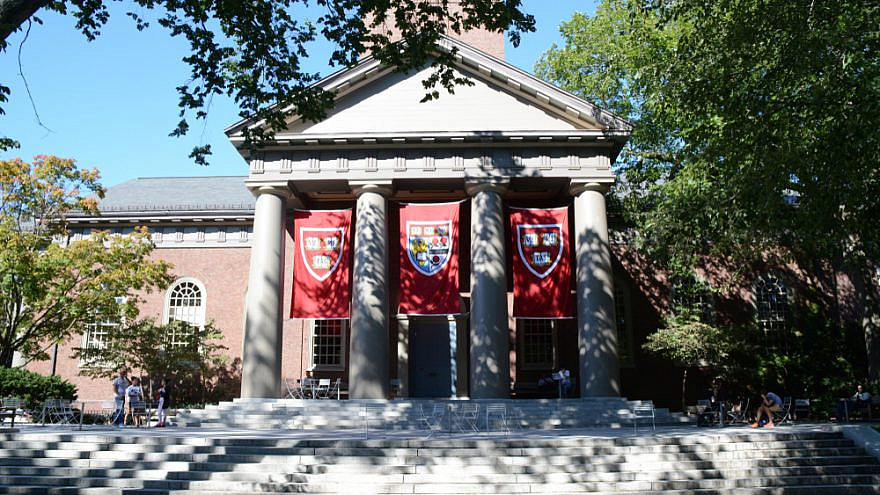 (June 15, 2021 / JNS) More than 900 Harvard University students, faculty members and affiliates have signed a petition “in support of Israel and the Jewish community.”

The “Harvard Israel Initiative,” which as of Tuesday afternoon had garnered 905 signatures and counting, asserts Israel’s “right to self-defense” and the “right of the Jewish people to self-determination,” while “condemn[ing] in the strongest of terms the indiscriminate firing of rockets by Hamas, a U.S.-designated terrorist group, at Palestinian and Israeli civilians.”

The petition further states: “We also stand against Hamas in its calls to destroy the State of Israel and exterminate the Jewish people, as well as its use of Palestinian civilians as human shields for its militants.”

It goes on: “We are also disheartened by the rise in anti-Israel sentiment and in activism across the University and the greater Cambridge area that seeks to delegitimize the existence of the State of Israel and the right of the Jewish people to self-determination, not least through the libelous application of terms such as ‘apartheid,’ ‘white supremacy,’ ‘ethnic cleansing’ and ‘colonialism.’ By extension, it pains us to see a rise in support among students and faculty for the Boycott, Divestment, and Sanctions (BDS) movement, whose founder Omar Barghouti has made statements such as ‘[Jews] are not a people” and has opposed “a Jewish state in Palestine in any shape or form.’ ”

Referring to Israeli airstrikes to quell rocket fire from Hamas in the Gaza Strip, the statement said: “The current escalation of violence against Palestinians in Palestine and in Israel follows years of systematic oppression and ethnic cleansing committed by the State of Israel.”