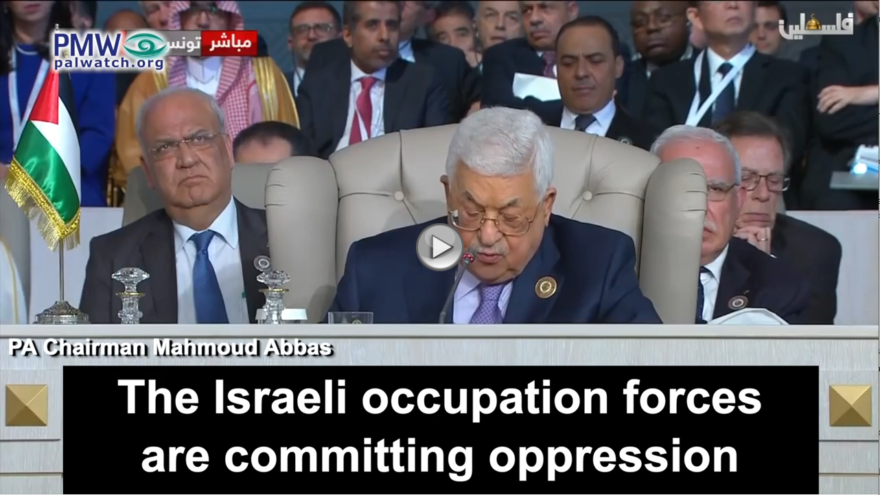 (July 26, 2022 / JNS) Palestinian Authority leader Mahmoud Abbas used a call to the pope to incite the Catholic Church against Israel.

According to a report by Palestinian Media Watch published on Tuesday, Abbas repeated the libel that the State of Israel “attacks” Christian and Muslim holy sites.

“His Honor [Abbas] updated Pope Francis on the attacks to which the Christian and Islamic holy sites are being subjected, especially the Church of the Holy Sepulchre and the blessed Al-Aqsa mosque,” both in Jerusalem, stated official P.A. TV news on July 12, shortly before U.S. President Joe Biden’s trip to the Middle East.

This is an ongoing motif of rhetoric from Abbas, who has said that the “occupation […] desecrates the sanctity  of our holy sites.” Abbas said this on official P.A. TV news on March 31, according to the report.

Palestinian Media Watch restated the fact that the P.A. and its leaders misrepresent all of the Temple Mount as being an integral part of the Al-Aqsa mosque compound; as such, they vilify any presence of Jews on the Temple Mount.