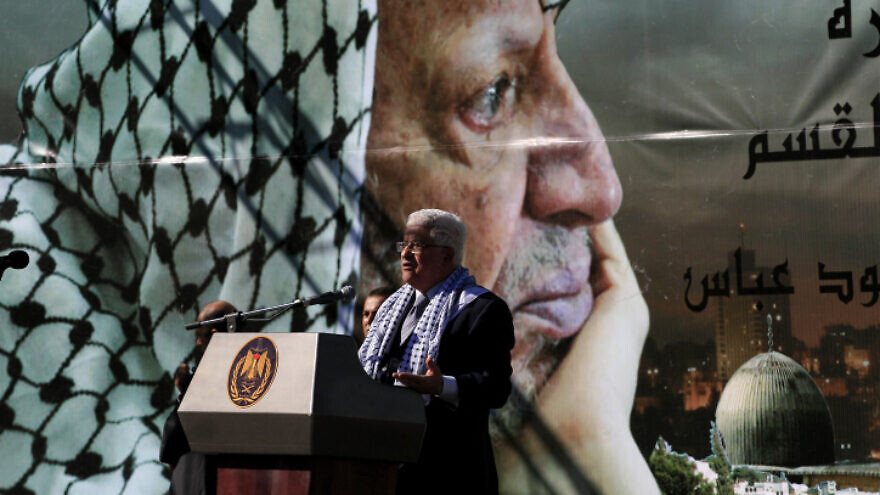 (December 31, 2020 / PMW) During an interview broadcast on official Palestinian Authority television, “military expert” Wasaf Erekat claimed that Jewish children are taught by their rabbis to kill all non-Jews.

The interview was aired on the Dec. 16 episode of a program called “PLO—Conventions and Agreements,” according to Israeli NGO Palestinian Media Watch.

Needless to say, there is no such principle in Jewish thought.

Later in the interview, Erekat said he was “in favor of resisting the occupation [i.e., Israel] by any means,” a phrase often used by Palestinian leaders as a euphemism for violence against Israeli civilians.

This is not the first time such views have been aired on official Palestinian television.

In the series “Fida’i” (“Self-sacrificing fighter”), produced by Al Aqsa TV in 2015 and rebroadcast in Gaza this year, a Jewish family is seen at the hospital bedside of a relative who was beaten and injured. As they discuss who the attacker might be, a young boy says: “Definitely an Arab. I hate Arabs. I want to kill them!”

A male relative responds: “My dear Noam, I want you to be like this. You should always hate Arabs. All our lives we hate Arabs. We don’t love Arabs.”

A female relative adds: “We hate Arabs, dear. All of us.”