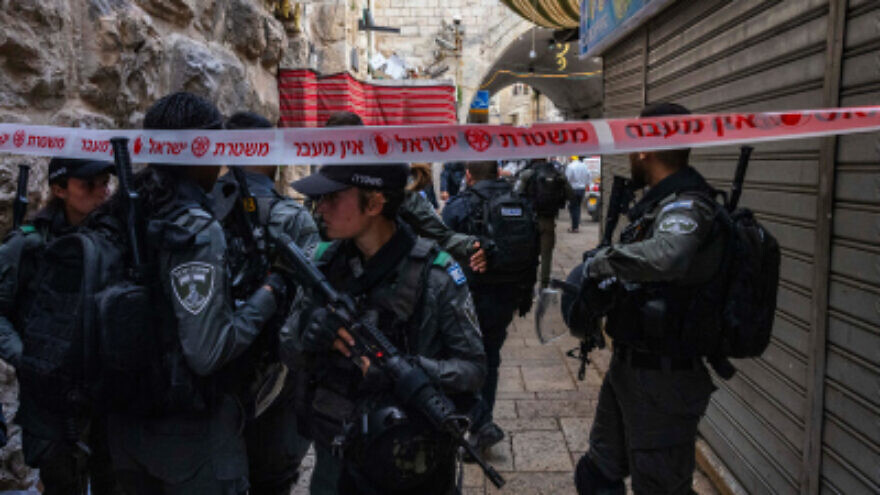 Israeli security forces at the scene of an attack near the Temple Mount in the Old City of Jerusalem on May 11, 2022. Photo by Olivier Fitoussi/Flash90.
Spread the word.
Help JNS grow!
Share now:

(May 11, 2022 / JNS) A Palestinian in his 20s shouted “Allahu Akbar” (God is great), and ran at police officers in the Old City of Jerusalem on Wednesday evening. He was shot by police.

The attacker was seriously injured and taken to a local hospital, though police said no others were wounded in the attack.

Police said the man had an object in his hand as he ran towards them.

A few days ago, in another incident in the Old City, an Israeli Border Police officer suffered moderate stab wounds in an attack near the Damascus Gate. The assailant in that case, identified as Mahmoud Sami Khalil Aram, 19, from Abwein in the Ramallah area, stabbed the officer in the upper body after being stopped for questioning, according to police. He was shot by officers at the scene and transferred to a hospital in critical condition, where he was later pronounced dead, said police.