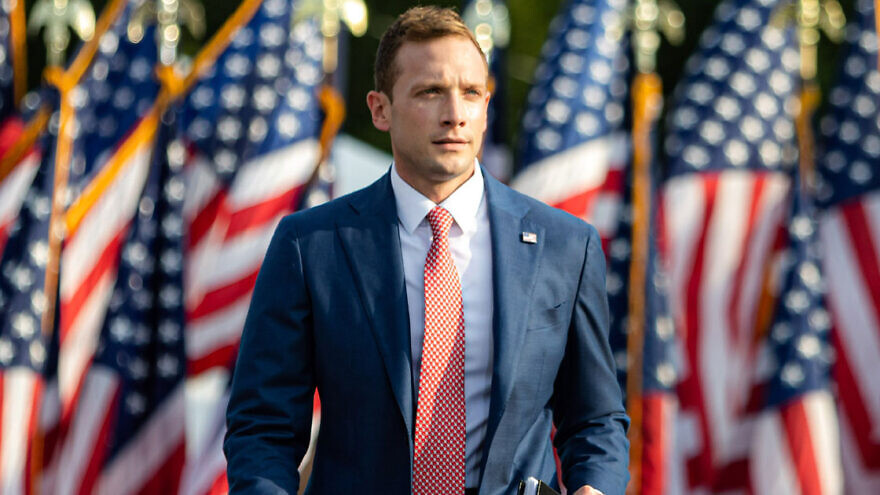 (January 3, 2023 / JNS) Thirty-three Jewish lawmakers were sworn into the new 118th Congress on Tuesday, according to the Pew Research Center.

Despite having one fewer member than in the 117th Congress, Jews continue to account for about 6% of all U.S. representatives and senators, an analysis from the Washington-based think tank also states, adding that they make up about 2% of the adult population.

Jewish members make up 6% of both freshmen legislators and returning members.

Twelve percent of the Democrats are Jewish, as are two Republicans: returning Rep. David Kustoff of Tennessee and freshman Rep. Max Miller of Ohio.

Jews have a wider presence in the Senate (9%) than in the House (5.5%). The analysis also highlights that Jews make up a slim majority of the non-Christian members of Congress.

The 118th Congress also has Rep. George Santos of New York, who identified as Jewish during his campaign but is now categorized as “Don’t know/refused” following his admission that he lied about his supposed Jewish heritage and that his grandparents fled the Nazis.

There are three Muslims in Congress, all Democratic representatives—André Carson of Indiana, Ilhan Omar of Minnesota, and Rashida Tlaib of Michigan.

Congress remains largely untouched by two trends that have long marked U.S. religious life: a decades-long decline in the share of Americans who identify as Christian and a corresponding increase in the percentage who say they have no religious affiliation.

Since 2007, the share of Christians in the general population has dropped from 78% to 63%. Nearly three in ten U.S. adults now say they are religiously unaffiliated.