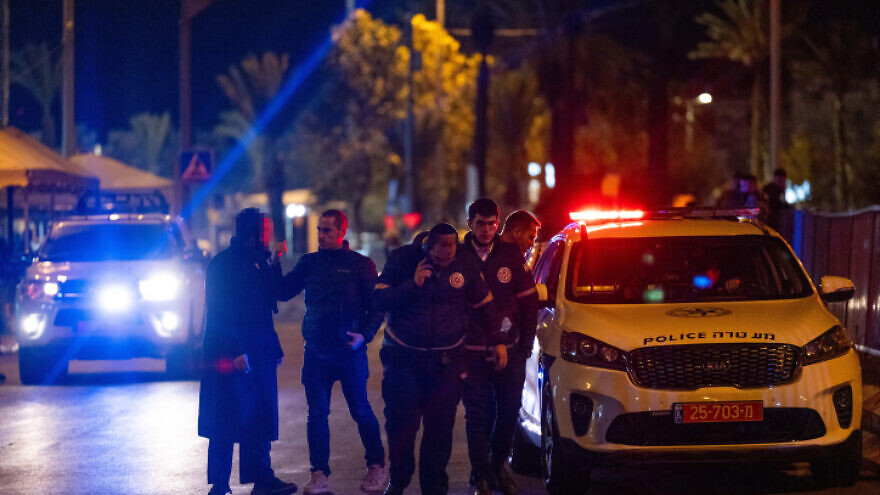 (January 22, 2023 / JNS) Police arrested a 13-year-old boy in possession of a knife in Jerusalem’s Old City on Saturday night.

After the teen aroused suspicions, forces detained him and found the weapon during a search. A preliminary probe found that the resident of Jerusalem’s Isawiya neighborhood intended to carry out a stabbing attack.

“This is another example of the professionalism of the Jerusalem District police officers and Border Police fighters working in the city in the ongoing fight against terrorism,” said district commander Doron Turgeman in a statement. “The vigilance of the police officers, their quick response and their pursuit of contact are what led to the arrest of the suspect.”

Also on Saturday, the Israel Police opened an investigation into an incident in which a young girl was lightly injured by shards of glass after her window was pierced by a bullet fired from a neighboring Palestinian village.

The girl, 7, was at home in the Pisgat Zeev neighborhood in northern Jerusalem when a bullet struck a window in the apartment and then narrowly missed her forehead. She was rushed to the hospital for treatment.

Last week, Israelis in Judea and Samaria called on the government to crack down on Palestinian terrorism after a family home in Shaked, in northwestern Samaria, was struck by gunfire.

Resident Limor Marom, a mother of three young children, warned that inaction on the part of the government could have deadly consequences.

“I have lived here for 23 years, and this [terrorism] is something that has never happened [in the past]. My biggest fear and that of all the residents here is that it will become routine. I appeal to everyone who is involved in security to do whatever is necessary, [whether] it means closing [Palestinian] villages or shooting back at [the terrorists]. Miraculously, there have been no casualties. Don’t wait for our children to be harmed,” she said.