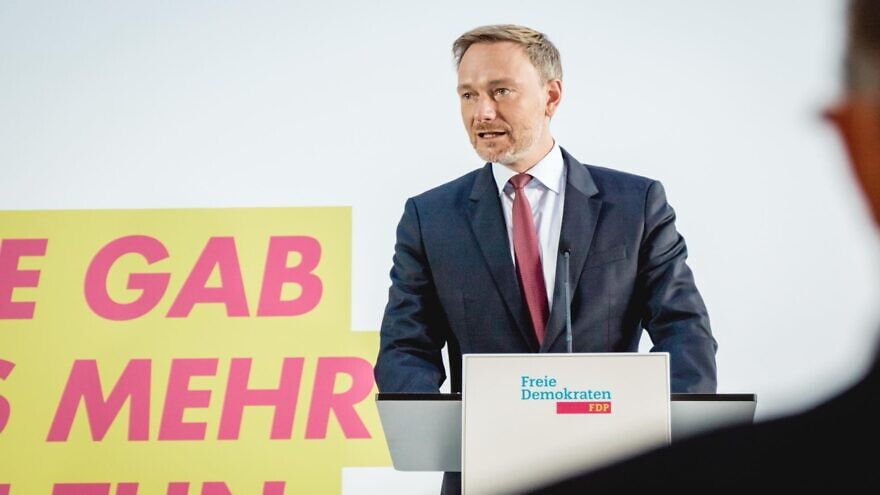 (October 19, 2021 / JNS) With the Merkel-era soon to be over, Germany will turn a new political page with the rise of the center-left Social Democrats (SPD) and the left-wing Green Party. With Merkel’s Christian Democrats (CDU) and its sister party, Christian Socialist Union (CSU), in shambles following the worst results in its history, the liberal Free Democrats (FdP) are now viewed by many Jews and pro-Israel advocates as the main plug towards a leftward stream in German leadership.

The FdP is at the height of negotiations with the SPD and the Greens. This “traffic light” option, dubbed for the colors of the parties, will require reconciling stark differences in their respective energy and economic policies. The FdP favors the free market, while its potential partners favor more government interference, particularly in promoting climate neutrality. Unlike similar talks following the last election in 2017, when the FdP bowed out and chose to remain in the opposition, this time they are on track to succeed.

“What’s changed is that this is probably the last opportunity for the Free Democrats to get in government, and they’re not going to miss it,” said Bojan Pancevski, Germany correspondent for The Wall Street Journal and analyst of European politics.

In 2019, the FdP solidified its pro-Israel credentials when it authored a resolution to change Israel’s voting patterns in the United Nations. The motion failed to pass, gaining the support only of the right-wing Alternative for Germany (AfD). In 2018 alone, Germany voted 16 times for anti-Israel resolutions in the international body out of 21 while abstaining from four.

“When it comes to the liberal democratic party [FdP], that is a party which has traditionally been very pro-Israel,” said Sacha Stawski, head of the watchdog group Honestly Concerned and organizer of the Israel Conference in Frankfurt. 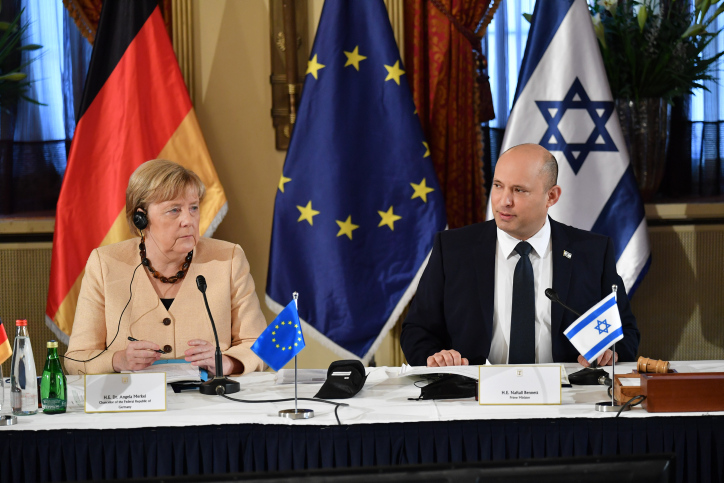 Still, the established Jewish community generally view the CDU’s leadership as the best bet for Jewish life in Germany and the German-Israel alliance, despite missteps by Chancellor Angela Merkel, including her controversial act of indiscriminately opening Germany’s borders to Muslim migrants, which have infused Germany with anti-Semitic actors, and the aforementioned anti-Israel voting patterns.

“While Angela Merkel is being a lot more talk in terms of the German raison d’être than actual pro-Israel voting and pro-Israel friendship in the U.N., we nonetheless saw that the Christian Democrats as a whole at least see the raison d’être and standing up for Israel’s security as part of German responsibility,” said Stawski.

‘These things don’t change with the parties’

One reason for Merkel’s leftward shift has been its alliance with the SPD, nicknamed the “Grand Coalition.” In the hands of the Social Democrats, Germany’s Foreign Ministry has disappointed Jewish and pro-Israel voters. Foreign Minister Heiko Maas, despite having said he went into politics because of “Auschwitz,” is actively courting business with the anti-Semitic Iranian regime after earlier this year remarking on Tehran’s “reckless behavior.” His predecessor, Sigmar Gabriel, drew Israel’s ire for suggesting Israel was an apartheid state. German President Walter Steinmeier and former SPD Foreign Minister marred his name among the pro-Israel camp when bowed his head and laid a wreath at the grave of former PLO leader Yasser Arafat in 2017.

With internal leadership squabbles, the CDU is now poised to move to the opposition. 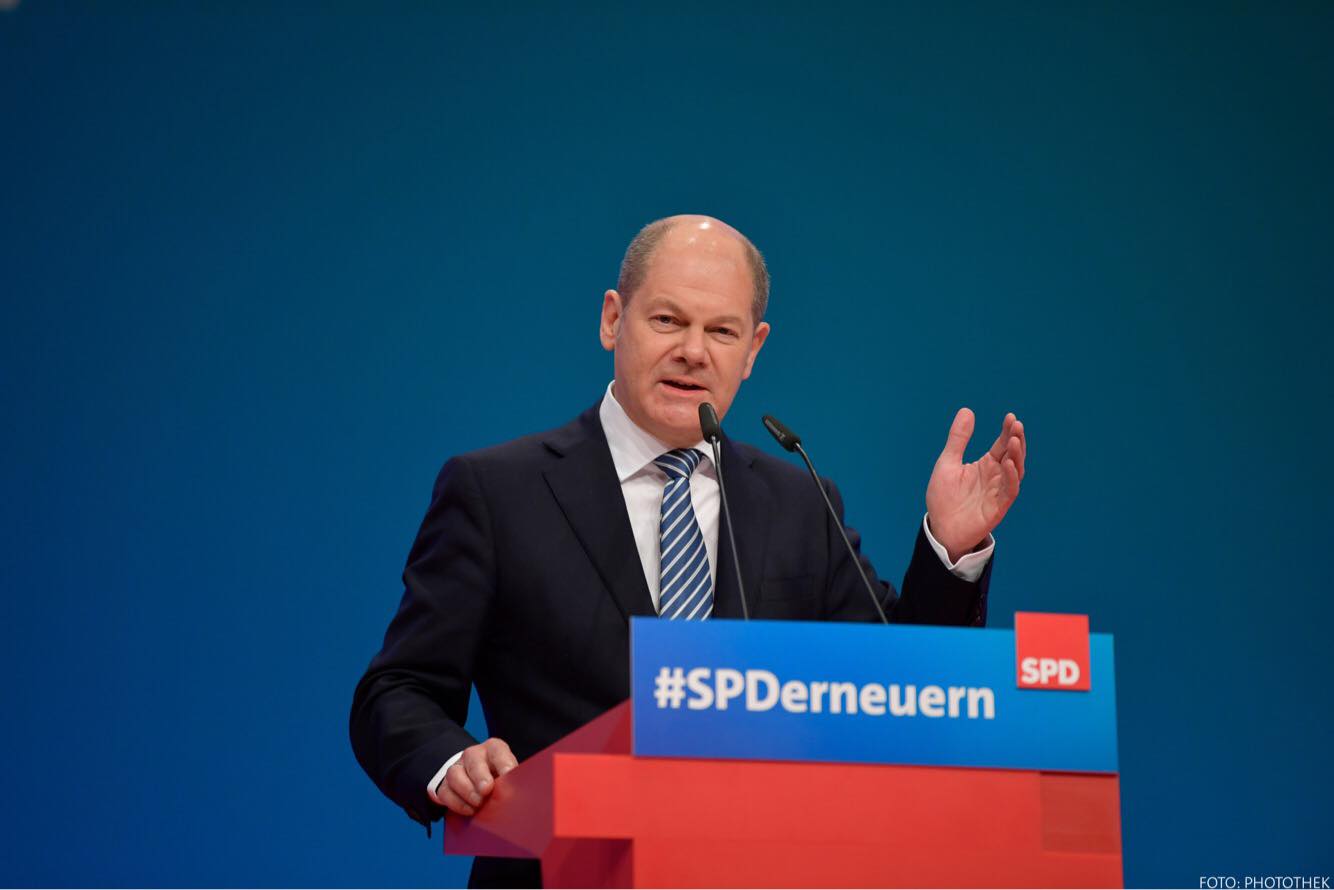 “The Grand Coalition is essentially unloved by anyone,” said Pancevski. SPD’s head, Vice Chancellor Olaf Scholz, beat out the CDU’s unpopular Armin Laschet by just one point, with the Greens placing third. “They are reading the writing on the wall. All the polls are saying that people are not happy with the status quo.”

Some pro-Israel activists, like Andreas Boldt who founded the 40,000-follower-strong German-Israel Friendship Facebook page, are relieved at Merkel’s departure and unmoved by CDU’s fall, believing she had suppressed her conservative base and irreparably damaged the party politically and ideologically. He said her recent visit to Israel is “not playing an honest game.”

“The CDU under Merkel in the past 16 years shifted very, very to the left, so that positions 16 years ago that would be called center-politics back then would now be called right-wing politics because of the shift,” explained Boldt.

He voted for the AfD, which he considers the “go to” party for disillusioned conservatives, but the AfD is effectively ostracized by the other parties as well as by the mainstream Jewish community, particularly over leaders’ remarks interpreted to relativize the Holocaust. Stawski, who signed the resolution of more than 60 Jewish organizations denouncing the AfD as an anti-Semitic, racist force, has dismissed its pro-Israel motions in the Bundestag a “fig leaf.”

For Boldt, the FdP is second best.

“They have a great ideology that I fully support, but in the past, they always got weak when they got into the government and gave up their core positions,” said Boldt.

Independent Israel activist Malca Goldstein-Wolf is hoping her vote for the FdP will be vindicated.

“I am pleased about the FdP’s upswing, but I am skeptical about whether they will be able to prevail over the left-wing forces when it comes to Middle East policy. In any case, it’s better for us that they become part of the government.”

She considers Scholz a “Trojan horse” for more radical left-wing players in the party, despite his having appeared in May at the pro-Israel rally organized at the height of the Gaza skirmish in part to counter the rabidly anti-Jewish displays at anti-Israel rallies held in the heavily Muslim areas of Berlin. “Nothing justifies these rockets,” Scholz said from the podium, reiterating Angela Merkel’s pledge about Israel’s security being Germany’s “raison d’être.”

“To be frank, I have the sense that most of the parties are paying lip service to the cause, but anti-Semitism, statistically speaking, is rising and rising,” said Pancevski. “Every year we have a 20 percent increase in anti-Semitism, but no one is really doing anything about it.”

Nevertheless, he doesn’t foresee a marked shift in foreign policy with the next coalition.

“These things don’t change with the parties,” he said. “These are fundamental German policies.