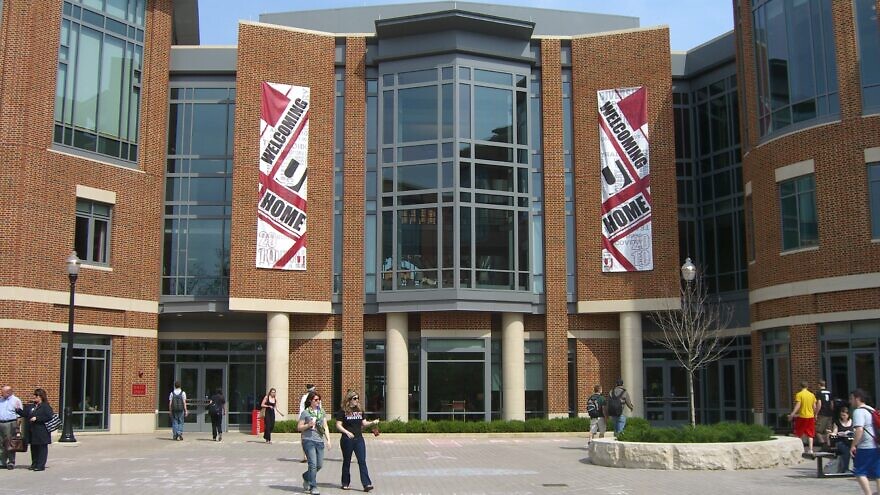 (August 12, 2022 / JNS) The Ohio State University’s Students for Justice in Palestine (SJP) chapter plans to host a vigil to honor Al-Aqsa Martyrs’ Brigades terrorist Ibrahim Nabulsi, who was recently killed by Israel, on Friday at 6 p.m.

The student group announced the “emergency protest and candlelight vigil” on Aug. 10 via its Instagram account. The post indicates that the demonstration is “in honor of our martyrs,” including Nabulsi and those killed alongside him, 25-year-old Islam Soboh and 16-year-old Hussein Taha, whom Palestinian Islamic Jihad (PIJ) has hailed as mujahideen.

“We will be honoring our martyrs Ibrahim Nabulsi, Hussein Taha, Islam Soboh and Momen Jaber. Please join us as we continue to fight and stand for justice in Palestine,” says the student club in the post’s caption, calling on participants to bring “signs, flags and keffiyehs” to the demonstration.

The fall academic semester starts on Aug. 23, with students arriving on campus prior to that date.

The United States and Israel consider the Al-Aqsa Martyrs’ Brigades to be a terrorist group, with the U.S. State Department designating the outfit as a Foreign Terrorist Organization.

Israeli counterterrorism forces killed Nabulsi, also known as the “Lion of Nablus,” on Aug. 9 after an hours-long firefight that ensued during an operation by the Israel Defense Forces, Israel Security Agency (Shin Bet) and Israel Police.

Nabulsi, who had previously evaded Israeli forces, was behind multiple shootings targeting Israeli civilians and IDF soldiers in Nablus and neighboring areas. The areas targeted by Nabulsi included Joseph’s Tomb, a holy site sacred to Jews.

The university declined to comment on the SJP event, saying it was not an official university event held on campus. “Ohio State has a deep and abiding commitment to free speech,” said Benjamin Johnson, senior director of media relations, in a statement shared with JNS.

Jewish student Alex Grosman criticized the school’s response to the vigil, calling it “ridiculous” and “indifferent” to the Jewish community’s concerns.

“It’s absolutely ridiculous that Ohio State believes that just because it’s off campus, it has no jurisdiction with this,” he told JNS. “It might not be on the campus itself, but [SJP] is an Ohio State-affiliated organization.”

“I understand that there is a whole free-speech argument behind this, but you get to a point where this is not free speech anymore. These are terrorist sympathizers,” said Grosman. “There is no other way to put it.”

Grosman further said that for the university to deem the issue “a matter of free speech” demonstrates “how indifferent Ohio State’s administration has been to the fears and the needs of its Jewish community over the past few years, especially as the SJP has taken a more aggressive anti-Semitic stance.”

The Ohio State Student Organization Registration and Funding Guidelines dictate that student groups “should be guided by, and contribute to the development of, the highest ethical, moral, and democratic ideals and standards.”

“Universities receiving state and federal funds have a responsibility to their students and the taxpayers that fund them to vigorously address organized student bigotry,” she said, calling for an investigation by the U.S. Department of Education into how often Ohio State disregarded “anti-Semitic and pro-terrorist activity by university-affiliated student groups.”

“Particularly at a time of soaring anti-Semitism, university leaders cannot remain silent when hate groups like SJP celebrate and pay tribute to members of U.S.-designated terrorist groups that target and murder Jews,” said Susan B. Tuchman, director of ZOA’s Center for Law and Justice, adding that administrators must put their First Amendment rights into use in “publicly and forcefully condemning SJP.”

Roz Rothstein, CEO and co-founder of the non-profit StandWithUs, also called on the administration to condemn the actions of the SJP chapter, saying they “must recognize that when anti-Israel groups host events glorifying terrorists who seek Israel’s destruction, it is alienating to many Jewish and Israeli students.”