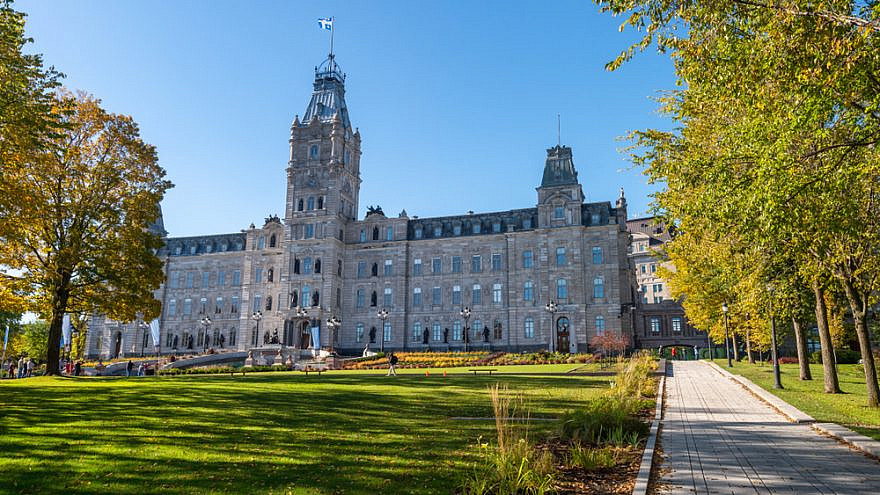 The IHRA definition has already been adopted by the provincial governments of  Ontario and New Brunswick, and in 24 cities across Ontario and Quebec.

“More than 75 years after the end of the Shoah, anti-Semitism remains present in our societies,” Charette said in the National Assembly. “Violence, threats and aggression experienced by our Quebec Jewish community have, deplorably, gained momentum these past weeks, in our cities as well as on social media.

“It is our duty to take all the means possible in order to combat anti-Semitism. That is why the government of Quebec joins the renewed international effort in adopting, as many countries, parliaments and international organizations have done, the non-binding IHRA definition of anti-Semitism as a certain perception of Jews that may manifest itself as hatred toward them.”

The Canadian Jewish group Federation CJA and its advocacy agency, the Centre for Israel and Jewish Affairs (CIJA), applauded the decision.

CIJA Quebec vice president Eta Yudin said the government’s adoption of the IHRA definition is “a clear affirmation of our elected officials’ recognition of the seriousness of the upsurge in hate targeting Jews and of the need for concrete action.”

Federation CEO Yair Szlak said, “Our public authorities will now be able to rely upon a tool that enables them to clearly define anti-Semitic incidents in Quebec. The Jewish community salutes the commitment and foresight of the government of Quebec in the fight against anti-Semitism, a fight that concerns Quebecers of every stripe.”