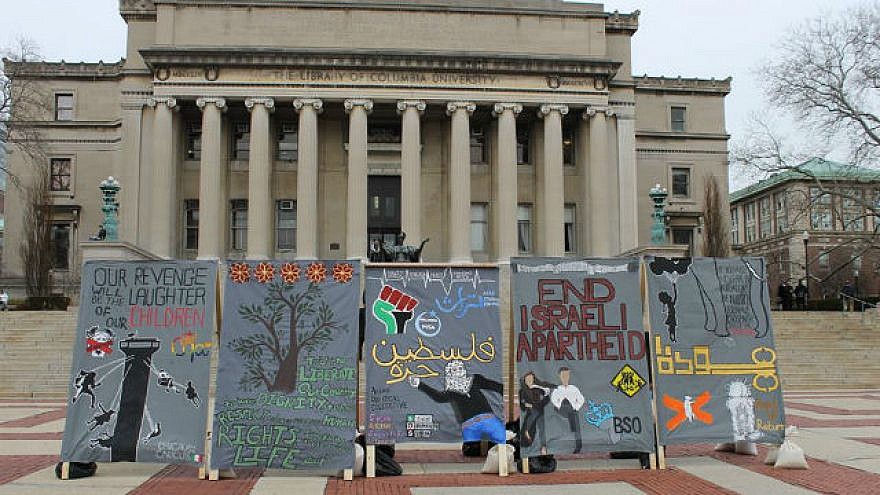 (October 13, 2022 / JNS) A total of 359 anti-Semitic incidents took place on U.S. college campuses during the 2021-22 academic year, according to a report released by the Anti-Defamation League on Wednesday.

The ADL’s Campus Report documented instances of accusations or “genocide” and “ethnic genocide” levied against Israel as well as the “ostracizing of Jewish students from campus organizations because of their assumed support for Israel or Zionism.”

Among the incidents, there were 165 protests/actions, 143 anti-Israel events, 20 BDS resolutions and referendums, 11 incidents of vandalism, nine instances of targeted verbal and/or written harassment and one physical assault.

In response to the large number of incidents, the ADL announced that it would be “broadening its educational and programmatic investment on campus, including the launch today of an expanded online resource to support students and combat anti-Semitism on campus.”

According to the ADL, the report exhibits a snapshot of a growing campus radicalism that places opposition to Israel and Zionism as “core elements of collegiate life or as a requirement for full acceptance in the campus community.”

The report provided information about the sources of funding for the student clubs responsible for many of the incidents, including Students for Justice in Palestine and Jewish Voice for Peace. While most funds come from student activity fees, the Rockefeller Brothers Fund funds JVP and Westchester Peace Action Coalition sponsors SJP.

There were three major themes and events characterizing campus anti-Semitism last year, according to the report—“Demeaning and ostracizing Zionists and Zionism, including expelling and excluding students from campus groups for expressing any affinity with Zionism or Israel; voicing support for anti-Israel terror and violence; and invoking classic antisemitic tropes and conspiracies in lectures and social media posts,” the ADL stated.