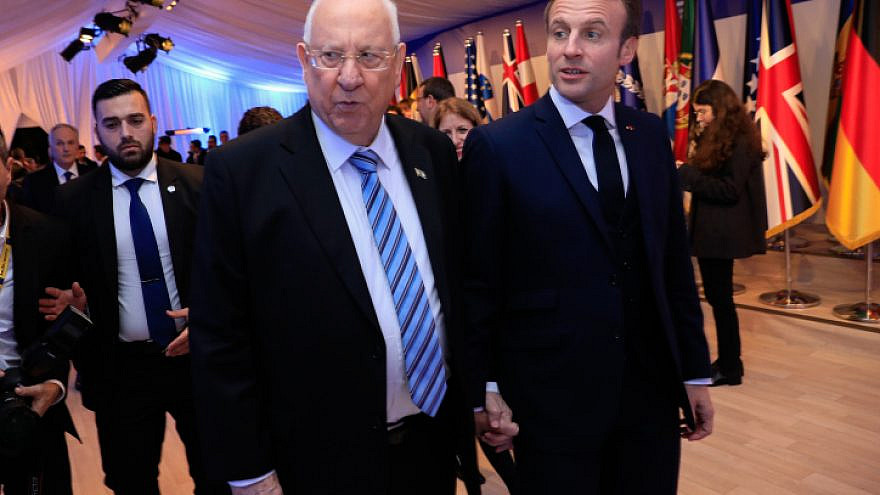 In a letter published in French daily Le Figaro ahead of his visit to Paris, Rivlin appealed to French President Emmanuel Macron and other European leaders to stand by the Jewish state in the face of the “morally and legally bankrupt” ICC decision.

The president stressed the importance of international law and the misuse of it by the ICC, and promised that Israel would stand by its soldiers.

“The decision of the International Criminal Court’s chief prosecutor to investigate Israel for possible war crimes is a misapplication of international law. A court that was established to deal with the gravest crimes of concern to the international community is being used as a political weapon, and it is a morally and legally bankrupt decision,” the letter states.

“For us, these are not just abstract legal questions. The soldiers and civilians that the ICC threatens to investigate are our children and grandchildren, our neighbors and friends. We will do everything in our power to protect them, just as they protected us when asked to.”

Rivlin noted that the ICC ruling has undermined the chances of Israelis and Palestinian finding “common ground,” as both sides are unlikely to engage in serious negotiations until the investigation is over, which might take years.

The president finished the letter with the words, “I call on the friends of Israel and the Palestinians, in France and abroad, to state clearly, once and for all, that the road to peace runs directly between Jerusalem and Ramallah.

“Detours through the International Criminal Court in The Hague and the United Nations Human Rights Council in Geneva are counterproductive to peace and undermine the chances of an agreement.”