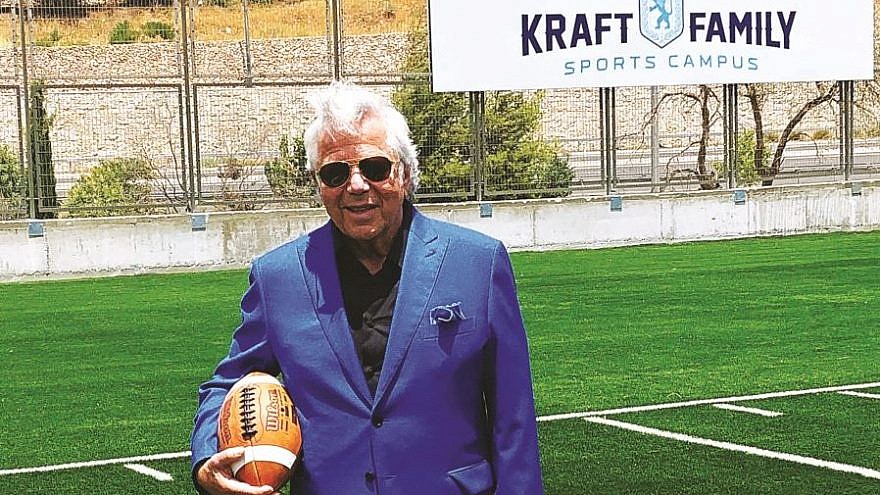 (January 4, 2023 / JNS) The cardiac arrest of Buffalo Bills player Damar Hamlin after suffering an injury in a game against the Cincinnati Bengals on Monday night has generated an outpouring of support and charitable donations — including from the Jewish owner of the New England Patriots.

In the initial 17 hours after Hamlin was taken off the field and hospitalized, his toy drive charity saw an average of 2.5 donations every second.

One of those showing well-wishes has been New England Patriots owner Robert Kraft, who provided $18,003 to the toy drive being held in Hamlin’s name. In Hebrew, letters correspond with numbers — 18 represents the word “chai,” which means life, and the 3 refers to Hamlin’s jersey number.

Hamlin started the toy drive as a GoFundMe project two years ago with the initial target of raising $2,500. Since his injury, the charitable mission has taken off, with over $6 million donated and counting.

Former Patriots quarterback Tom Brady donated $10,000 to the cause and tweeted the message, “We’re praying for Damar and his family this morning in Tampa. Moments like this put into perspective what it means to play this game we love. Thankful for our communities in Cincinnati and Buffalo for the overwhelming level of care and support I know they’ll continue to provide.”

NBA star LeBron James also called for prayers for Hamlin and his family.

As of Wednesday, Hamlin remained in critical condition.