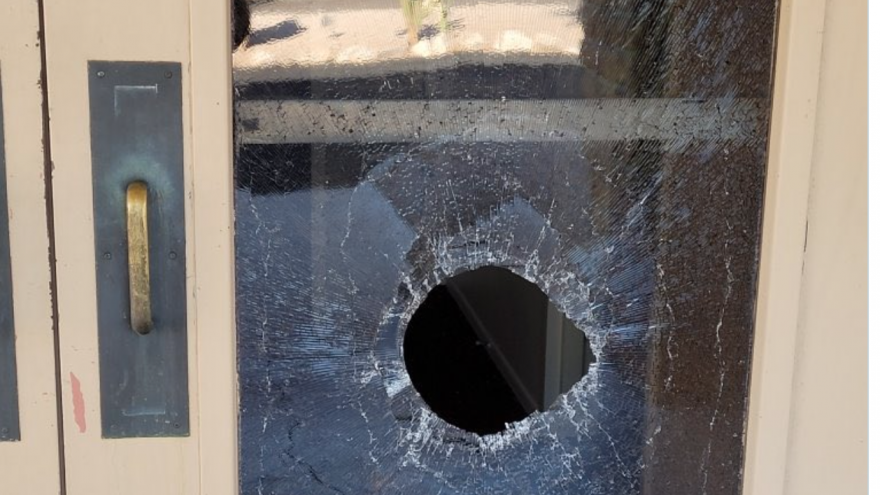 (May 21, 2021 / JNS) A rock thrown at the front door of a synagogue in Tucson, Ariz., broke through the glass window, causing damage that was believed to have occurred overnight on Tuesday and discovered on Wednesday morning.

Giffords, who survived an assassination attempt in 2011 and spent years recovering from a head injury, took to social media to talk about the incident.

“Yesterday, my synagogue in Tucson was vandalized. It’s heartbreaking to see such a disgusting act in a place where so many are meant to feel safest,” she wrote. “Despite these actions, we will not be shaken. Hate has no place in Arizona.”

Hernandez posted on Twitter: “I’m a complete mess in tears as I write this. I just got off the phone with my rabbi; our synagogue was vandalized, someone [threw] a rock at our glass door. This was NOT an accident! I feel numb. … Send prayers our way.”