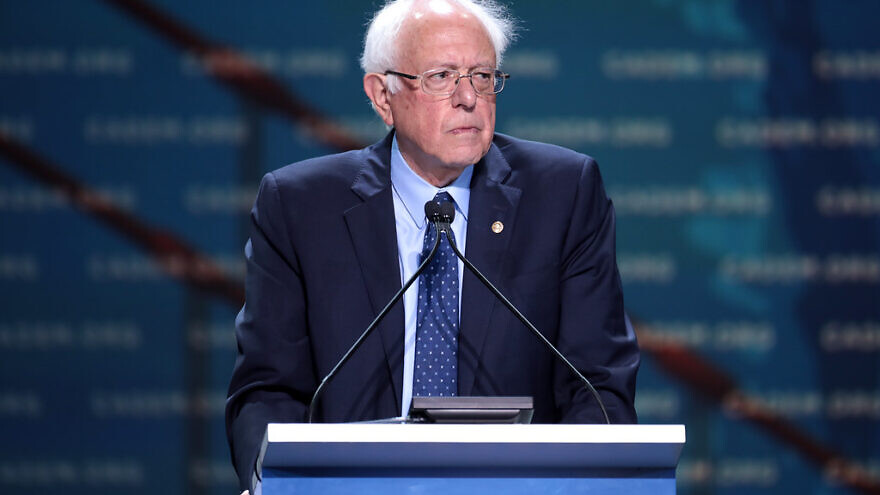 (May 20, 2021 / JNS) Sen. Bernie Sanders (I-Vt.) proposed legislation on Thursday to block the sale of $735 million in arms to Israel, one day after a similar resolution was introduced in the U.S. House of Representatives.

“At a moment when U.S.-made bombs are devastating Gaza, and killing women and children, we cannot simply let another huge arms sale go through without even a congressional debate,” said Sanders, according to Reuters.

The former Democratic presidential candidate said Americans need to take a “hard look” at whether such weapons sales fuel the Israeli-Palestinian conflict.

Reps. Alexandria Ocasio-Cortez (D-N.Y.), Ilhan Omar (D-Minn.) and Rashida Tlaib (D-Mich.) were among those who introduced the resolution on Wednesday to block the aid.

“At a time when so many, including [U.S.] President [Joe] Biden, support a ceasefire, we should not be sending ‘direct attack’ weaponry to [Israeli] Prime Minister [Benjamin] Netanyahu to prolong this violence,” Ocasio-Cortez said in a statement announcing the resolution.