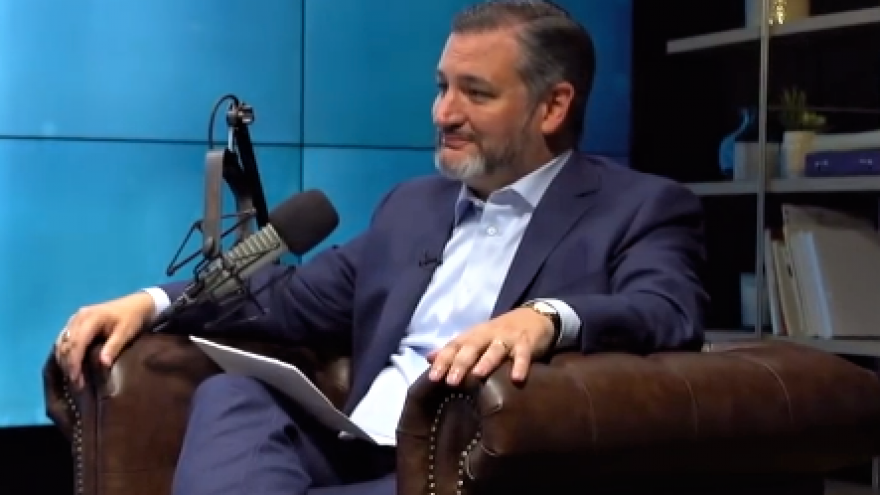 (November 20, 2022 / JNS) U.S. Senator Ted Cruz (R-Texas) spoke at this weekend’s Republican Jewish Coalition Leadership Meetings, focusing on his pro-Israel bona fides and his grievances against Democrats in his address to attendees.

Looking ahead to the 2024 election cycle, he said, “There is no senator the people who hate Israel want to beat more than yours truly,” while pushing for House Republicans to impeach Jewish cabinet members Alejandro Mayorkas (Homeland Security) and Merrick Garland (Justice).

Cruz sat down with JNS to talk about Israel, Iran and oversight of the Biden administration moving forward. The interview has been slightly edited for clarity and brevity.

JNS: We appreciate you taking the time here. There have been reports lately that the American ambassador to Israel, Tom Nides, has advised the incoming Israeli government about its selections for ministerial roles and how it might impact the Americans’ relationship with the Israeli government. What are your thoughts? Is the Biden administration stepping over the line here?

And one of the steps we saw just this past week is the Biden Department of Justice announcing that the FBI was going to investigate IDF officers and go investigate the government of Israel over the death of a Palestinian-American journalist. Now that’s after the U.S. State Department investigated the matter and exonerated everyone and concluded the evidence did not indicate any bad conduct. And the reason the Biden DOJ did that is the radical antisemitic “Squad” in the House made this a cause célèbre. People who are on the far left of the Democratic Party, unfortunately, they don’t hide their brazen hatred of Israel, their brazen antisemitism. And they demanded that the Biden DOJ go after the Israeli government.

They’re sending FBI agents to interview and harass parents who speak up at school boards because they’re on the other side of the political aisle. That should not be happening. And so I have no reason to doubt that the U.S. ambassador is acting consistent with that demonstrated antipathy to the new government in Israel.

Q: The FBI is refusing to even confirm that there’s an investigation happening right now. Are Senate Republicans planning any oversight trying to obtain any information about this investigation?

A: Well, I certainly am pressing to get information on exactly what they’re doing. And I was the first one to publicly call them out and to shine the light on them. And I have called for [Attorney General] Merrick Garland to be impeached. Because as attorney general, he has allowed the Department of Justice to become corrupted, to become politicized and weaponized, and I think he’s done more to undermine the integrity of the DOJ and the rule of law than any attorney general in history. And I include in that group John Mitchell, Nixon’s attorney general, who resigned in disgrace and went to prison.

And so, I will continue doing everything I can. I think we need serious oversight. If we had Republican majorities in the Senate, I could tell you with 100% certainty, yes, we will have Senate oversight over this abuse of power. Because the Democrats, unfortunately, kept the majority in the Senate, I think the odds are extremely low that we’ll have oversight because Senate Democrats have demonstrated that their priority is covering for the Biden administration, and they’ve demonstrated very little interest in engaging in any meaningful oversight.

The good news, however, is we have a Republican House of Representatives. So even if Senate Democrats block oversight, I am hopeful the House will shine a light and get to the bottom of this abuse of power.

Q: Texas is one of a number of states that is looking at the ESG movement—the environmental, social and corporate governance movement—social investing based on “social justice” causes and a lot of antisemitic, anti-Israel activity that’s taking place within that movement. I believe you reached out to the Commerce Department to try to get more information on where it stands. Have you received a response?

A: We have received some responses because it’s an ongoing inquiry. I am next in line to be the senior Republican on the [Senate] Commerce Committee, and the Commerce Committee has jurisdiction over about half of the U.S. economy. And so I had hoped that would mean that I would be chairman of the committee this year.

I can tell you I’m optimistic about fighting back on the abuses of the ESG movement. I think the ESG movement is incredibly dangerous. I think it is the hard left trying to use the financial leverage of capital to achieve their political ends that are too extreme to achieve through politics. And the most effective pushback against it has been in a number of red states that have decided we’re not going to support it. My home state of Texas led this effort here and there was a bill in the last legislative cycle in Texas in the state legislature and it provided that if you boycott oil and gas, the State of Texas is going to boycott you. Texas pension funds, Texas endowments, Texas universities are not going to invest their billions of dollars in funding your effort to bankrupt thousands upon thousands of Texas businesses and destroy millions of Texas jobs. I wrote an op-ed explicitly advocating that Texas pass the bill.

You’re seeing other red states that collectively have trillions of dollars of capital that are being invested, that are using that leverage to press back against the ESG movement that on the one hand is trying to destroy U.S. energy production but on the other side is also trying to through the back door to implement a BDS policy targeting Israel. And I think we should see red states or any states that care about Israel using the leverage they have to say we’re not going to fund efforts to attack and undermine our friend and ally Israel.

Q: In terms of Iran, what do you suggest doing beyond rhetoric? It’s one thing for the Biden administration or Republicans to say we support these protesters. What in practice, rather than in principle, do you feel can actually be done to support those protesters?

A: Reverse every disastrous policy that the Biden administration has put in on Iran since they came in. I believe [Supreme Leader] Ayatollah Ali] Khamenei is a theocratic zealot. He is a murderer. When he chants, ‘Death to America’ and ‘Death to Israel,’ he means that. That’s not empty rhetoric. He believes it and wants to carry it out. The right approach to him, I believe, is “maximum pressure.”

When Barack Obama negotiated the Iran nuclear deal, I thought that was a catastrophic mistake. I led the fight against it. When Donald Trump became president, I led the fight in the Trump administration to pull out of that disastrous deal. Both the State Department and the Defense Department opposed me in that effort. I convinced President Trump to overrule his own secretary of state [Rex Tillerson], his own secretary of defense [Jim Mattis]. We pulled out of that deal. That was the right thing to do.

After we pulled out of the deal, there were still a number of other side deals that remained. For example, there was an exception for oil, and Iran was selling a million barrels a day of oil under the exception. I convinced President Trump to revoke the oil exemption. In that fight, the secretary of state, Mike Pompeo, fought me vigorously, arguing that we should keep the oil exemption. He was wrong. President Trump agreed with me and ended the oil exception. It crippled the Iranian economy and put massive pressure on the regime.

When Joe Biden came in, he reversed every one of those decisions. Right now he’s allowing Iran to sell a million barrels a day of oil. He’s funding the regime. The jackbooted thugs who are beating up and torturing and murdering the protesters are getting their revenue because of political decisions made by Joe Biden in this administration.

I think the response is maximum pressure, that we need to stand up and cut off the cash that is funding the regime. The Biden administration right now is basically filling their bank coffers.