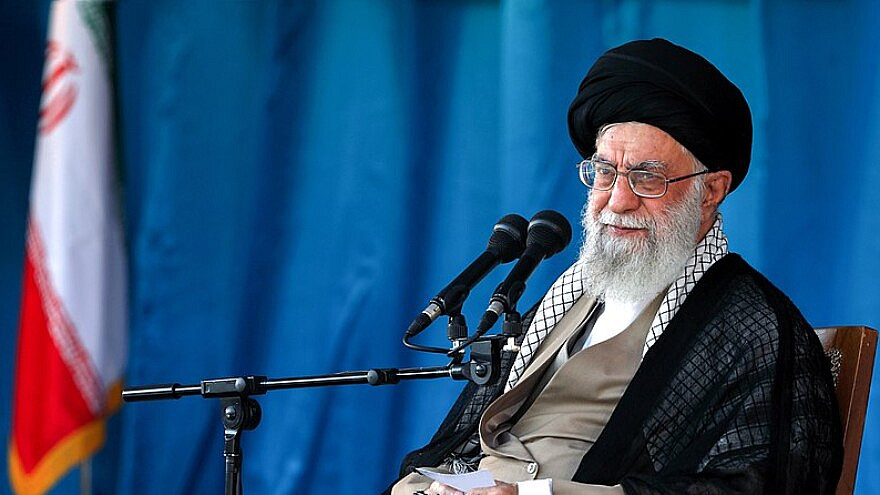 (December 7, 2022 / JNS) Ayatollah Ali Khamenei’s sister has criticized his crackdown on the protests raging across Iran and called on the Revolutionary Guards to put down their weapons, according to a letter her son published in France.

Badri Hosseini Khamenei slammed the religious establishment that has ruled the country since the 1979 Islamic Revolution, according to the letter dated “December 2022.”

“I think it is appropriate now to declare that I oppose my brother’s actions and I express my sympathy with all mothers mourning the crimes of the Islamic Republic, from the time of Khomeini to the current era of the despotic caliphate of Ali Khamenei,” she wrote in the missive, which was shared on Wednesday on the Twitter account of her son Mahmoud Moradkhani.

“Ali Khamenei’s Revolutionary Guards and mercenaries should lay down their weapons as soon as possible and join the people before it is too late,” the letter said.

The Guards Corps issued a statement on Tuesday urging judges to “not show mercy to rioters, thugs and terrorists,” indicating that the authorities have no intention of stepping back from their harsh assault on dissent.

This came after Farideh Moradkhani, a niece of Ali Khamenei and a well-known rights crusader, called on foreign countries to terminate all connections with Tehran over its deadly crackdown on unrest sparked by the murder of a young woman in police custody.