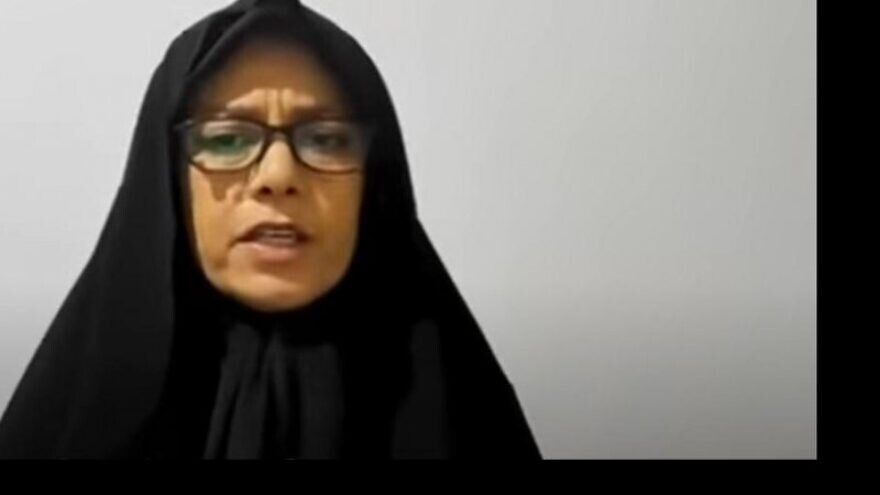 (November 28, 2022 / JNS) The niece of Iranian leader Ayatollah Ali Khamenei, a well-known rights crusader, has called on foreign countries to terminate all connections with Tehran over its deadly crackdown on public unrest sparked by the murder of a young woman in police custody.

According to a tweet from her brother Mahmoud Moradkhani, Farideh Moradkhani was detained on Wednesday as she went to the prosecutor’s office to deliver a court order. Farideh is a well-known rights activist who opposes the Iranian government.

Farideh Moradkhani, in a video statement uploaded by her brother two days later, urged people worldwide to push their governments to cut connections with the Iranian regime amid nationwide protests and to “end any business with this tyranny.

“Oh, free people, be with us and tell your governments to stop supporting this murderous and child-killing regime. This regime is not loyal to any of its religious principles and does not know any laws or rules except force and maintaining its power in any possible way,” she said.

“Now in this critical moment in history, all of humanity is observing that Iranian people, with empty hands, with exemplary courage and bravery are fighting with the evil forces,” she continued.

“How long do we have to witness oppression by political autocrats in any part of this world? Isn’t the experience of Hitler, Mussolini, Ceaușescu, Gaddafi, Saddam Hussein, Khomeini, and his last one, Khamenei, enough?” Moradkhani asked in the video.