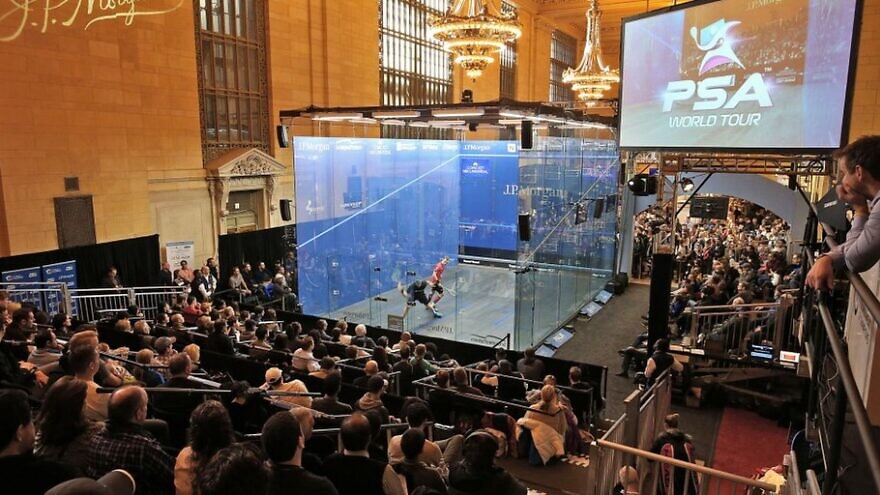 (November 30, 2021 / JNS) The World Squash Federation (WSF) canceled a Dec. 7-12 tournament in Malaysia on Monday after the country banned the Israeli team from entering.

The cancellation comes after the U.K. Lawyers for Israel (UKLFI) sent a letter to the WSF warning it would be in breach of U.K. anti-discrimination law as well as the WSF’s own Articles and Rules if the tournament took place without the Israelis, according to a statement from UKLFI.

The WSF had initially argued that the discrimination against Israel was unforeseeable, an assertion UKLFI rejected, noting in its statement that the “Malaysian government has a history of hostility to Israel and Malaysia does not allow Israelis to enter the country.”

The Israel Squash Federation had asked the WSF in May to confirm that the team would receive visas, reported UKLFI. With days to go before the tournament, the visas had still not been provided.

WSF president Zena Wooldridge assured in a letter concerning the incident that measures had been put in place “to prevent this kind of situation reoccurring.”

“The attribution of any future WSF Championship will require the formal written approval of the host nation’s government that all participants who are eligible to compete will be allowed to do so,” she wrote.