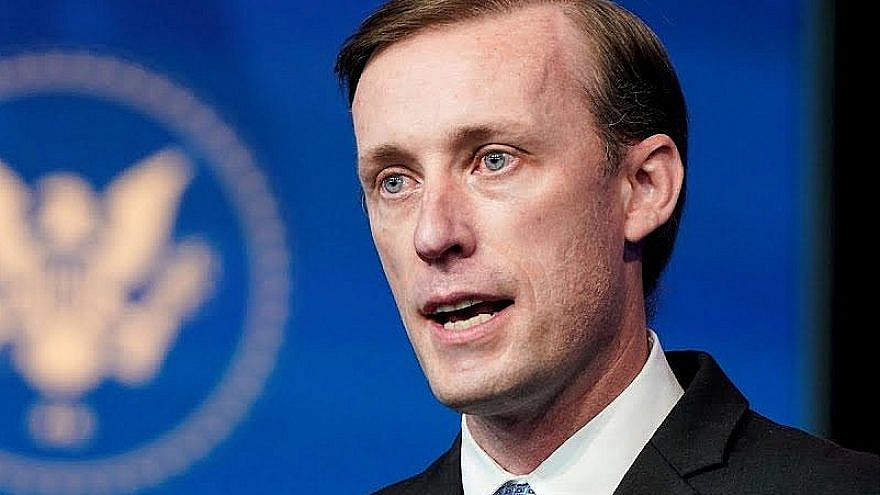 (January 18, 2023 / JNS) U.S. National Security Advisor Jake Sullivan was set to touch down in Israel on Wednesday for meetings with top officials.

In the evening, Sullivan is slated to meet with Israeli President Isaac Herzog in Jerusalem.

Sullivan said last week that the Iranian nuclear threat would be a “substantial topic of conversation” during his visit.

“We’ll have the opportunity to engage deeply with the new Israeli government on the threat posed by Iran. And I think we share the same fundamental objectives. And we will work through any differences we have on tactics, the same way that we have over the course of the past two years,” he said.

U.S. Secretary of State Antony Blinken said on Tuesday that Tehran had “killed” the opportunity to quickly revive the 2015 nuclear deal, formally known as the Joint Comprehensive Plan of Action (JCPOA).

“With regard to the JCPOA, the Iranians killed the opportunity to come back to that agreement swiftly many months ago. There was an opportunity on the table that they rejected, an opportunity that was approved by all who were involved—the Europeans, the United States, Russia and China even at the time. And so, the JCPOA has not been on the agenda as a practical matter for many months now. It’s not our focus,” said Blinken.

He added that the Islamic Republic was making “very significant” progress on its nuclear program.

Israeli Prime Minister Benjamin Netanyahu, who is scheduled to meet with Sullivan, emphasized on Tuesday that the country’s main struggle has been—and remains—against Iran.

Earlier this month, Netanyahu called on the United States and other countries to “stand together” with Israel in confronting Iran’s nuclear ambitions.

Israeli National Security Council head Tzachi Hanegbi said on Monday that Netanyahu would take military action against Iran if the world turns its back on the Jewish state.

“If we are abandoned, Prime Minister Netanyahu will attack Iran’s nuclear facilities,” said Hanegbi, adding: “The central mission of the prime minister and his primary obligation is to ensure that Iran does not obtain nuclear weapons. The alternative to an attack is accepting a reality in which a radical regime has nuclear weapons. No Israeli leader can accept that.”