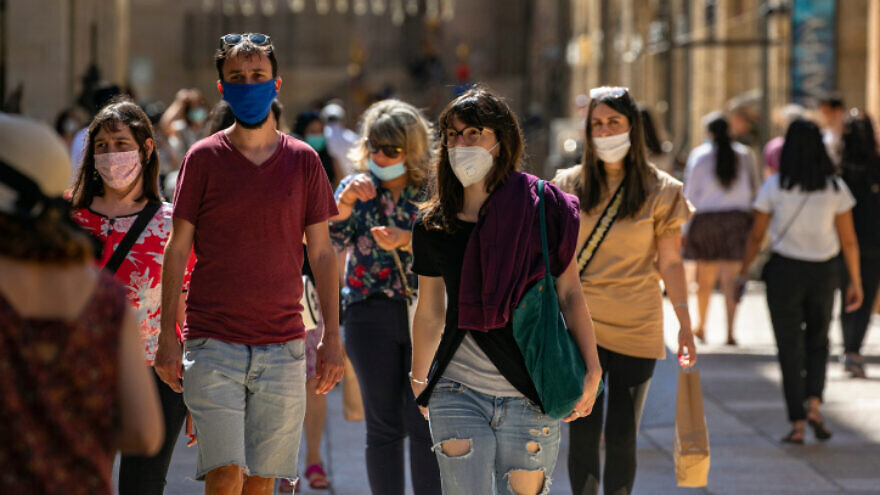 (February 14, 2021 / Israel Hayom) One year into the coronavirus pandemic, Israelis are showing signs of emotional and psychological distress, with consumption of anti-depressants, anti-anxiety medication and painkillers on the rise, as is smoking and weight gain, a new survey by Physicians for Human Rights Israel reveals.

According to the survey, one in every 10 Israelis has taken anti-depressants or anti-anxiety pills, and 42 percent of those did so either for the first time or increased their dosage following the coronavirus outbreak. People have also turned to cigarettes more often during the pandemic, with 34 percent of smokers saying that they are heavier smokers than they used to be. Only 13 percent of smokers said that they had cut down on smoking since the outbreak.

Around 19.2 percent said that they were eating less healthily than they were a year ago.

In a statement, Physicians for Human Rights Israel said that its survey’s findings pointed to Israelis feeling in “great distress.”

“While in some of the indicators we see a greater impact on the Arab population, the warning signs exist among the entire population. The increase in the consumption of alcohol, smoking, as well as anti-depressants and anti-anxiety medication and painkillers, is an expression of psychological difficulty. Add to this the financial and health difficulties, and we have a dramatic blow to the population’s physical and emotional health,” said the organization.

The online survey was carried out by i-Panel among a representative sample of 610 Arab and Jewish Israelis.