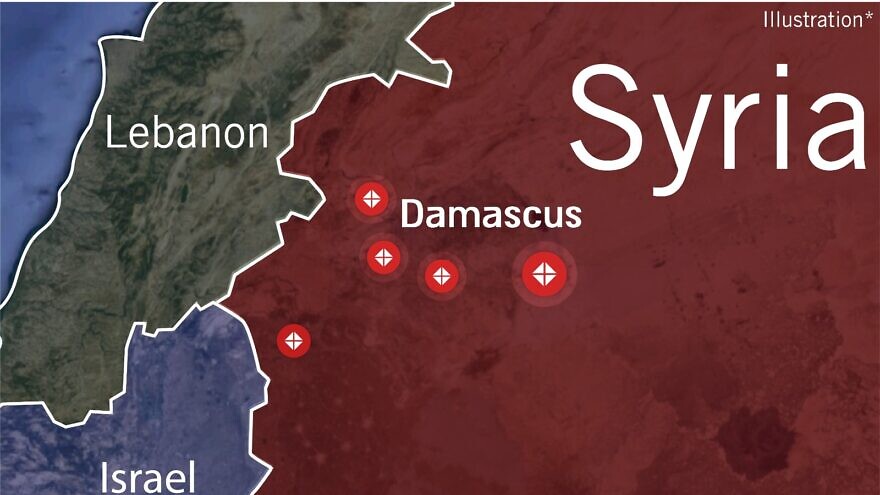 An Israel Defense Forces map of where it carried out airstrikes against Iranian and Syrian targets on Nov. 20, 2019. Source: IDF Spokesperson's Unit.
Spread the word.
Help JNS grow!
Share now:

(March 7, 2022 / JNS) Syrian Foreign Minister Faisal Mekdad said that a reprisal by Damascus to reported Israeli airstrikes on Iranian-linked targets in his country could occur at any time, Kan News reported on Monday.

“We can respond any day; we will not forget,” Mekdad told the Lebanese pro-Hezbollah Al-Mayadeen television channel.

According to the news report, Mekdad said Syria “is able to respond” but refused to say when an attack would come. Mekdad said Syrian civilians dissatisfied with a lack of retribution “have truth in their words. We do not forget our victims.”

Earlier on Monday, the Syrian Observatory for Human Rights said the explosions that occurred in Damascus and other areas at 5 a.m. occurred when “Israeli missiles fired from the occupied Syrian Golan [Heights]” struck “posts and weapons warehouses of Iran-backed militias in the vicinity of Damascus international airport.”

It added that “this is the seventh Israeli attack on the Syrian land since early 2022.”