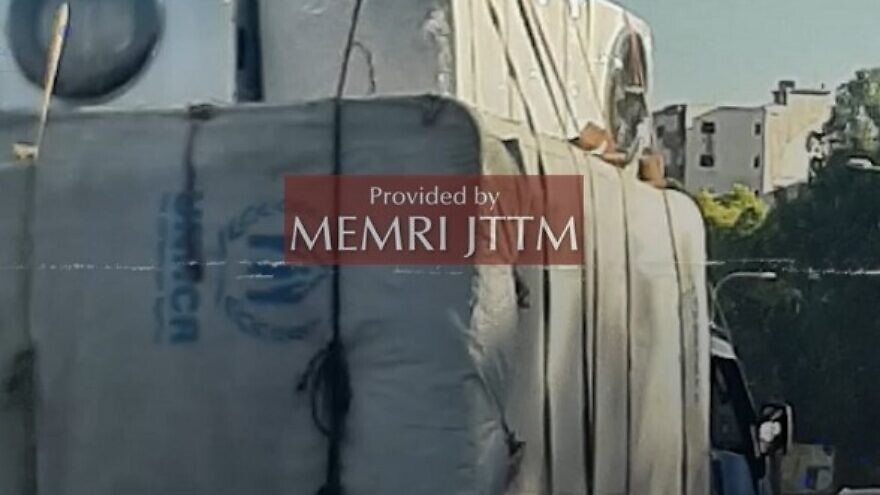 (July 12, 2022 / JNS) The Syrian opposition website Thiqa News Agency posted a two-minute video on Tuesday appearing to show a Hezbollah shipment of shoulder-launched anti-aircraft missiles from Lebanon to Syria, according to a report exclusively shared with JNS by MEMRI’s Iran Threat Monitor Project.

According to the report, the missiles were transported in three Hyundai intercooler trucks covered in canvas emblazoned with a U.N. symbol and in crates labeled humanitarian aid to prevent them from being attacked by the Israeli Air Force en route.

The post states that this is the first Hezbollah shipment of such weapons to be transported across the border.

The site also writes that the terror group entrenched in Lebanon brought Iranian-manufactured shoulder-launched missiles to the Al-Qalamoun area near the Lebanon-Syria border and deployed 15 of them in the rural area of the Homs Governorate.

It further states that in mid-July, Hezbollah is expected to begin to train its members in the operation of these weapons “to repel any attack by the Israeli or American air forces.”