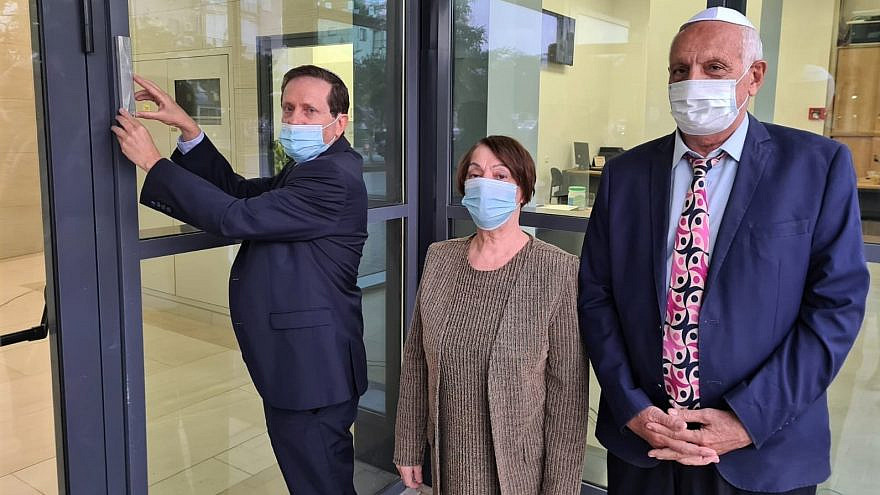 (December 25, 2020 / JNS) The Jewish Agency for Israel’s Amigour subsidiary has completed a social housing project that will provide hundreds of apartments for senior citizens, including Holocaust survivors and immigrants from the former Soviet Union. It marks the first new housing in Tel Aviv in 40 years exclusively available for the elderly.

The mezuzah was affixed on Dec. 15 at the entrance of the high-rise complex of 290 apartments on Tel Aviv’s Derech Hashalom (“Peace Road”) built by Amigour, in collaboration with Israel’s Ministry of Housing and Construction.

Israel’s Minister of Housing and Construction Yaakov Litzman said “we are achieving social justice for the seniors so that they can live a quality life in these apartments.”

Elderly Israelis entitled to public housing will have access to the new apartments as part of Amigour’s national initiative with the Israeli government to construct 2,650 high-quality residential units for seniors on 17 sites across nine cities in Israel.

“The inauguration of the Joseph Wilf Senior Citizens House is a truly momentous development for hundreds of retirees,” said Jewish Agency chairman Isaac Herzog. “As a former Minister of Housing and Construction, as well as a former Minister of Welfare and Social Services, I know firsthand how much a roof over the heads of the elderly means the world for them and their families. We have a duty to ensure the quality of life for Israel’s founding generations, especially for Holocaust survivors and seniors in distress.”